Two years for mobile — the average age is more than old. However, some iPhone 6 and iPhone 6 Plus, released in the fall of 2014, came out with a defect that does not allow them to live to a happy old age in some Museum of antique electronics.

Two years after the release of the iPhone 6 and iPhone 6 Plus device owners began to complain about problems in the sensor display. At the top of the screen there is a grey shimmering band, and the sensor screen stop responding to touch or starts to react worse. The defect has been dubbed the “disease of the touchscreen” or “disease touch” (touch disease).

According to the results of independent studies, at the moment it is the most common complaint from owners of the iPhone 6 and 6 Plus. One in ten (11%) calls to service centers of Apple with this problem. 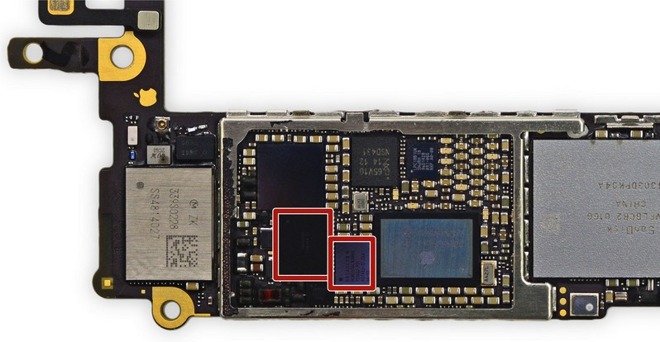 Costly screen replacement “disease touch” not treated — the problem is not the display, a chip on the motherboard of smartphones – the controller’s sensor taps. The defect is associated with deformation of the casing, which is subject to the flagships of 2014 (Bendgate). With regular loads on the body – many small twists that occur every day many times, for example when a person sits on a chair with a smartphone in his pants pocket – the solder between the chip and the motherboard is gradually destroyed and the contact is broken. As you know, because of the excessive flexibility of the hull in the iPhone 6s decided to use a more durable alloy.

“Cured” the defect by replacing the motherboard or soldering of the chip, but for this job only professionals. To temporarily fix the problem, slightly arched iPhone and pushing in certain parts of the body. However, after some time the problem may return, and such methods will not help.

Apple knows about the defect, however, pretends that nothing happens. Victims of companies say they do anything — the warranty on their smartphones has ended.

iPhone 6s and iPhone 6s Plus does not suffer from a “disease touch”. During the reporting period, of all those who applied for technical support at the Apple Store owners flagships no one complained about this problem.