Experiment: to give up for a week from the iPhone in favor of the usual “dialers” and survive

A couple of years ago, the researchers calculated that a person notices the absence of a smartphone in an average of 15 minutes. Nonsense! Try to remove the gadget in a drawer and go into another room. Feel? Feel this emptiness in my soul? Explorer Ferra for the sake of experiment abandoned the iPhone for a week and told about their experiences. 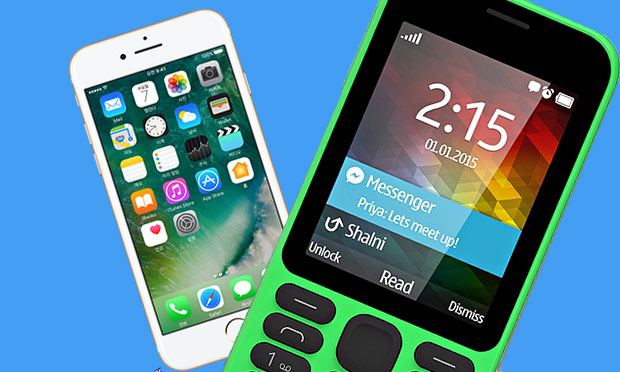 “Well, now at least will not have to charge the phone every three hours!” — fairly, I thought, moving the SIM-ku to some old “ficiton” Micromax, wallowing in the edition a year or two. “Charge is low. Off” — he replied murderous irony and passed out himself, without regaining consciousness. However, 15 minutes charging, it seems, for the week ahead.

Leaving the house and reaching the bus stop, I hung on — it is not clear how soon the bus, I have no more Yandex.Transport. Aggravated pain mustached man: “Young man, what are you doing in the phone there is a program where you can see everything. 764 far?”. Seeing Nettleton, uncle chewed on his mustache and went to the side covered with tulips “Alma-ATA” walk.

Found in dupione the game: drive the race car into the oncoming lane and trying to… well, in General, trying to survive in the process of implementing this wonderful fresh ideas. Tighten any better than Angry Birds.

I put the baby to sleep. Was a good father — not to be distracted. Fell asleep first. Snoring wife came in, saw a confused son.

Morning procedures are now much faster.

Before going to work I was going to pick up a book from the office of the shipping service. Yes, paper, I can now read only those. I had a text message with the address that came already on tupian. Dom 18, korpus 6. Six, Carl! In the grove buildings. Of course, I remember that it was somewhere near the metro. But how to find the right house without the card in the phone? Answer: feet long. 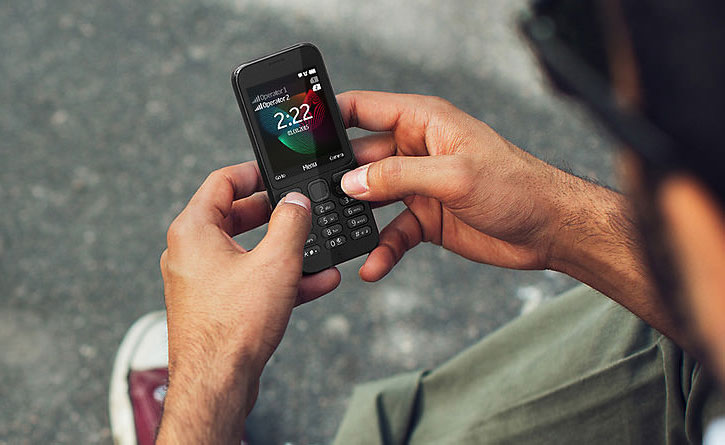 On the way to work news reading on a smartphone and on a laptop using Wi-Fi in the subway. I guess that makes the experiment not very clean. Although my MacBook Pro only pounds lighter than the machine that I had when the word “ficiton” has not been invented yet and when they were just phones.

When they reached the workplace, too scared to check the mail. Don’t care if the letters are many fresh spam press releases to disassemble — it is a short. But skip urgent — dangerous. And “urgent” means “to be answered in 10 minutes.”

Had time to think. Not to do something specific, not to solve problems, to think, to invent, to play thoughts. Missed it.

I remember that when I started going to the gym and gave up everything delicious in favor of chicken breast, a couple of times I found myself sitting at night in the kitchen with a marshmallow or a cupcake in hand (well, mouth). Today he came to himself, unconsciously flipping the tape Facebook at 5 am to like something (someone?) extracted from box smartphone.

Really miss the app “Notes”. Perhaps it topione is. In extreme cases, can and SMS to write myself — thanks to Beeline, which is hell-the devil pours me a bag as much as a thousand messages every month — but even T9 will not uganada for my thoughts. And I want to record them. In the bag settled a Notepad and pen. Absurd to some: I feel like I fell not ten years ago, and fifty.

Wanted to take a picture of your dinner (crossed out) beautiful sunset (crossed out, well, who am I kidding) your lunch. I don’t know why. Instagram in my life will not be for several days. Camera dupione found. Terrible. But worse than the other: memory was enough for one photo.

Recently, before the start of the experiment, revised the presentation of the first iPhone. Wondered unbridled applause after the demonstration of each feature. And even the reality distortion field of jobs I then felt watery. Now you know the reason of the delight of the audience. Toofan very uncomfortable and very strange. It should be dealt with.

The technology used with frightening speed. Seriously, Yandex has released its Transport is six months or a year ago. Waited, waited a very long time. And now it’s getting unbearable to wait for the bus if you don’t know how soon it will arrive.

And that’s what I’ll tell you, friends. You zazhralis! The new iPhone is nothing new? Sixth Android is not admired? You just forgot the pain that overcame a few years ago. 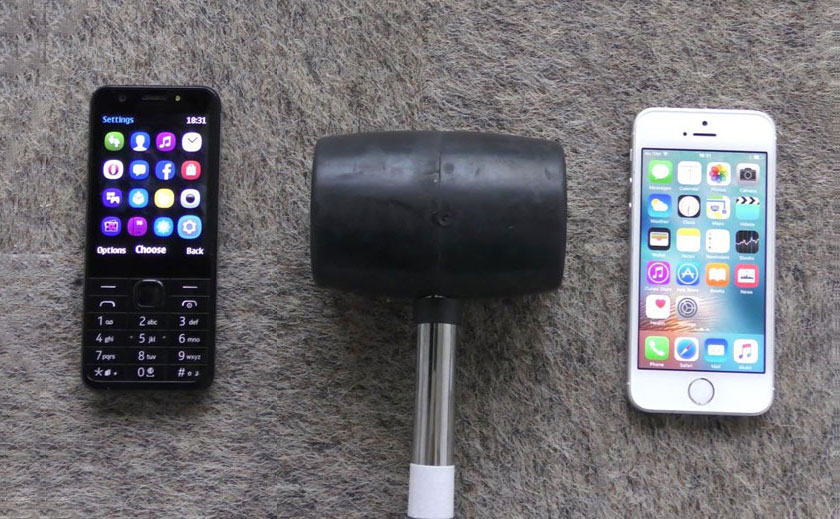 The smartphone is a major distraction. I began to notice that people are talking to each other, staring at the phone. Attention scatters to get the man that he delved into the conversation, almost impossible.

Google has hammered the first nail in the coffin of knowledge in General and local memory. The smartphone scored the second. Constantly find myself googling something in the head of the information, there is only understanding how to find her. The final nail will probably sunglasses tips.

Began to talk more with my wife. But now I see that she is constantly looking to the smartphone. Annoying!

Tomorrow’s alarm is set already on the phone. God, it was perfect.

Nothing. Of course, I can’t abandon my smartphone. Who I am, and how and at what pace I work this ground you cannot turn back. If we switch back to the horses, there is not going to catch and become hermits. Well, or at least unemployed.

But there are times when a smartphone is better to postpone.