A new message type will allow to diversify the communication in the most popular social network.

Now users will be able to create 3D objects, interaction with which is possible without virtual reality devices, and publish them directly to Facebook.

The update will allow developers to create 3D objects in Oculus Medium, as well as in Facebook Spaces and share them in news feed. For example, if someone puts a 3D image of the van, other users will be able to rotate and examine it from all sides on the screen of their smartphones. In addition, you can open doors and climb inside a 3D machine.

This is an interesting innovation, the popularity of which depends on the developers. Whether they will do 3D objects and publish them. The process of creating one message seems pretty time consuming. On the other hand, the developers for Oculus will get an excellent opportunity to demonstrate their own capabilities. 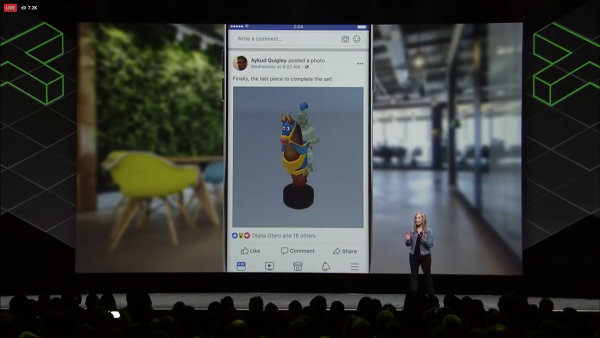 New message type can also affect the increase in the number of users of virtual reality devices in the case that 3D features will be used to preview the games or showing off new content.