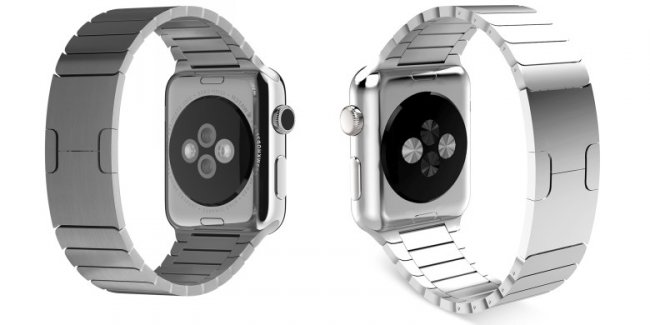 When we see in online shops a cheap phone that looks exactly like the iPhone, anything good from this product we do not wait. And it is not without reasons: the Chinese still have not learned to produce high-quality counterfeits of Apple technology. But as for the accessories, which does not require the most sophisticated and modern technologies, the situation is much more encouraging.

Left on the picture above you see a link bracelet for the Apple Watch, which sells for $ 449, and the right bracelet fake for $ 90. According to reviews in the Amazon store, this counterfeit is no different from the original not only in terms of appearance, but in terms of reliability and quality of the material.

In addition, in some aspects fake watch straps and bracelets for smart hours Apple even surpass the original. For example, some models of non-original sports straps available in color options that are missing in the official palette. Also some users report that the products of certain manufacturers paint slides much later than the original sport bracelet.

When you consider that the official accessories for the Apple Watch are not cheap (from 49 to 449 dollars), it is logical that users will increasingly resort to using third-party craftsmen. The more that they can make a solid competition to Cupertino, not only in the issue of pricing.