Proven insider MyDrivers reminded us about the device, which is no news, although it is one of the most anticipated for many this year. We are talking about the Xiaomi notebook, which the media often called “Chinese Apple”.

In the spring of this year appeared the information that Xiaomi wants to produce not only a great laptop, but also to organize high-quality after-sales support for its products. So the release of the notebook was delayed in the second half of this year. Earlier there were rumors about the fact that for each processor for future laptops Xiaomi company receives a gift from Intel for tablets.

Sources claim that everyone will be able to take a laptop Xiaomi during the summer vacation. In other words, the novelty should be out in the next couple of months, at the same time, if you believe Xiaomi, the corresponding conference, which will be announced the laptop, will be held during the month.

Numerous rumors about the release of the first laptop Xiaomi confirmed a clear photo of the device. Source of the picture says that it is nothing like the first model of the laptop with a 12.5-inch display and Windows 10 as the software platform. 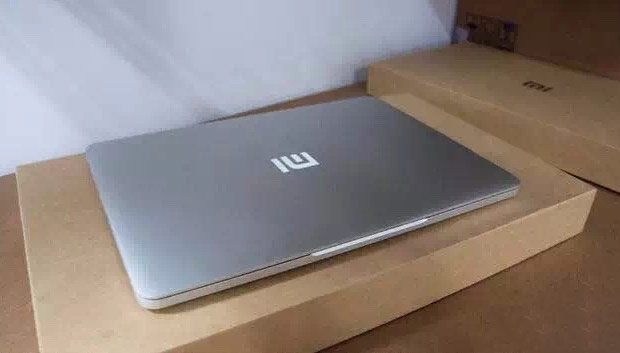 Love the Chinese brand to the Apple reminded myself here — the laptop is quite similar to the MacBook. It features a logo on the cover and maybe some details of the design of the keyboard. However, it is likely that we are talking about the fake – to fake such an image in a special work will not make.

According to rumors, the MacBook competitor from Xiaomi will be focused on young people, i.e. students, pupils and socially just active users. Accordingly, the product price will be very attractive that is the norm for the Chinese brand. Accessibility has always been one of the main advantages of the devices of this manufacturer.