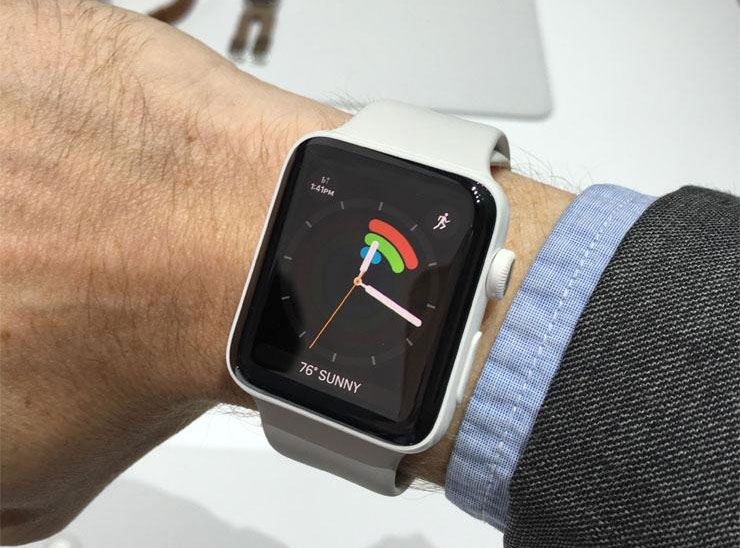 Anyway, the design of the Apple Watch has not changed, and for some it will be the main reason not to buy the device. But there was a full protection from water, so at least swim in the pool of smartwatches. In addition, Apple added a wearable device’s ability to track the process of swimming, given the number of laps, pace, calories burned and so on.

As for parameters, we are talking about the new single-chip platform S2, a doubling of GPU performance, and twice as bright screen. Also now the watch is a GPS module. Along with protection from water and makes it appropriate FOR Apple Watch 2 Series in a more productive activity tracker.

Apple offers new straps and a new modification of the hours in a ceramic package. Also submitted a separate version of the Apple Watch, Nike+ created in partnership with Nike.

The cost of the Apple Watch Series 2 in Russia starts with a mark 33 990 rubles, and updated the first model of the Series 1 equipped with new dual-core SoC, now can be bought for 24 990 rubles.