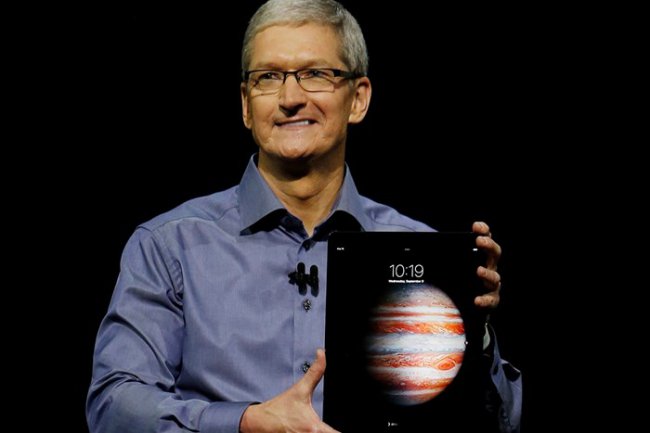 It is difficult to disagree that the iPad Pro is a real hero of a recent presentation. Despite appearing a long time ago the rumors, the new product won the admiration of many (including your humble servant), permanently settling in the headlines of industry publications. Several inherent features of the gadget somehow remained behind the scenes, and let’s look at the most interesting of them.

Let’s start with the outside. The first interesting point is the weight of the device with screen diagonal of 12.9 inches, it weighs 712 grams. Not impressive? And for good reason: the iPad Pro only 32 grams heavier than the first iPad, the diagonal of which was not an example of less.

The second feature of the gadget — the lack of 3D Touch. Proprietary technology introduced in the iPhone 6s, cool extends the capabilities of the interface, but to other members of the family of iOS is not yet reached. In principle, the solution is quite logical: the new technology easier to debug on the same device, in addition making it an incentive to upgrade. Moreover, the degree of pressing can recognize Pencil.

The third caveat is associated not only with screen novelties, but his companion — the aforementioned Apple Pencil. Once upon a time Steve jobs said about the stylus as the rudiment of a smartphone. This, of course, I have to mention skeptics, but the attentive reader will immediately realize that the speech then went about managing the device. In the case of Pencil target audience are the company’s traditional community of graphic designers, and its main purpose is drawing. In order to make the pen more comfortable, the developers have set under it the display: when you connect a Pencil the number of touch points is doubled, and the polling rate is 240 times per second. This allows to achieve ultra-low latency in the display. 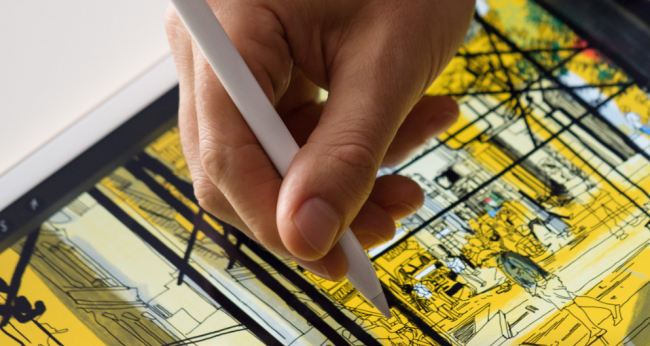 Continuing the theme it is worth mentioning some limitations of the work of the Pencil. The first one is purely technical in nature — the gadget works exclusively with the iPad Pro. Why? It’s simple: the tip of the pen is not capacitive, so traditional screens used in iPhone or other models of “Apple” tablets, at least for it. The second limitation probably stems from the connection method of the pen and is the need to conjoin it with the device. How many of these can be connected to a single Pencil is an open question; it will be interesting if Apple will allow simultaneous use, as is done, for example, in wireless headsets.

The last item on our hit parade was a great autonomy Pencil. Gadget is not only capable of working almost twelve hours of battery life, but charges her with incredible speed. According to the statement Apple fifteen seconds (!), to recharge Pencil for half an hour, while the power source is iPad. Of course, the firm does not require accessory adapter: the device is equipped with the usual Lightning connector.

Finally, let me repeat that in my opinion, the iPad Pro is one of the most interesting novelties of this autumn. As usual, to answer the question about the contribution of this and other devices can only the time, but now it is clear: no matter how hard critics of gadgets, the Union of engineers and marketers from Cupertino still knows a lot about.

According to the materials of BGR