2016 at WWDC Apple introduced a radical renewal of the proprietary iMessage chat giant emoticons, fireworks full screen, support handwritten messages, an abundance of stickers. But the most significant upgrade went unnoticed. iMessage opened for developers, which is much more important than any fireworks, balloons and confetti together.

2016 at WWDC Apple spent a lot of time iOS 10. Particular emphasis the company has made in application for messaging. Overall, if you enjoyed in the past few years, other messengers, updates, iMessage will seem very familiar, but they felt their own style of Apple.

Apple’s decision to turn iMessage into an open platform is much more important than all the effects in the style of Snapchat, which has collected the lion’s share of attention at the presentation.

The new kit allows developers to create extensions that provide users the ability to use third-party apps without leaving iMessage. Just click on the icon of the desired program near to the empty text box to select the client and share the content. 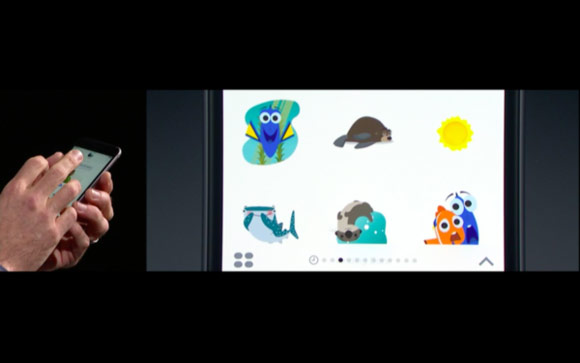 To demonstrate Apple used a program to create funny pictures JibJab. JibJab allows you to share with friends e-cards, and extensions for iMessage allows you to choose your desired photo in the gallery and create a GIF. After you send the message this way, it will appear in the same iMessage dialog with a button under the image to download JibJab. While Facebook Messenger immediately throws in the App Store, proprietary chat Apple leaves users in the application.

“This is a monumental improvement. If one of our users shares content through JibJab, he has no backlinks. People do not know where these data come from and how to get it” – said Gregg, Spiridellis, head of JibJab. 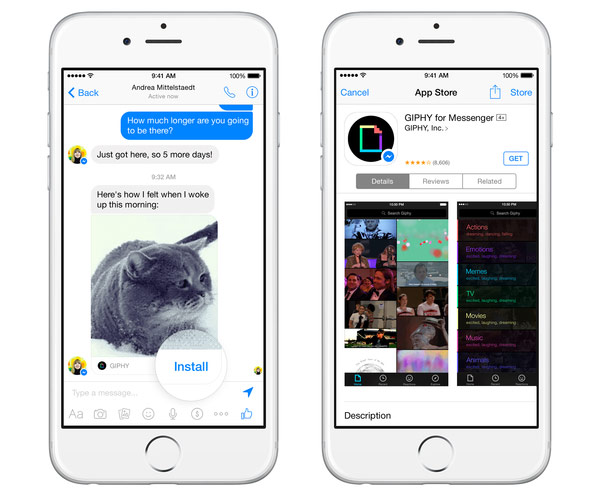 Facebook also used a JibJab to demonstrate his messenger in 2015. But the implementation of the Apple a distinct advantage, since the service is integrated with the operating system.

The iMessage platform has huge potential and the opportunity to become a universal hub for sharing content from different applications.

First there are the stickers

As conceived by Apple, iMessage is not just a service to exchange messages with stickers and emojis, it’s also a handy tool to transfer money via Apple Pay. The company plans to oppose SDK Siri gaining popularity bots. 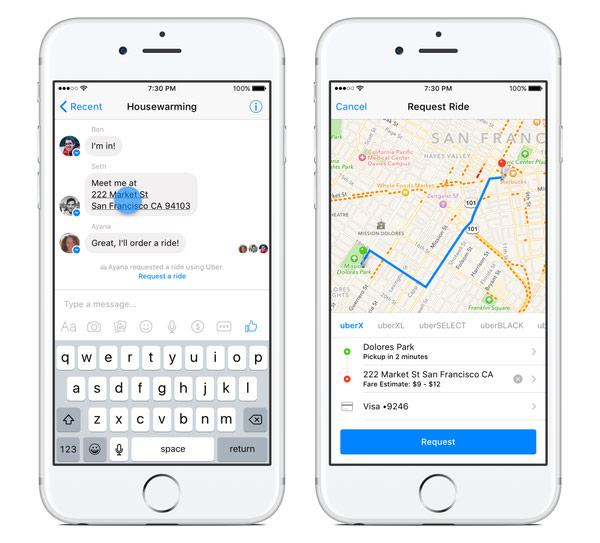 App for sending messages from Facebook every month using more than 900 million people who send SMS, stickers, money transfers and more without leaving the messenger. Some functions are activated after additional software. WeChat in demand with more than 700 million people, mostly from China, where Apple wants to dominate.

It is unknown how many users prefer iMessage, although in the presentation, Federighi said that “Messages” is the most popular app on the iOS platform. This is not surprising, given that a huge user base and about a billion Apple devices active.

Entrepreneur Matt Galligan, founder of the now-closed news app Circa, wrote an article in which he imagined what it would look like the platform iMessage. Many of the described functions have already appeared in Facebook Messenger, but now, as we can see, and iMessage turns into a platform.

Apple refused to create iMessage for Android, which Facebook and WeChat will be more users. But, if the messenger will be a common hub for other services, the company can protect its hardware integration, that will never be competitors.

“Tomorrow’s children will not even have an idea about the English language,” joked Craig Federighi on the new features in iMessage.

Some visual changes, of course, will not be popular with users who need only letters. But, if Apple will interest the younger generation of iPhone owners by innovations in iMessage, tomorrow they will become loyal brand users of Apple services. And, as we know, this is the future of the company.