From China with love: in Moscow seized a shipment of fake iPhones 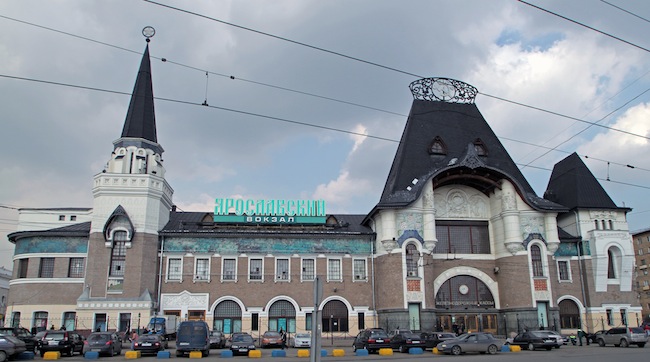 On the various Chinese knockoffs of the iPhone, I think many have heard. In China almost every day produce another copy of the popular flagship from Apple, except that a long service life, it is no different. In addition, out of the box the fake you might find that it works on the Android operating system.

Of course, made counterfeit phones needs to be implemented, otherwise their release would not make sense. The party of smartphones distributed around the world, and, unfortunately, crooks are not bypassed, and Russia, where recently discovered an impressive number of mobile phones.

According to the news Agency “Interfax”, at the station Moscow-Yaroslavl in the centre of the city law enforcement authorities seized 103 bales allegedly with smartphones from Apple and Samsung. Apparently, the party was very large, because all fake products estimated at 180 million rubles.

Police found more than eight thousand phones in the baggage wagons of the famous train “Vladivostok-Moscow”, a route which runs through the whole territory of our country. It is believed that counterfeit smartphones initially transported to Vladivostok from China, and then distributed them across Europe and Asia.

Where this large party? It is not known exactly, it should be found out by the authorized bodies. But there is no doubt that somebody’s wallet will be empty for a tidy sum, because illicit trafficking is a huge loss. But deceived buyers will be much smaller.

All it proves is what the scale at the moment is taking the market fake mobile phones. And, as a rule, there is a demand: not all is able to distinguish the original iPhone from clever forgery. Very sorry for those who commit a fraud, and the result is a brick in your pocket.

By the way, according to “Interfax”, the damages Apple was dealt a not very significant — only 10 million rubles. The Samsung case is worse — the share of smartphones with trademark South Korean corporations far exceeds the number of iPhones, resulting in the company lost 170 million rubles. Is it even for fraudsters manufacturing fake Samsung is more priority than phones Cupertino? Most likely, the fact is that in the latter case the costs work out much higher.

By simple mathematical calculations we can calculate the cost of one counterfeit phone — it ranges from 18 to 20 thousand rubles. But I don’t think the bags would-carriers were the only model of the Galaxy S III and iPhone 5: perhaps a significant part of the party was budget smartphones cost from 10 thousand rubles. Profitable business.

Be sure to purchase Apple products from trusted sellers, even better — the official retail store of the company. Only then can you protect yourself from falling into online scams, which in recent years the market has become very much.