From love to hate: first the user reviews on iOS 11

Many iPhone and iPad users have already managed to install and test the latest revision of the iOS platform 11. MacDigger gathered the opinions of the first users of the new OS. 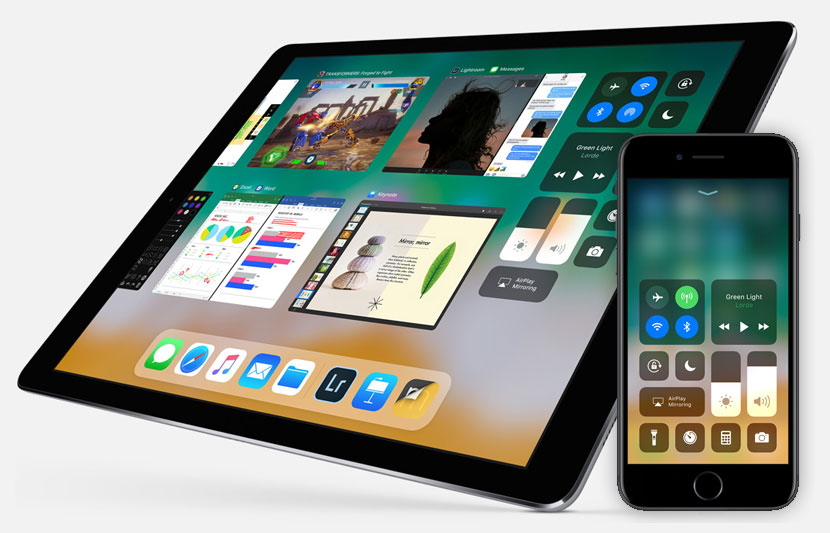 On Monday Apple announced the next version of the operating system for the iPhone, iPod touch, and iPad. Interesting features and solutions appeared quite a lot: redesigned control center, keyboard for typing with one hand, text queries Siri, the new design of App Store, video recording with screen, support QR codes in the camera, new multitasking on the iPad. And this is not a complete list of new features in iOS 11.

Many iOS users rushed to install the new OS, because Apple has already provided access to. It is interesting that among the comments can be seen as satisfied with the feedback testers and extremely negative statements. But happy users was much greater. 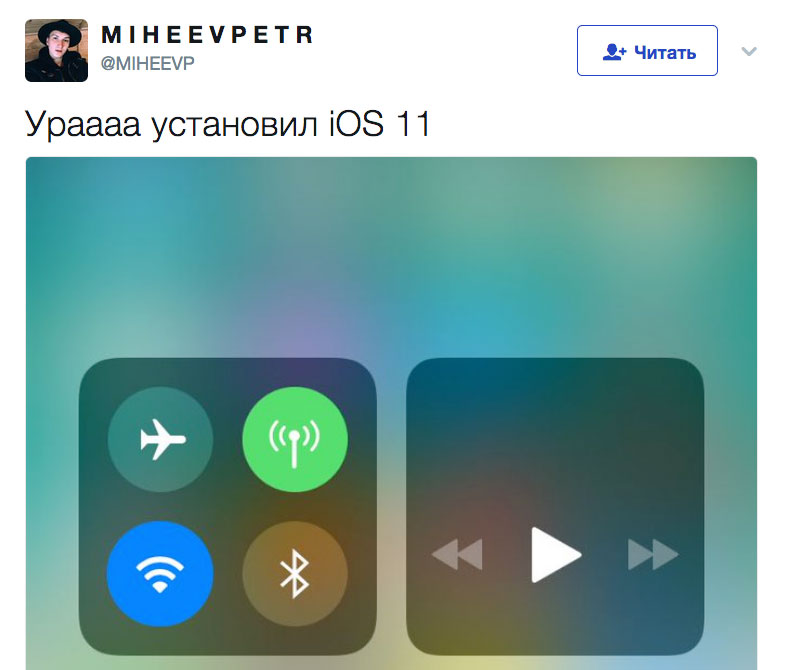 Some users end up not determined its rating iOS 11 because of the strong freezes “OSes”. This often happens in versions for developers: usually all the lags and freezes eliminate only closer to the final assemblies. 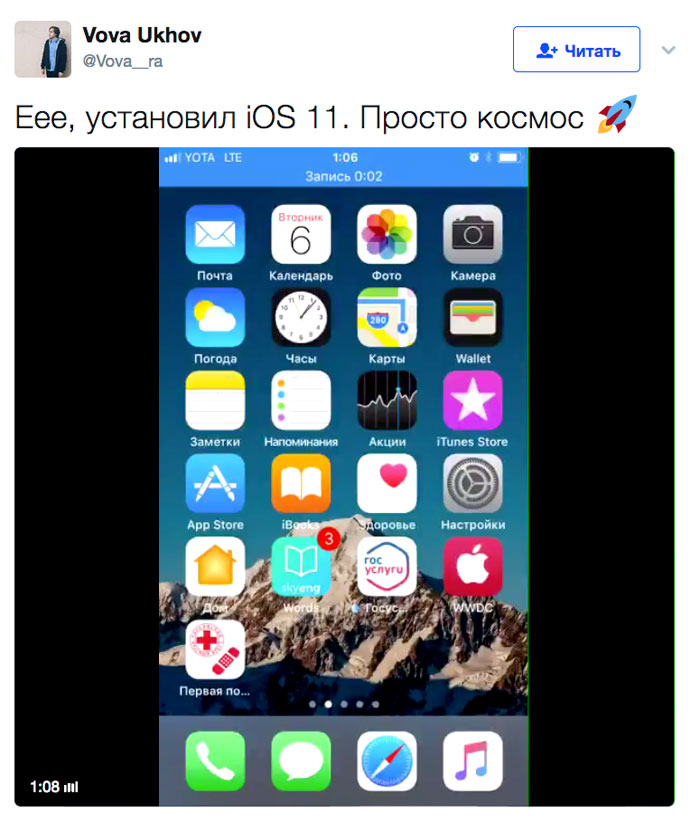 There were those who iOS 11 categorically did not like. Moreover, iPhone or iPad with the OS installed on Board was not too wordy. Some have compared the new platform with Android. 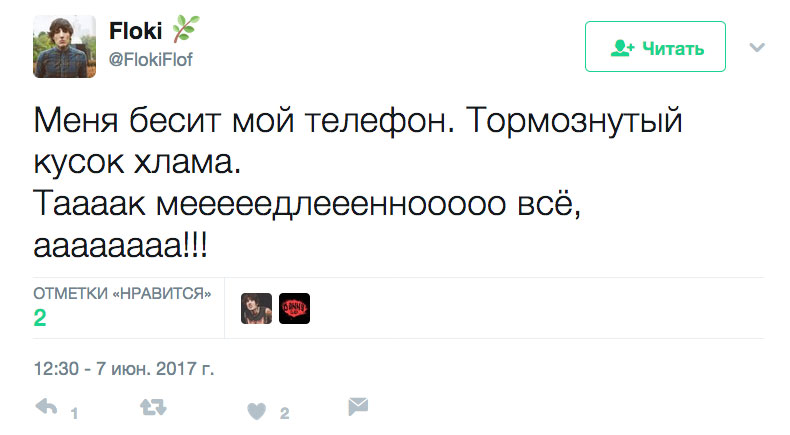 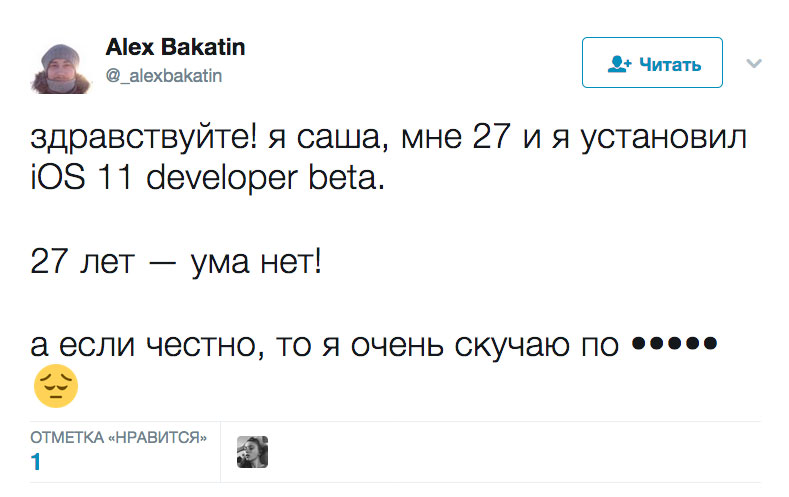 Someone unlucky, stronger than the others judging by the feedback from the user after flashing lost all personal pictures that were on the device.

Recall, Apple announced iOS 11 on Monday at WWDC and a final release will take place this fall.