We continue to tell about interesting games. On the queue — Merge Plane — arcade flight simulator. The player to build his own airline with the best aircraft to earn as much money as possible. 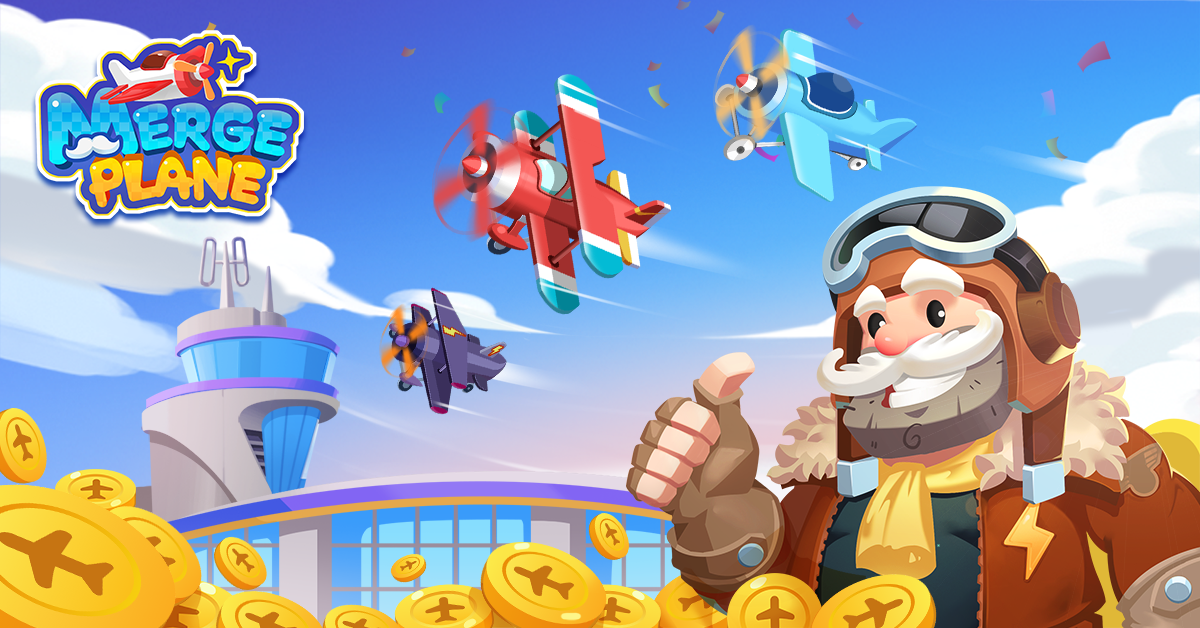 Arcade games — one of the most interesting genres on smartphones. They do not require special attention, they can quickly start playing without training, and they have a large number of levels. The game Plane Merge combines all these qualities.

When I first noticed this game in App Store, I would expect to see something different. But the unique concept of the Merge Plane is amazing. After the game in the center of the screen will be a few places for planes. They can buy, receive daily gifts and bonuses or win the lottery. Planes need to constantly improve to bring more money to upgrade and expand the fleet. 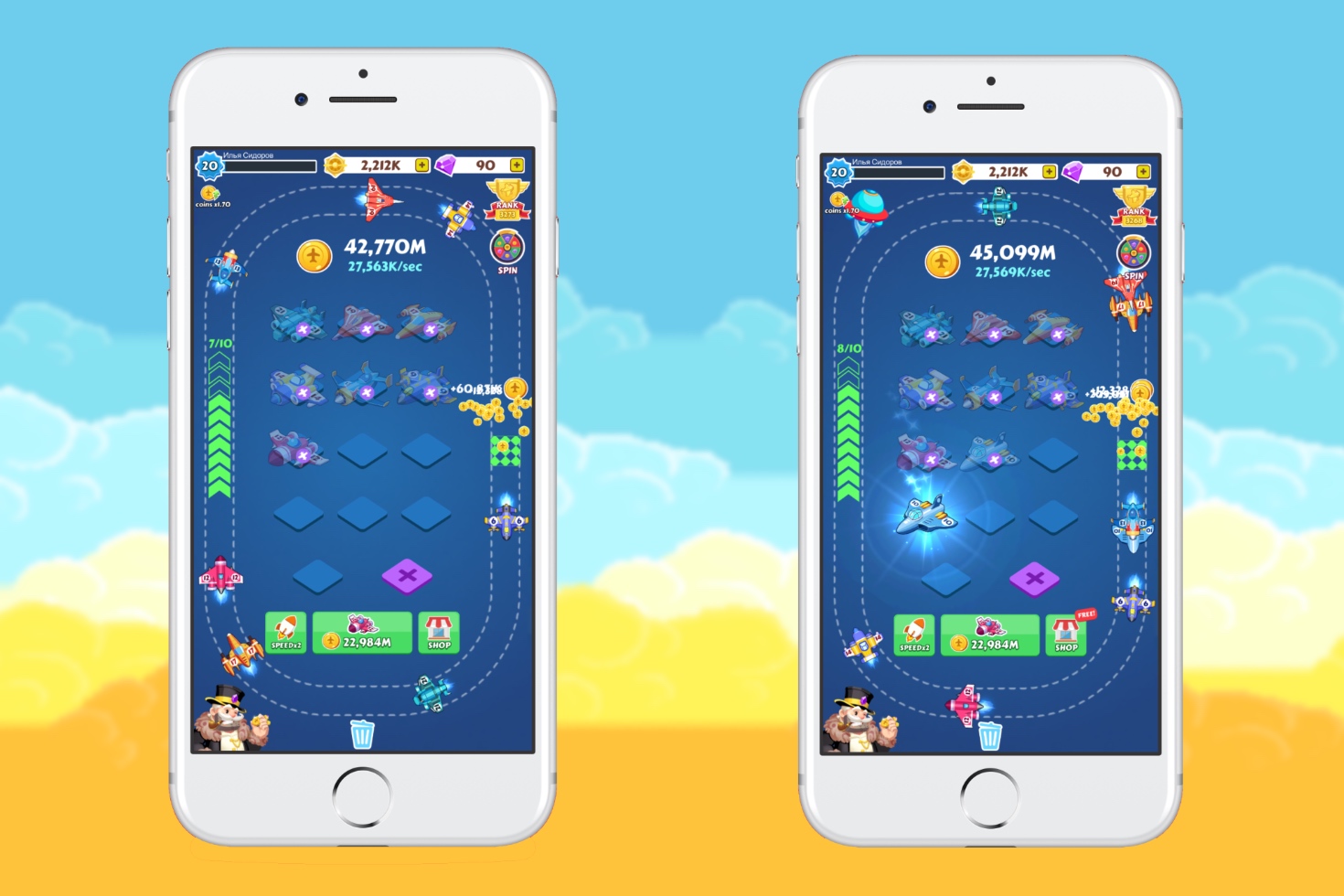 The game has 40 types of aircraft. It may seem that this is not enough. But believe me, to buy the plane last level, you will need to spend a few months. This is assuming that the developers will not add new planes, but it will happen.

Each plane can be sent on the line to bring money. Interestingly, the developers decided to use the racing circle, in which flying planes. An unusual solution for the simulator.

In addition to aircraft, it is necessary to improve the track. This gives you the opportunity to make more money and bring more aircraft to the line. 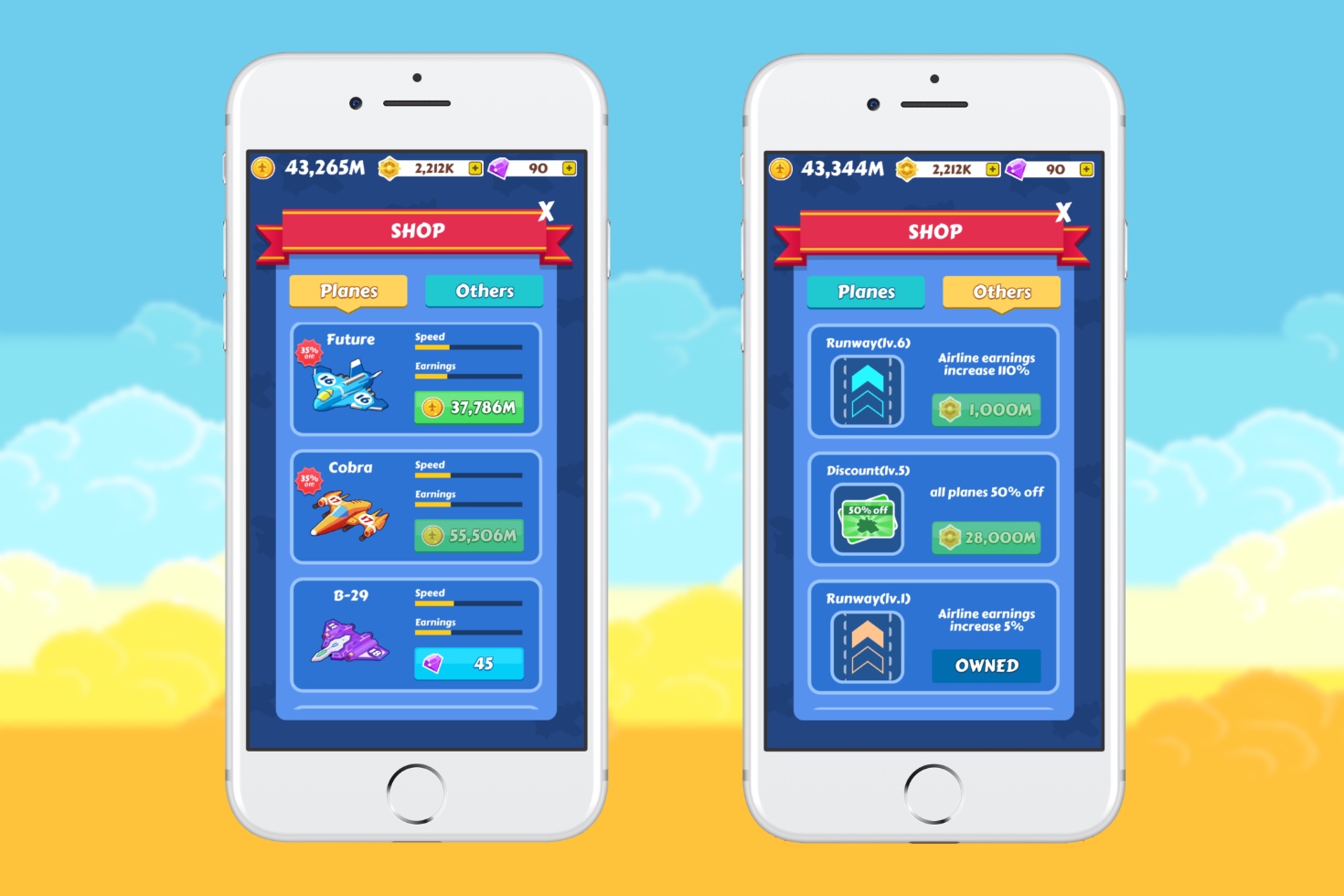 The game has three types of currency. Ordinary coins, which earn the aircraft. They can be used for the purchase of new aircraft or exchanged for other coins which are used to improve the alignment. Still have the crystals that are used to receive extraordinary bonuses.

Speaking of bonuses, there’s plenty of them. As has been said, to get them, you need to spend crystals, which are expensive currency. You can buy them with real money or earn through achievements in the game. In addition to the crystals that give bonuses for watching promotional videos. Among the bonuses come across free planes and a fivefold increase in profit which brings the fleet. There is also an extension that speeds up the track so that the faster aircraft was making money. 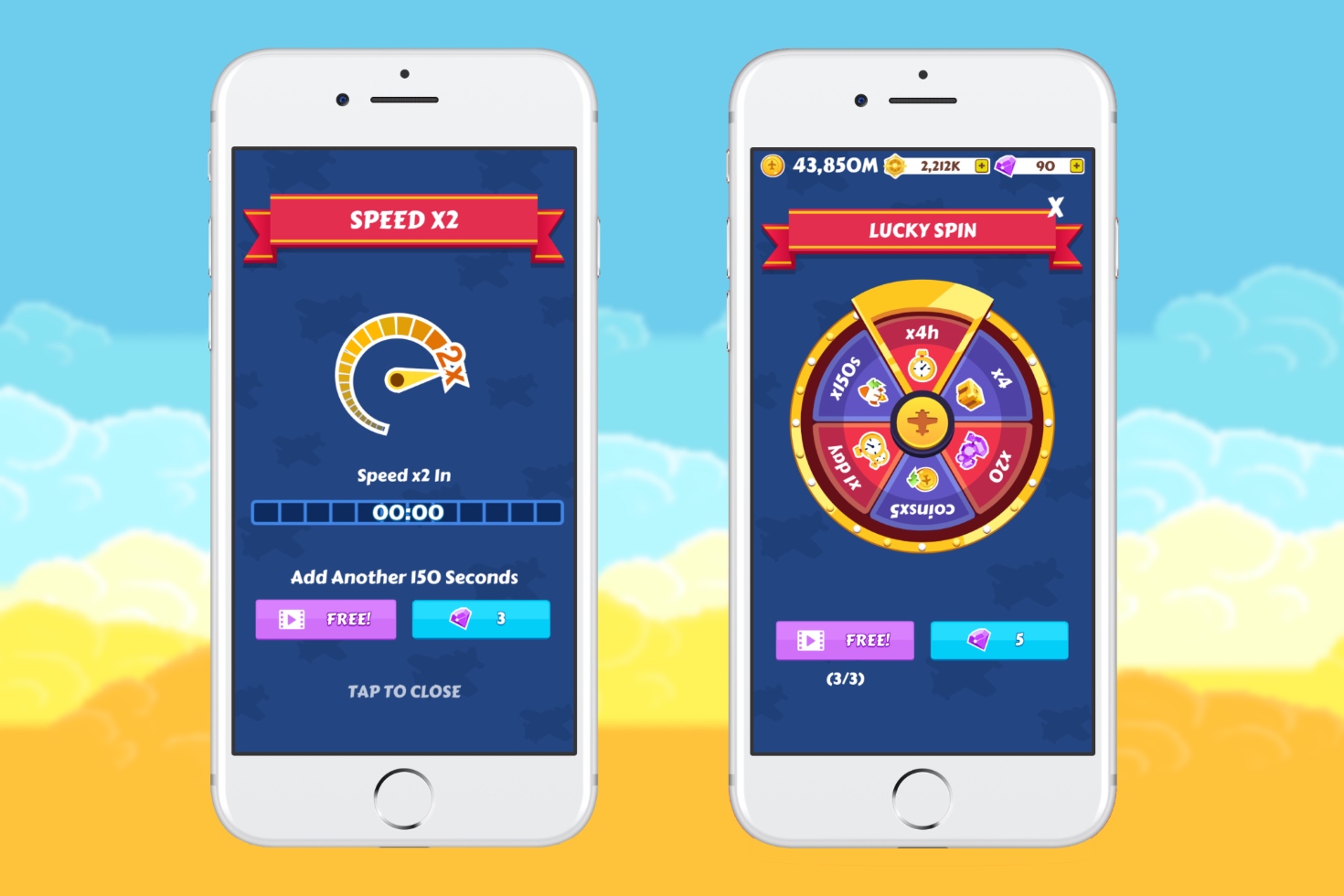 All items in the Merge Plane is very well drawn. The same applies to effects. The game is free, but for 149 rubles, you can disable ads, and for 379 rubles to purchase a subscription which opens up additional improvement. But if the ads make sense to pay (although it is not a fact, because it is rare), then spending money on a subscription is not worth it.