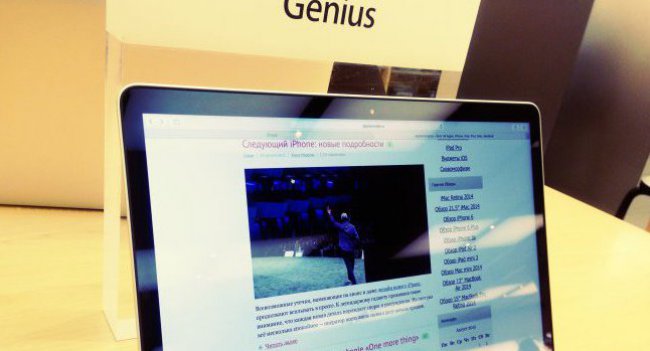 Reliability, coupled with the simplicity, is the cornerstone that Apple founder Steve jobs laid into the Foundation of the “Apple” of the Corporation. However, whatever the technique, its operation process will inevitably arise various questions. Sometimes they are caused by malfunctioning software issues, at least — the fault of the electronics, but, fortunately, there is a category of problems that can be solved without going to repair or buy a new device. These are the questions most often asked in the comments, and in the Genius category we will try to help.

The first issue relates to problems MacBook in sleep mode.

In this situation it is recommended to check the settings of the hibernation mode. To do this, open the application “Terminal” and enter the following command 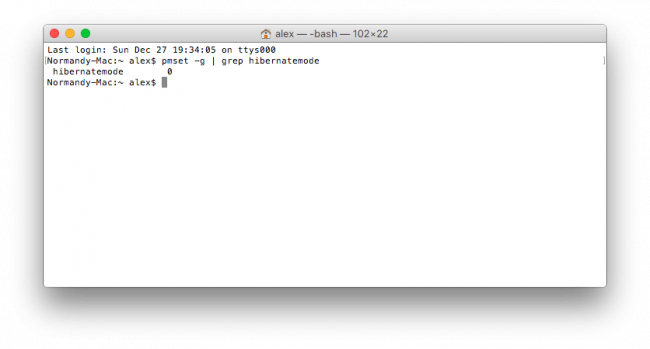 If the displayed value is equal to 3, then going into sleep mode, the system automatically writes the contents of RAM built-in storage device (the sleepimage file), in order to prevent possible data loss during a power interruption. In the case of large volumes, this process may be somewhat delayed, therefore you should check if the transition after some time. Also make sure that the free disk space is sufficient to write the image. To disable the system and delete sleepimage is possible by using appropriate commands.

Additionally it should check, not prevented “sleep” the computer by some naughty app. To do this, use the following command “Terminal” 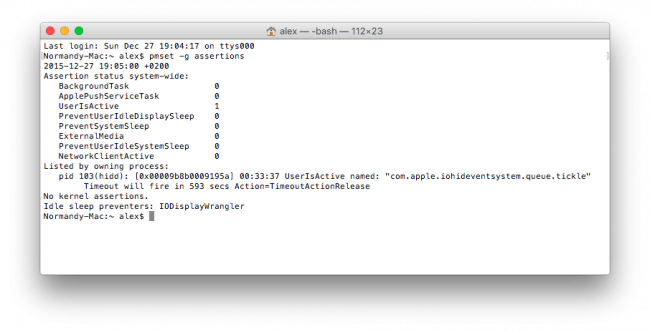 Here note line PreventSystemSleep and PreventUserIdleSystemsSleep — if the value in one of them nonzero, then the Mac is actively engaged in the process, the identifiers of which are given in the bottom of the window. To find out which of these processes is preventing sleep mode, you can find its ID in the tab “Processes” utilities “Monitoring system”.

The second question is about the problem with updating apps in iOS. 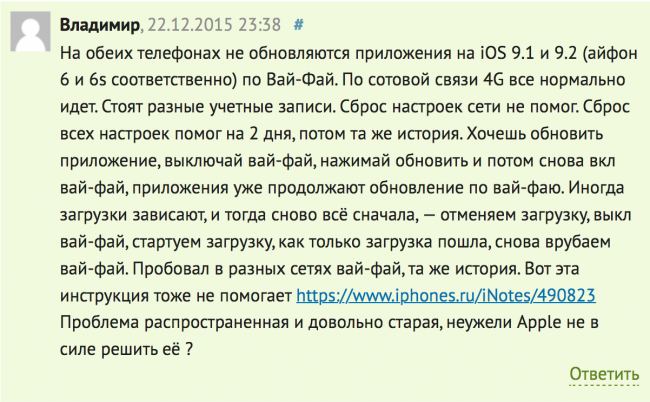 Of course, the reasons can be several, however there is a simple method often resolves problems with downloads from the App Store temporarily changing DNS servers. About how to do it, you can read in this article.

Last question, if I may dear readers, ask and consider the author himself. The other day I faced an unpleasant problem: cost to make or answer a call in the popular messenger Viber, Wi-Fi connection is instantly interrupted. It happened shortly after the update to the latest version, so my first thought was to write off all on “bug” and used to inform the developers. However, a similar situation was observed with other VoIP services, and when you similarly behaved and branded FaceTime, it became clear a more “global” the essence of the question. Here attention was attracted by an interesting detail: the failure only occurred while connected to a wireless headset, as well as other way of talking to your humble servant does not present, it was decided to go to the bitter end. 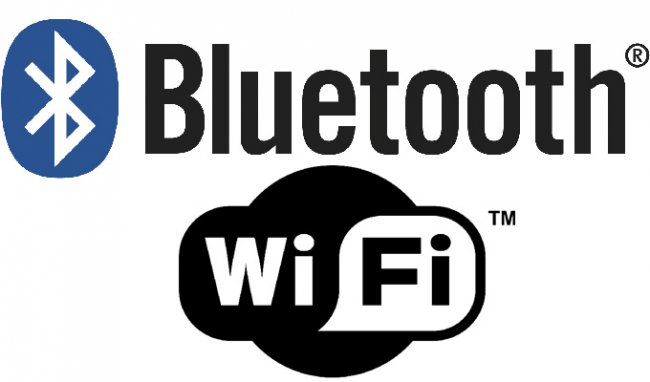 The key to solving the problems was… no, not Google, but a strange sound when the connection is established, similar to the classic atmospherics and each time before the connection is broken. Remembering that the router is in the same range as the Bluetooth Protocol, I decided to play around with the settings pre-scan the radio waiting for the optimal channel. In the end configuration, where no observed failures have been the editors of 802.11 g, in combination with the channel number three (2,422 GHz).

Of course, this solution is quick, but temporary, because the version is outdated and limits the transmission speed. However, in conjunction with ADSL it enough. The reason of failure in my case is either the router, or a Bluetooth headset manufactured by Plantronics; the first option will soon have the opportunity to exclude, and the result will be mentioned in future editions. By the way, common causes potential interference described in this article from Apple.

As you can see, some problems with equipment quite easy to decide. If you encounter any of them, feel free to ask for advice in the comments to this entry, and how to make the gadgets easier and more convenient, you can find in the publications of the author marked with [OS X] [iOS] and [Watch]. Of course, in the discussion encouraged mutual assistance and the exchange of ideas, which are then taken into account in the preparation of the editions.

Edition AppleInsider.ru is not responsible for the possible consequences of intervention in the operation of the devices or changing the settings of the operating system.