[GENIUS] Cache Apple Music, “gibberish” in Mail and the problem with the notification Center iOS 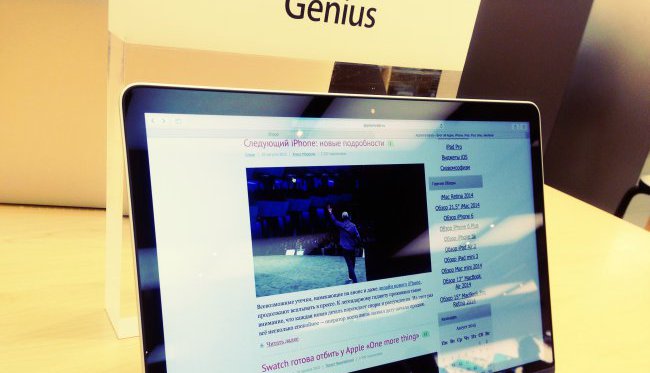 Reliability, coupled with the simplicity is the cornerstone that Apple founder Steve jobs laid into the Foundation of the “Apple” of the Corporation. However, whatever the technique, its operation process will inevitably arise various questions. Sometimes they are caused by malfunctioning software issues, at least — the fault of the electronics, but fortunately, there is a category of problems that can be solved without going to repair or buy a new device. These are the questions most often asked in the comments, and in the Genius category we will try to help.

The first issue relates to Apple Music and features of the application with the device’s memory.

Of course, from time to time you may need to clear the cache, especially if we are talking about devices with 16 GB of internal memory. To do this, just go to the section “Music” “Settings” of your device and set switch “iCloud photo Library” to “Off”. Of course, you can later reverse the action and to combine or replace the music on your device is stored on Apple servers. 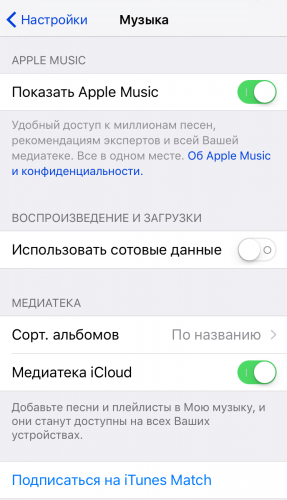 This problem sometimes arises for many users is the incompatibility of encoding between different platforms. A reader named @petertarasov wondered on Twitter whether you can solve the problem in a trivial way.

With this problem encountered, and your humble servant, and a possible solution could be the forced transfer of messages in UTF-8 format (Unicode), used previously for OS X. To do this in the body of the email (e.g. signature) to place a special Unicode character — “dingbat”, previously copy the most suitable open source. Change of signatures is in the section “Mail, contacts, calendars” menu “Settings” of your iOS device.

The last question is about the incorrect behavior of the notification Center in iOS, and popular messenger Whatsapp. 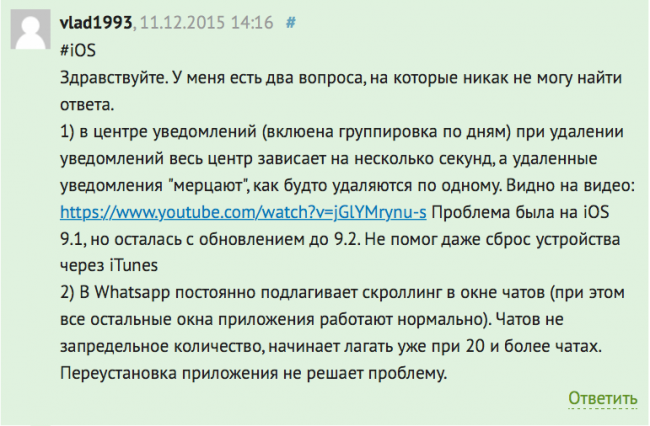 If the problem persists even after setting up as new, then it may be a hardware issue. However, based on the fact that the device belongs to the models of previous generations, and the version is current, it may lack resources for graphics processing. In this case, it may be advisable to disable the additional interface effects. To do that go to “Universal access” section of the “Main” menu of “Settings” and in the same tab, switch the switch “Reduce motion” to “Off”. The same should be done with the switch “Decrease transparency”, located in the “Increase contrast”. 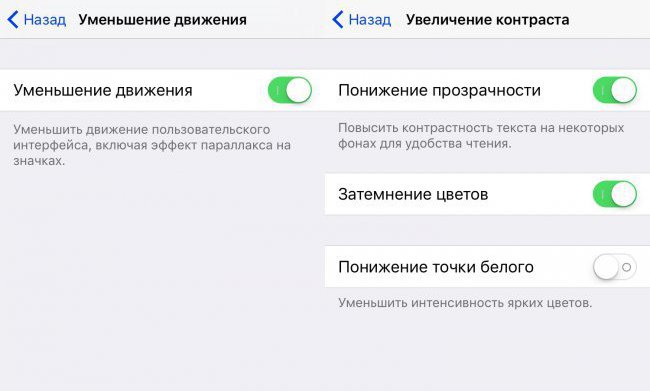 As for Whatsapp, the problem with scrolling is likely to be associated with errors in the application itself. Unfortunately, the author from personal experience I know that the developers of one of the most popular messengers are giving too much attention to optimization of its product, it is often buggy even on the newest devices. As a solution you can offer regularly back up the latest and to disable automatic download of media files in the “data Usage” settings.

As you can see, some of the problems with the technique of Apple is not difficult to decide. If you encounter any of them, feel free to ask for advice in the comments to this column, and in the publications marked with [OS X] [iOS] and [Watch]. Of course, in the discussion encouraged mutual assistance and the exchange of ideas, which are then taken into account in the preparation of the editions. Nice work!