[GENIUS] the First charging the battery, the Cut command in OS X and rejection of the beta iOS37 review 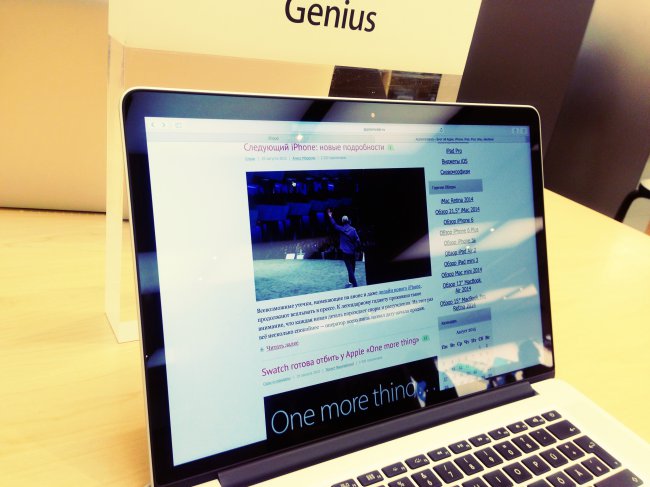 Whatever reliable was the equipment, during its operation, questions arise. Some of them are caused by malfunctioning software issues, others with Troubleshooting electronics, but, fortunately, there is a category of problems that can be solved without going to service center or buy a new device. These are the questions most often asked in the comments, and in the Genius category we will try to help.

In this issue we decided to address a few common myths that sometimes make working with the appliances in the set of redundant actions. Let’s start from very different viewpoints: first charge the battery should last longer than usual.

This myth comes from fairly old for the industry of times, when in the course were the batteries of the old type. Modern batteries are special controllers that simply do not allow the charger to work harder than necessary because lithium cells are unacceptable overcharge. On this basis, we can conclude: from the point of view of the duration of the first charge is no different from the next, and leave the new gadget connected to the network longer than necessary makes no sense. This fact is confirmed by Apple technical support that we asked for clarification. All the rest is strictly by the user.

The second issue is the tool that every Mac owner faces every day, Finder.

It just so happened that the lion’s share of the audience of OS X users are former Windows, and the skills acquired during the work with this operating system, often make themselves known and after the transition to the camp of Apple. The reason is simple — the PC (CIS in particular) occur at every step, and choose the keyboard shortcuts Microsoft has done very well, and addiction to them is very fast. In such situations, and you experience delusions, which are then replicated across the Network and even lead to comical disputes. For example, one of my friends, not by hearsay familiar with computers, very seriously said: in OS X you can’t cut files.

To be honest, the aforementioned function, your humble servant is also not immediately discovered and initially enjoyed a rather inconvenient method — the copying and subsequent deletion of source file or folder. It is actually very simple: if you use the [cmd] + [C] and [cmd] + [V] to avoid such “dances with a tambourine”, it is enough if you insert a file you hold down [Option]. The same applies to operations with a mouse or trackpad: when a key is pressed in context menu a new option will appear “move to”.

The last question is about how to stop participating in the program of public beta testing iOS.

In fact, the myth here is that you simply delete profile beta tester in the “General” menu “Settings” of the device. In fact, after that you will need to log on the official website of the program where to exit will be offered a special item. Publicly available version of iOS will appear in the “software Update” section of the “Main” menu of “Settings”.

As you can see, many technical problems can be solved in just a few minutes. Feel free to ask or give your own tips — the most interesting questions we will analyze in this section which will also consider the recommendations of the readers. In the comments the same as before, welcome the mutual support and exchange of ideas.