In a sense, the game Jurassic GO fatally unlucky, and any mobile application with “GO” in the title will be read in a definite manner, and is not a positive for the game: “yeah, already copied, its nothing!”. Meanwhile, Jurassic GO really has something to do with a clear theme, but not in the plane, what do you think. Just in 1999 on the Nintendo 64 the game came out, Pokemon Snap – there offered to walk around the island, shooting in the camera of pokemon. The game honestly loved and love now – it is not surprising that someone her formula was copied. Well, what happened in the period of insanity on the other.-the game is nothing more than a coincidence. On the unnamed island has opened a Museum of dinosaurs – reptiles walking among the jungles, mountains and deserts. But what may be a Museum without good photos its inhabitants? No – so the boss hires you, and you – the photographer. Your task is to wander on the jungle, looking into the lens of the dinosaurs. Don’t worry, you will find them quickly, and they like knowing its value, will not run – can even begin to pose. However, if there are problems, can blow the whistle – it helps. 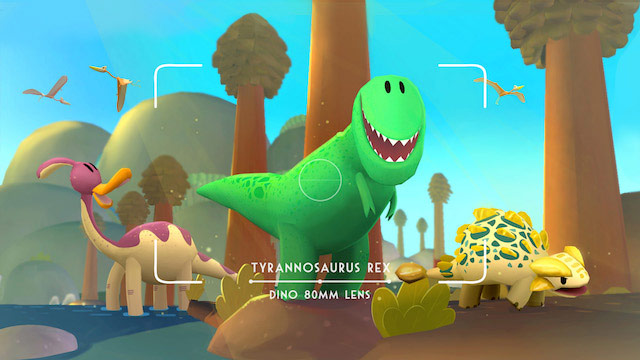 Images are evaluated according to several criteria, so don’t be lazy – try to pick a good background, to make sure that no one except the object did not hit the shot, and don’t forget to zoom in the image: close-up of a dinosaur is more valuable than the wrinkled spot in the distance, symbolizing VelociRaptor. 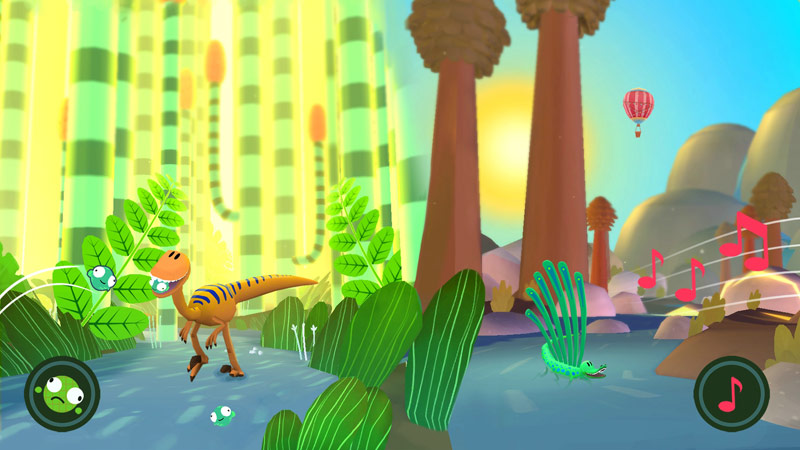 The sense in all this, frankly, a bit – but what are the Dinos are cute. They smile, sitting on the branches, eating grass and playing with fellow creatures: in General, do all that there is such a Park actually, you would have immediately bought the ticket there.

To buy, however, still something will have: at least a game. It is absolutely outrageous 299 rubles – is not very clear about what they think the authors, in proposing such a price. So I suggest you the following plan of action: add game to bookmarks, and as soon as its price drops to a hundred (and it will happen) – to take, without hesitation. After all, dinosaurs!