Google confirmed that it is working on a secret project DragonFly

Recently one of the representatives of Google, Keith Enright, dealing with issues of confidentiality, made before the U.S. Senate Committee on trade, energy and transport. During the meeting, he confirmed the existence of the Dragonfly project. 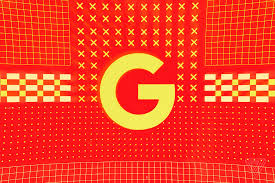 The Senate again discussed the issue of security and protection of personal data of users. In the process of communication Keita asked several times about the rumors that Google is supposedly working on a version of the search engine censorship in China.

“I can’t say exactly what can affect this project and what is not,” replied Kate.

In the last few months, the network appeared rumors about some secret design Google. A product called DragonFly should be a new search engine for China. As planned, the search engine could automatically check whether the page is available in the country, and based on these data to show it in search results or not show.

At what stage of development the project is now unknown.