Google has released a mobile messenger Allo, which was announced in may at the conference Google I/O. the Main feature of a novelty — the wizard and intuitive interface. Messenger allows users to reply to messages with statements that the service creates automatically. 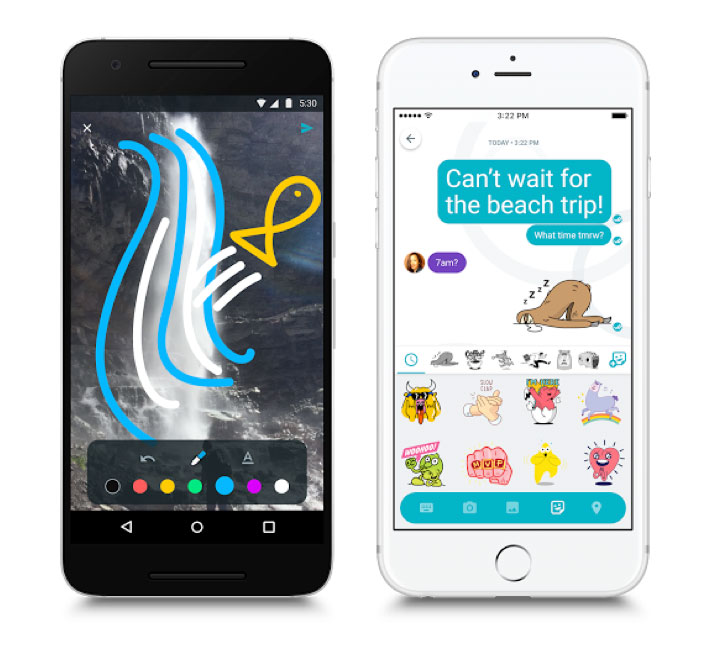 Working with messenger starts with registering the phone number and connect a Google account, although the latter step is done only at the request of the user. Externally the application proposes a completely standard interface — chat window, keyboard, emoticons, Emoji and stickers.

Emotions also can be expressed using the font – you need to hover your finger over the “Send” button, the font of the text message will change your size up or down. But the ability to draw or write something on photo before sending it is only in versions for Android, iOS, this feature is not implemented yet.

The main feature of Allo — built-in assistant from Google. Its essence lies in the ability to quickly find and give the required information directly in the chat window. For this you need to start a conversation with someone @google and ask him questions: voice or dial using the keypad.

Initially, the user has a conversation with the assistant privately. But it can “call” and chat with a friend or colleagues. The user can start the conversation and ask new questions without making reference to a topic or the beginning of the correspondence. Google says that their bot is much smarter than other similar systems: it detects complex queries and provides the user with a choice of meaningful and relevant results.

Such answer choices in conversation will greatly speed up communication and make easier the interaction with the messenger. Unfortunately, the Google assistant is currently available in English. Support Russian language yet, the promise that Google assistant will be able to recognize and answer questions in Russian by the end of this year.

Initially, Google planned to store all messages Allo only on devices of users, but in the end refused this company will store the correspondence in its vaults in an encrypted form.

Messenger Google Allo will be available for download on iOS and Android.