20 Sep GoPro has officially unveiled the new Hero 7 White, Silver and Black. The device will be available in Russia from October 5 on the official website of the company at a price 17990р, 26990р and 34990р respectively.

Camera got the dimensions, similar to the predecessors Hero 5 Hero 6. This means that the model of the Hero 7 compatible with the already released accessories and mounts. In addition the new camera is protected from moisture and dust, equipped with touch LCD displays, voice control function, and can automatically save files in the cloud GoPro via Wi-Fi. 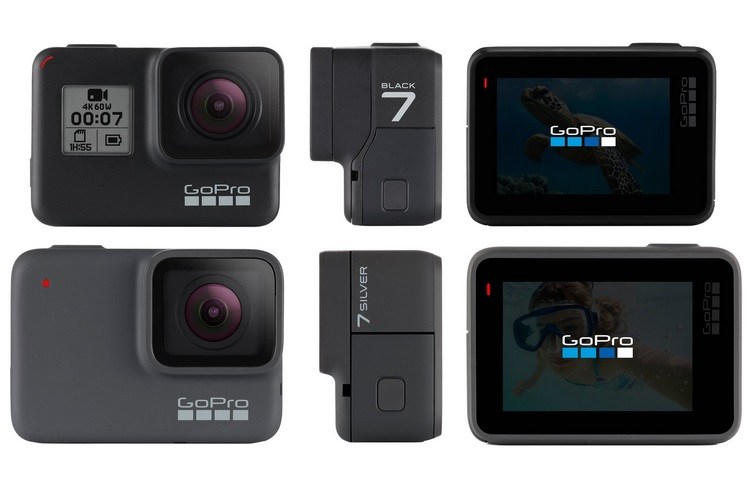 Version Black is equipped with a proprietary processor GP1, which the company introduced last year. The camera supports video recording in 4K resolution at 60 frames per second and time-lapse photography super slow motion, filmed with 240 FPS. Of the new features is support for broadcasting in real-time, fast shooting timelapse and highly improved digital image stabilization. You can also take photos with a resolution of 12 megapixels.

The Silver model is a little simpler than the flagship, but still a decent machine. It can shoot 4K video with a frame rate of 30 FPS and take photos with a resolution of 10 megapixels. The younger Hero 7 White even less fancy. Maximum quality video capture is 1440p. 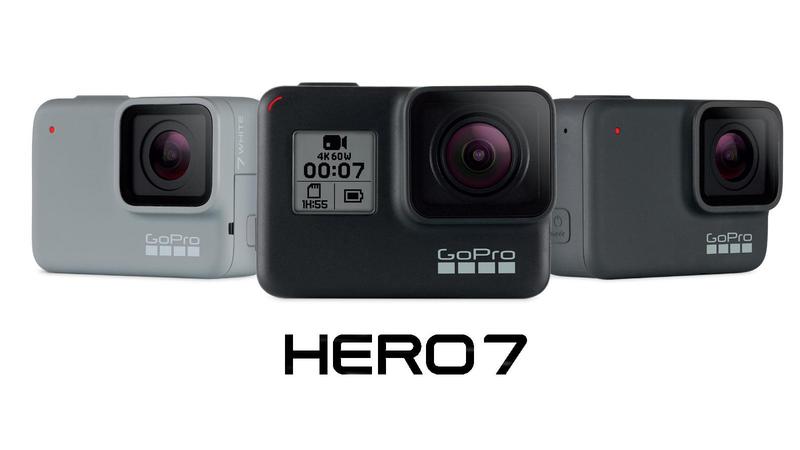 All the new cameras can shoot and store vertical photos and videos that explicitly encourages users to use a GoPro for shooting content in Instagram. On the same calculated and the new “short clips”, which allows users to shoot 15 – and 30-second video. Interface devices became easier, and the biggest change is the ability to scroll left and right to switch between shooting modes.