Many people have probably heard of the company Gresso, which produces luxury versions of the iPhone, as well as their own smartphones running Android and a touch-tone telephone. The materials used — gold, titanium, leather. And now Gresso has released a case Magnum, promising a smartphone of unprecedented strength. In the publication RG shared his impressions after meeting with the original innovation. 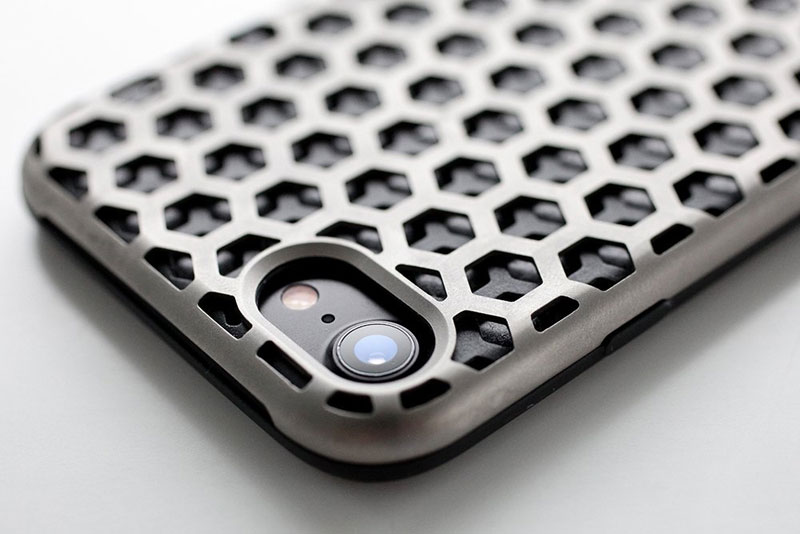 How much is the luxury cover for iPhone 7? Basic modification will cost 29 000 rubles, and the version is a little more expensive at 38 thousand. For this money you can buy the previous iPhone 6s 32 GB of memory, or last year’s flagship Samsung Galaxy S7 Edge with the same amount of memory.

What you get for the money, in addition to the flair of a beautiful life? First of all, incredible impact resistance. Gresso Magnum consists of two parts: internal and external polyurethane titanium. Due to this design and ensured the safety of the device in the case: the aerospace Titan is taking a major hit, and polyurethane spring. Thus, the phone remains intact even at a load of 250 kg, or in falling from a height of 10 metres. 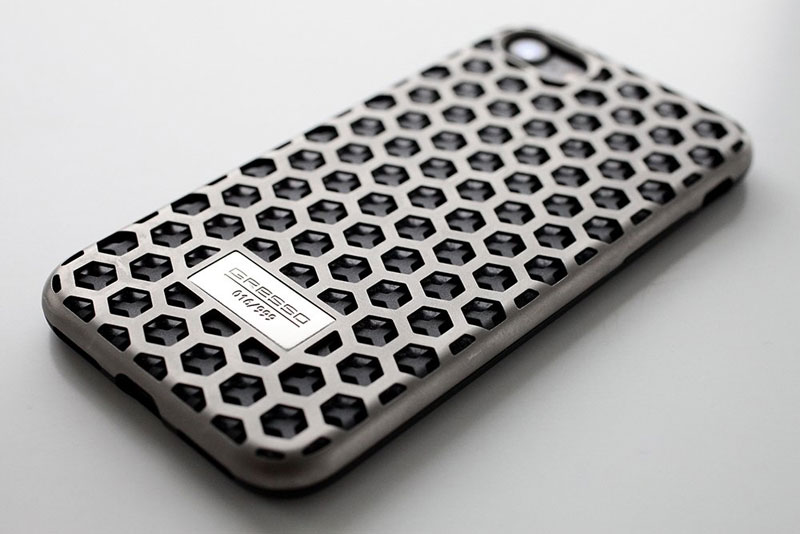 Theoretically Magnum can even protect the iPhone screen when falling — edges of the case is made of platter, a few millimeters protruding above the screen. However, this protection will only work if the device is dropped on a perfectly smooth surface. If the phone falls on the rocks or, for example, at the corner of the curb, millimeter loops on the perimeter, alas, the health gadget will not save. 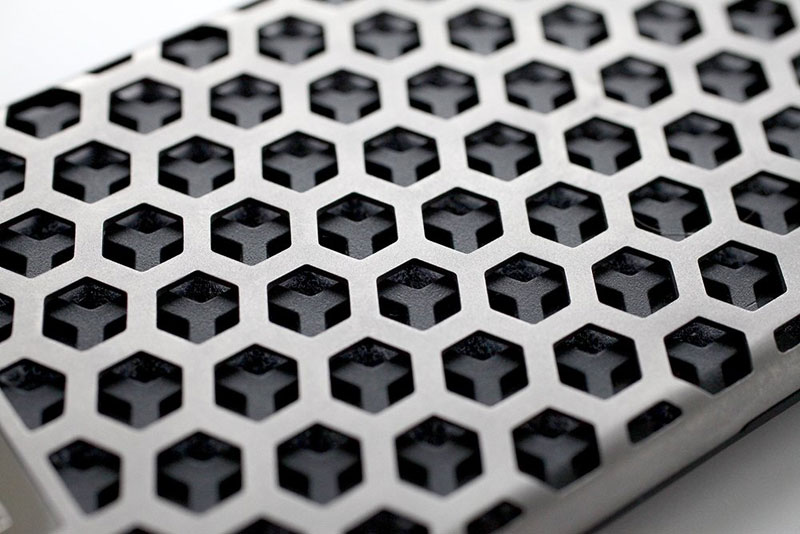 Despite the fact that such features sound nice, bonus accessories type we buy, of course, not for them. Outdoor enthusiasts will probably prefer something more practical and cheaper. And we choose for the sake of status, image, style. 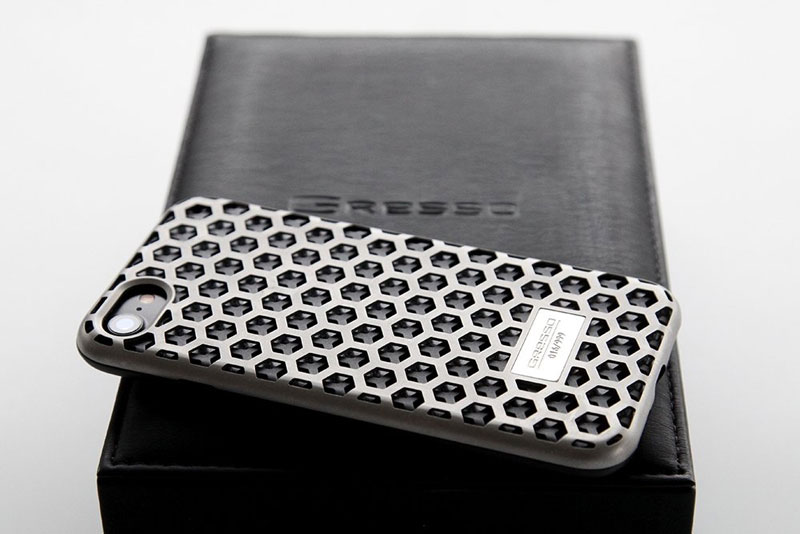 And here it’s all right. First, Gresso Magnum will be released edition of just 999 copies that automatically puts the accessory in the category of not even exclusive, and collectible. In the lower part of the Titan half of the cover plate fitted where specified the serial number of the accessory. The plate can be as titanium and gold. The first option is 29 000 rubles, and the second is 38, 000. 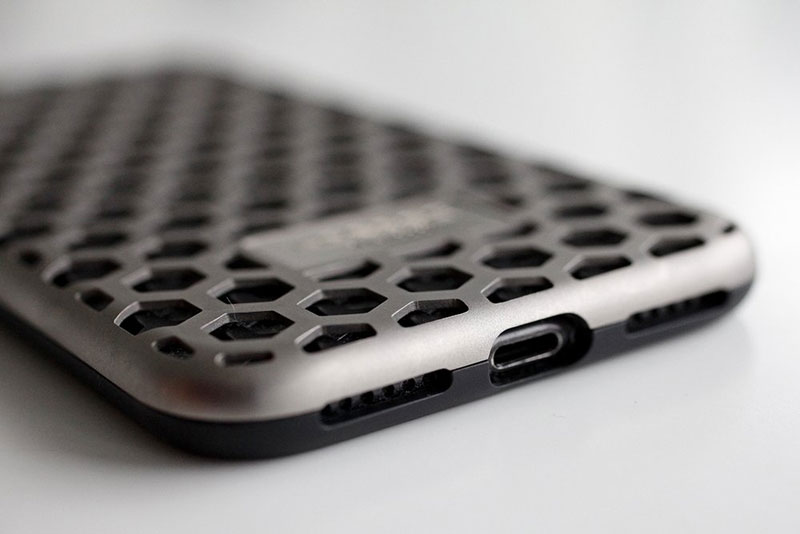 Second, the cover is beautiful. As titanium and polyurethane parts made in the form of a honeycomb. Their lines do not coincide with each other, causing the light to play on divergent sides of the accessory and ornamental creating the effect of volume. 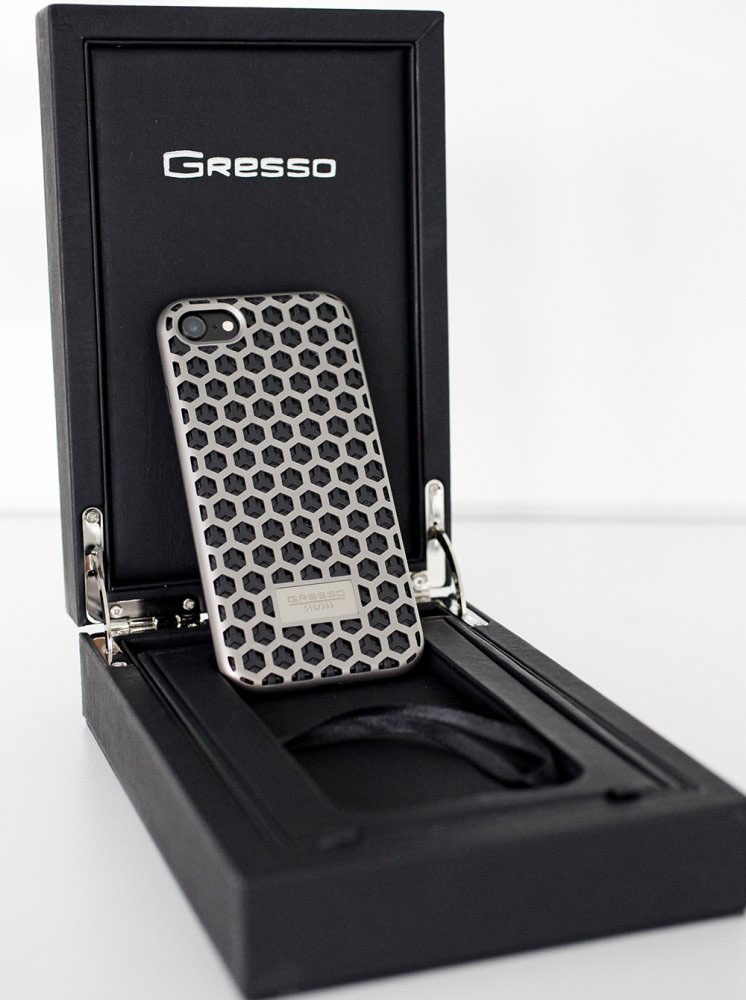 Only one minus: between combs clogged with dust, and every few days the cover should be removed and cleaned.

Well, another disadvantage is that if Apple to release the next generation iPhone will change the hull shape or just moves the connectors or buttons, this is actually a timeless accessory will become useless. However, hardly the target audience for Magnum, and we care about the little things.