Valve introduces Steam in the Russian additional sales tax digital content. First this was announced by GSC Game World. Prices are expected to rise for all games will be a minimum of 18%. 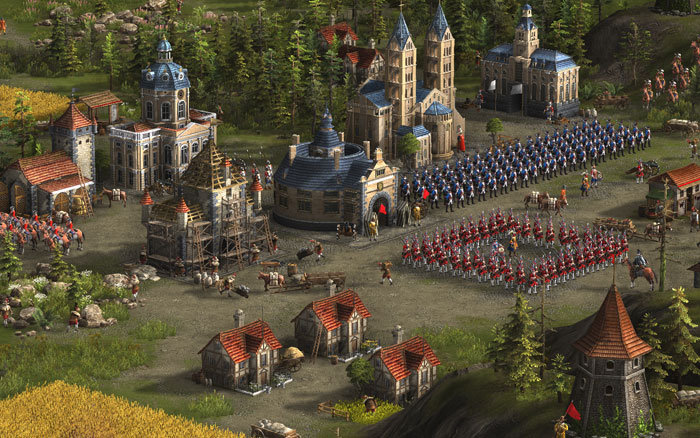 From 1 January 2017 in our country came into force a law that introduces the so-called “tax on Google”. We are talking about the introduction of value added tax to foreign companies in the field of online sales of content: applications, games, programs, music and so on. In this regard, developers are forced to change prices of its products in Russia.

The company GSC Game World announced that its products are too expensive. The price increase will be approximately 21%. In particular, from January 16, the regular version of “Cossacks 3” will cost 969 rubles, the Deluxe edition will cost 1599 rubles, and an upgrade to the Deluxe version – 679 rubles. And in remaining days you can buy the game at the old prices – the developers are therefore willing to accommodate the gamers.

Different developers react to a “tax on Google” in different ways. Wargaming, for example, promised to take all expenses and keep prices at the same level, Sony also announced that to increase the price of games has no plans. 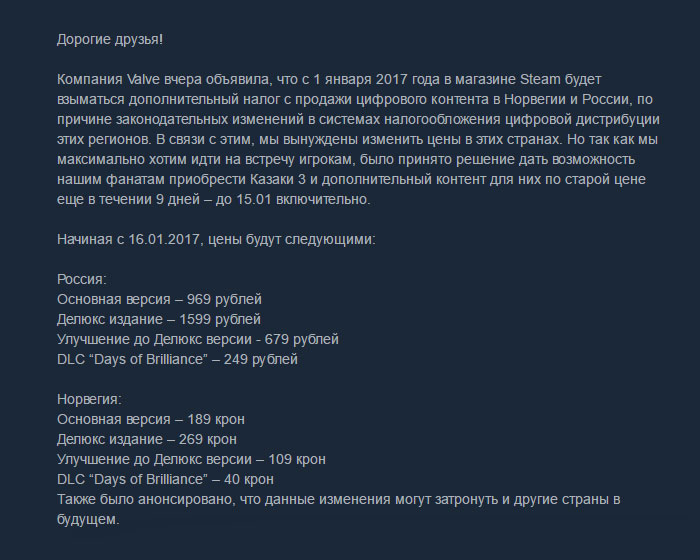 Google is one of the first to take into account in their online services a new tax on digital goods. In particular, VAT is added to the cost of the games and applications in Google Play. The tax is taken into account and subscriptions, and the purchase of other goods, including books and movies. At this higher price does not appear immediately – just right before paying. At the same time, the application of Russian developers are exempt from VAT.

Apple has not yet expressed its position on taxation for users of App Store and Mac App Store. The company has not responded to the request, however, analysts expect the rising cost of games and apps in the online App store by 30-50%.