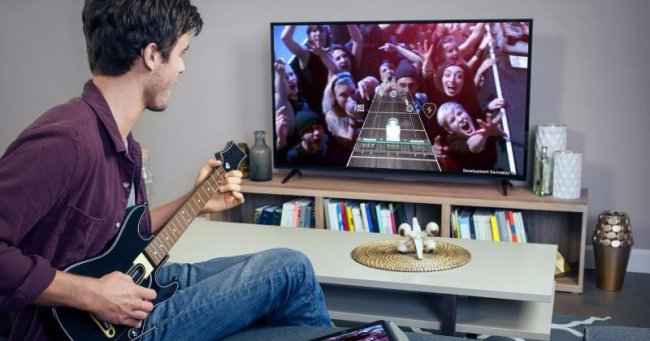 Guitar Hero on Apple TV — isn’t that what we so long dreamed of? Support for third party applications and games was a long time coming to the set top box from Apple, and then, finally, the fourth generation of the Apple TV gives us this opportunity. Of course, for the big screen need big gaming products, and new Guitar Hero Live is just what you need.

As expected from a console game, Guitar Hero, Live is not cheap. You can try the free two level games on the iPhone or iPad, but the full version will cost 2,990 rubles. That’s not all. If you want to play on the Apple TV, and you certainly want, you’ll need an additional controller simulating a guitar that is specifically made for Guitar Hero Live. 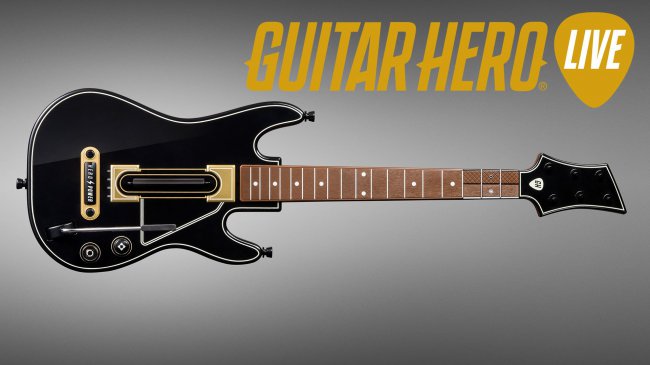 The need to buy gaming controller for Apple TV raises some questions that Apple is in no hurry to answer. In the developer guide it is written that the company will not approve apps for the Apple TV, which will require additional MFI controllers and will not work with the included remote. This usually works for games, and therefore, the creators of Guitar Hero just closed his eyes.

However, the guitar that you have to buy to play on your Apple TV, is not an MFI certified controller and is suitable only for playing Guitar Hero Live and for no other purpose. This may be the loophole that allowed the Studio to Activision to work around Apple’s rules. It is worth noting that for games on iPhone and iPad the controller is not a requirement, but, of course, Apple TV owners, and full game controller will get very different impressions. 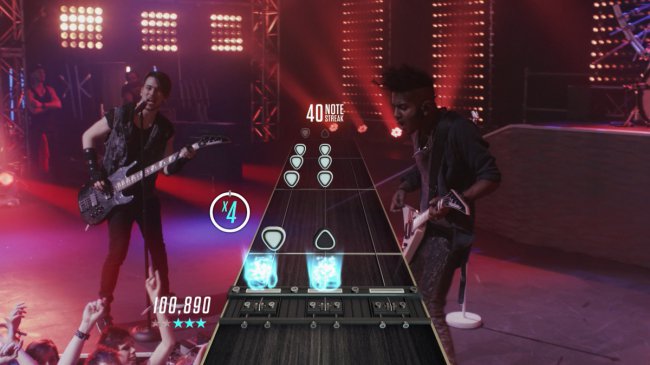 What’s so good about Guitar Hero Live? You get access to a huge number of songs you can play along with musicians on a virtual stage. The scene is collected using recordings from the concerts of the band, and it is an impressive sight for which not a pity to buy a new Apple TV, and the full version of the game and a special controller.