Over the last few days WikiLeaks has published several pieces of electronic correspondence of the head of the election headquarters of presidential candidate Hillary Clinton John Podestà and the publication of these letters have resulted in serious consequences. The last batch of data contains various important information including social security number Podestà and password from the mailbox in Gmail that allowed hackers to delete all information from the iPhone and iPad. 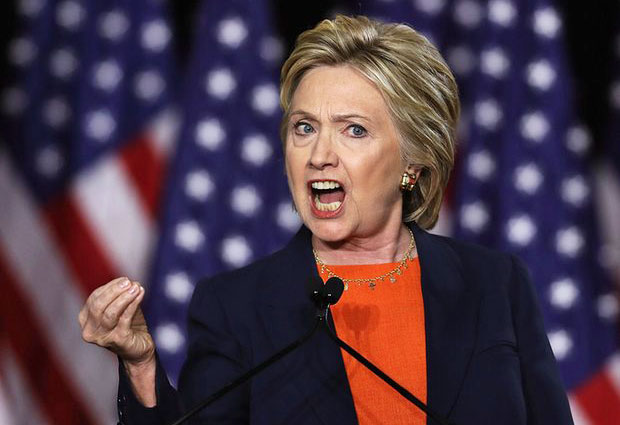 According to the resource Securitylab, apparently, the staff of WikiLeaks forgot to remove personal information when publishing documents. This also benefited the members of the group 4chan. One of the letters contained a password Runner456 from the account in the mail Gmail, owned by Podesta. Hackers gained access to e-mail the head of a campaign headquarters, and then sent a request to change the password for his Twitter account. Later members of 4chan was published in the microblog Podestà tweet (already removed) which read: “I crossed to the other side. Vote for trump 2016”.

However, hackers managed not only to hack an account on Twitter, but presumably to remove all information from the iPhone and iPad belonging Podesta. According to the publication The Verge, the dump also contained Apple ID, using which 4chan was able to access the account Podestà in iCloud and using the function “Find my iPhone” to remotely erase all data contained on the gadget. 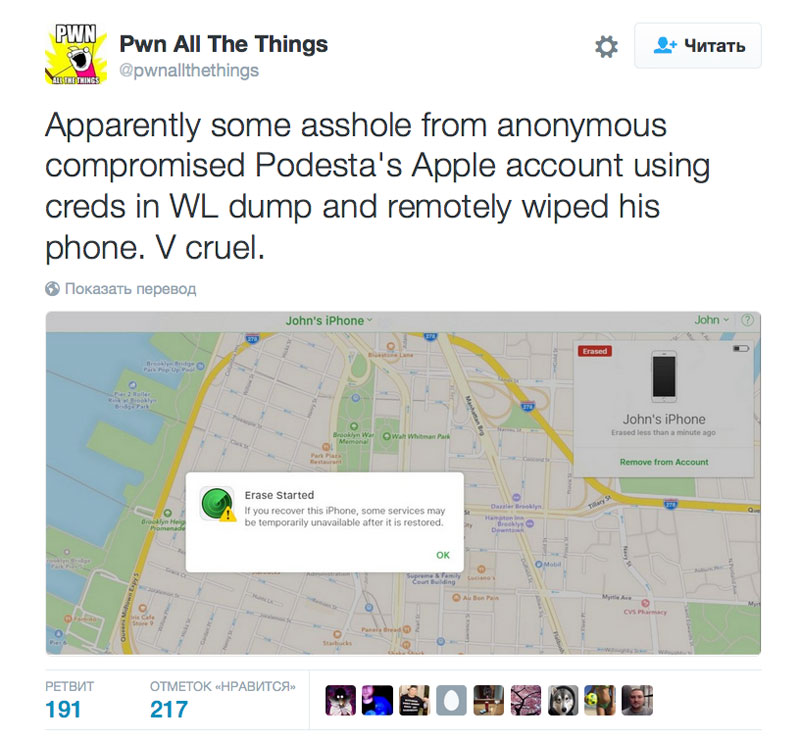 In a campaign headquarters, Clinton reaffirmed the account hacking in Twitter Podestà, but not the fact of removal of information from its iOS devices. According to representatives of WikiLeaks before publication of documents employees of the organization have changed all the appropriate credentials.