Hackers have released a jailbreak for Apple TV to tvOS 10.1

Jailbreak Yalu102 created by a hacker Luke Todesco for devices with iOS 10.2, can be adapted for Apple TV. This was stated by the developer Kevin Bradley, known as nitoTV network, according to which the hackers plan to issue a public exploit for hacking tvOS 10.1. 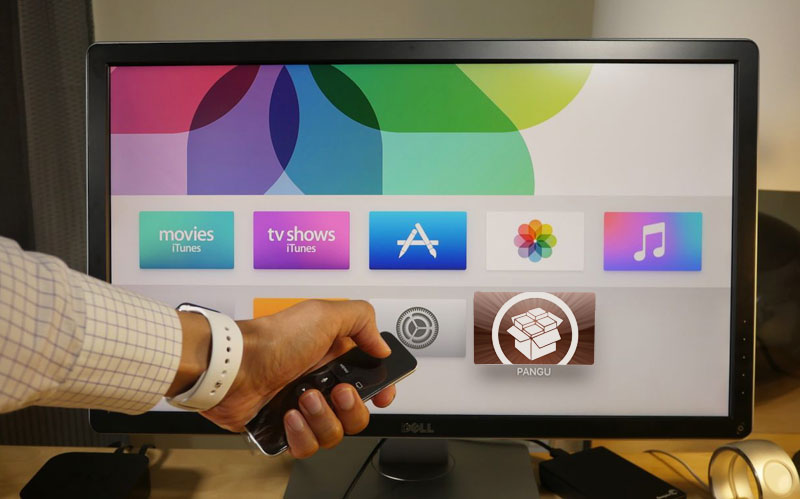 “Very excited about the potential release of the jailbreak for firmware that can set the most users. Go to iOS 10.1 right now, if you plan to jailbreak,” wrote nitoTV.

Just as in the case of iOS, firmware tvOS 10.1 is not the latest. But just as users while it is possible to downgrade to lower version of the operating system on your Apple TV with iOS 10.1.1 to 10.1.

Although the jailbreak for iOS 10 came out last year, Apple TV fourth generation was deprived of attention from developers. And they can understand that the number of users of a television receiver Apple disproportionately less than the owners of iPhone and iPad. Hackers, for obvious reasons, prefer to work with the more popular platforms.

As noted nitoTV, if he does not do jailbreak Apple TV, this is unlikely to work on someone else:

Statement nitoTV does not mean that a jailbreak for Apple TV will be released in the near future. However, the probability of release of the exploit is very high. Advantages of jailbreak for “Apple” set-top box weight: from themes settings to download inadmissible to tvOS App Store software.