Hence, the Ola: the case for PC, inspired by Mac Pro design

Workstations Mac Pro is of great interest in particular because of the unusual design: some compare a PC with a container for garbage, the other with a tin can. Whatever it was, and unconventional approach to the design of the Apple almost did not leave anybody indifferent. 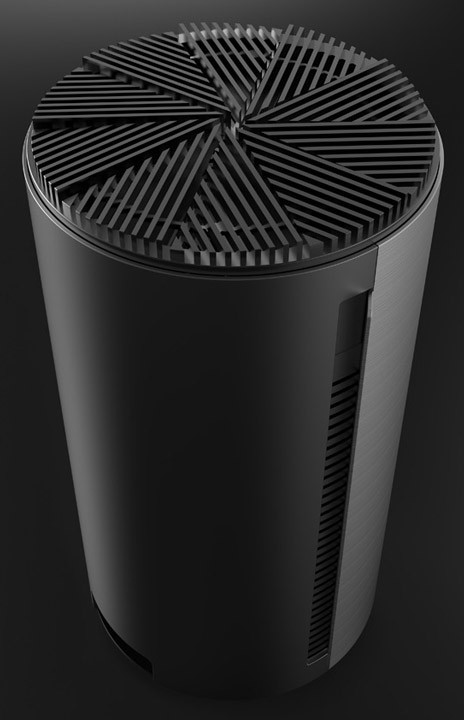 The company has announced a new model a computer case that looks like a Mac Pro. Solution called Ola is made in cylindrical form and calculated on the motherboard size mini-ITX. The novelty will be presented at the exhibition Computex 2016 which will be held from may 31 to June 4 in Taipei.

Cooling system brand Mac Pro is designed so that the filling does not overheat, and the system was glued to the table and not hanging in the air on the powerful exhaust. Moreover, the computer uses only one low-speed fan that takes air from below and directs it through the primary radiator and the grille at the top of the housing. 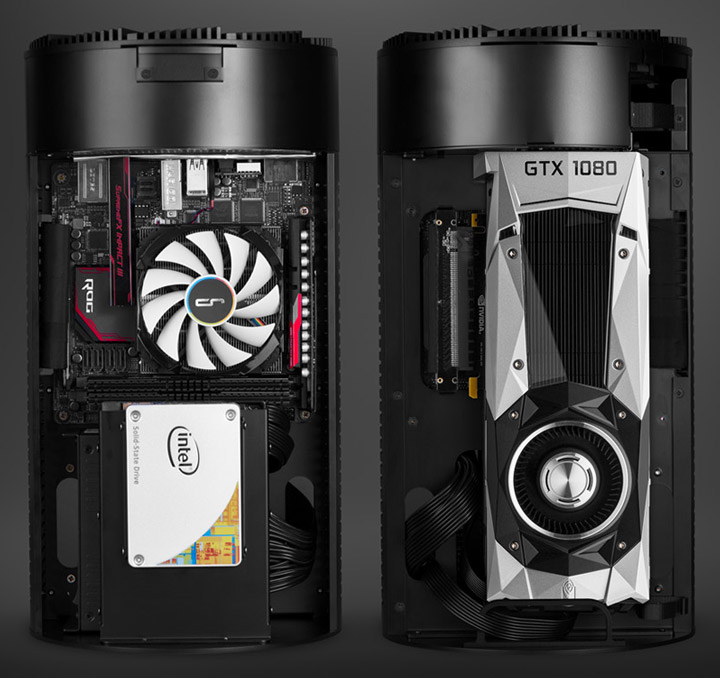 Ola is close to the “original” dimensions: 226 x 378,5 x 205 mm and weighs the same – 5 lbs. Inside the novelty divided into two compartments, one of which is attached to the graphics card and the other with all other elements of the system that allows you to collect inside it is enough efficient system.

In addition to the motherboard Mini-ITX capable graphics card with length up to 280 mm, the system CPU cooling with height up to 72-82 mm and a SFX PSU of length up to 130 mm. Also there is a place for one 3.5 inch and one or two 2.5-inch drive. The number of expansion slots is two. On the upper face thickness of a pair of Ola has a 140 mm fan which blows all the hot air from the case. 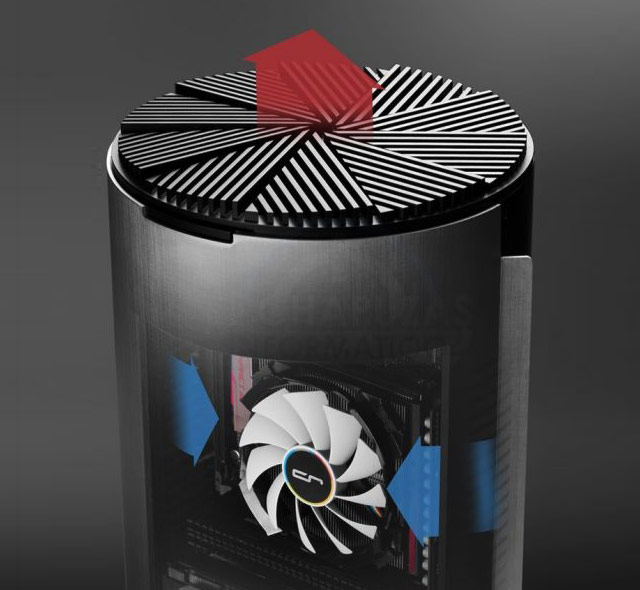 AMD plans to start selling Ola only in the second quarter of 2017.