HomePod is not included in TOP 5 smart selling column

Analyst firm Strategy Analytics has published a new report about the market of smart speakers in the second quarter of 2018. According to the organization, HomePod is not included in the five best-selling intelligent speaker, but is the leader in the other category. According to the report, the best-selling column in the second quarter of 2018 was Google Home Mini. Google has sold 2.3 million devices and took 20% of the market. On the second and third place is products Amazon. Together Amazon Echo and Echo Dot is 30% of the market. 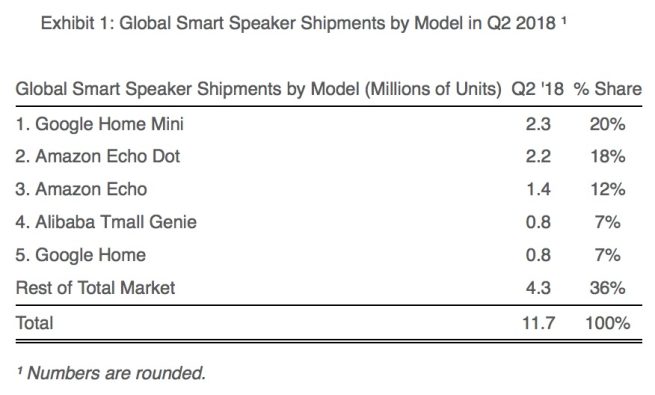 The list does not hit the Apple HomePod. Earlier, analysts from Strategy Analytics reported that in the second quarter of 2018, Apple has sold 700,000 speakers. It’s a hundred thousand more than in the first quarter of 2018.

Despite modest sales results, the HomePod is a leader in the category of smart columns more than $ 200.

“Apple has taken a 6% share by shipments in the second quarter of 2018, but it is the market leader revenues from sales with a share of 16%. Apple holds 70% in a small but growing segment of the columns more than 200 dollars”, — said the Director of the Strategy Analytics David Watkins.

With the release of iOS 12, HomePod got a lot of new features, including support for voice calls, multiple timers, and “Fast commands” Siri.