How many iPhones you can buy on an average salary in Russia, Ukraine and Belarus

The economic crisis has affected the standard of living in most countries of the world. Browsers Life decided to find out how the impact of the financial upheavals in the CIS countries the cost of Apple’s smartphone. 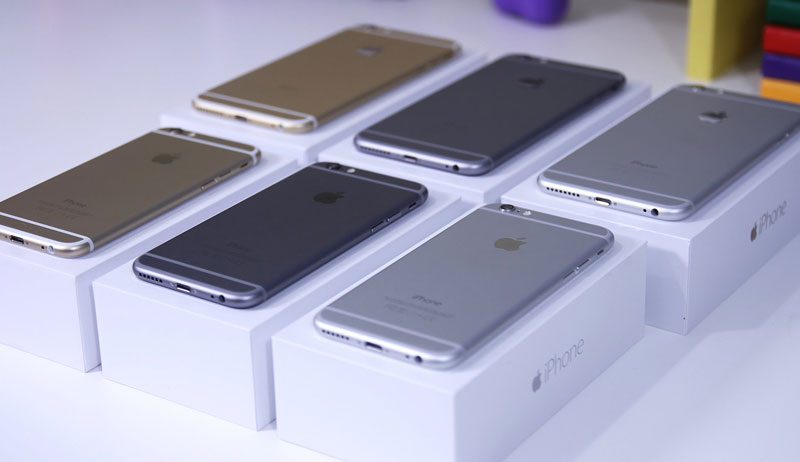 To find out which country the iPhone was the most expensive, were obtained official data on average salaries in Russia, Kazakhstan, Ukraine and Belarus, and then divided the figures on the cost of the popular gadget — iPhone 7 with 32 GB of memory.

According to the Ukrainian financial portal MinFin, the average monthly salary in regions of Ukraine for September 2016 was 5 458 USD. The new iPhone 7 with 32 GB of memory “on Board” is 23 000 UAH. It turns out, the average resident of the Square will have to accumulate at least four salary to buy a fashionable “epplovskih” smartphone. One salary = 0,23 iPhone.

The average salary in Belarus for the same period amounted to 732,9 of the Belarusian ruble. Official distributor of Apple requests from citizens 1 939 rbl. This means that the new iPhone 7 32 GB is more than half of the average Belarusian salary. One salary = 0,37 iPhone. 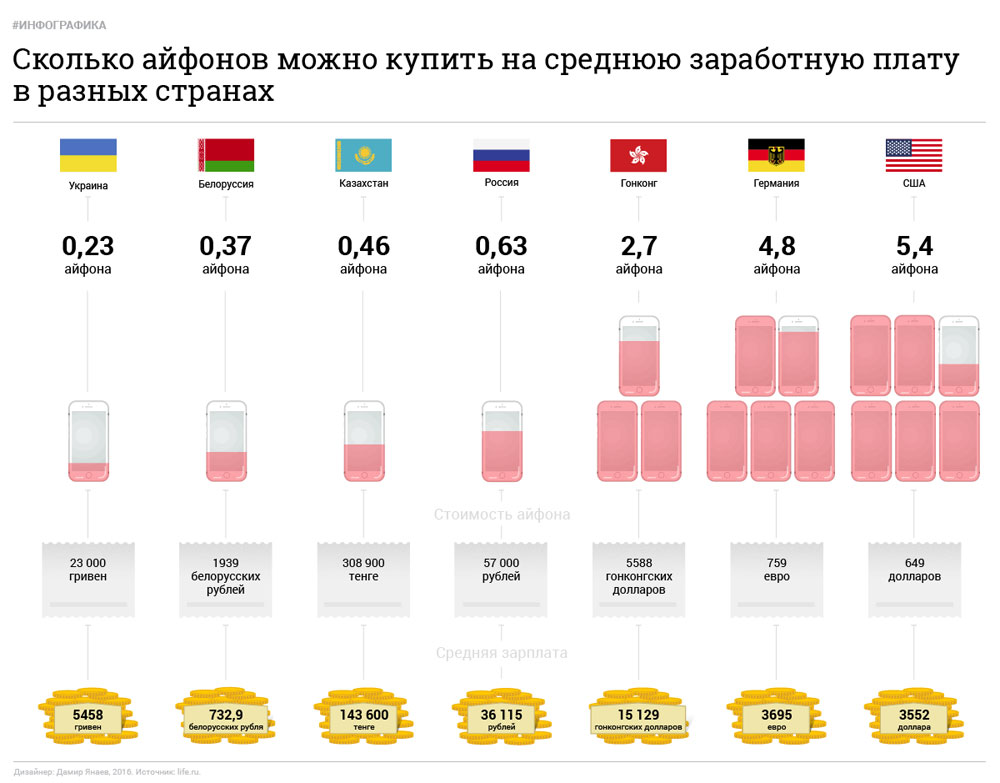 The people of Kazakhstan can boast of an average salary in 143 600 tenge as it was the average s/n in the region. Now the iPhone 7 with minimal memory can be purchased for 308 900 tenge. The ordinary laborer will have to wait about two wages to brag to friends and colleagues expensive iPhone. One salary = 0,46 iPhone.

In Russia, according to ROSSTAT and the CBR, the average salary for September was 36 115 rubles, while the official sell the iPhone for 57 000 roubles. By simple calculations, we obtain that the Russians would need to find at least half of the average wage to get the coveted device. One salary = 0,63 iPhone.

Thus, the Ukrainians are 0.23 per iPhone per month, Belarusians pay 0,37 “Apple” smartphone, Kazakhstan residents earn an average of 0.46 iPhone, and the Russians employers give 0.63 smartphone. It turns out that the most difficult to buy iPhone 7 in Ukraine, and it is easier in Russia.

During the price comparison it was also found that the Russians makes no sense to go to Ukraine for the purchase of the iPhone. Translated into rubles the prices do not differ from domestic. Sometimes the cost of foreign smartphones even higher than the Russian. The situation with the secondary market are also close in both countries: the price difference does not exceed 2-3 thousand — the money will go only to tickets and back again.