How much RAM has the iPad mini 4?26 comments 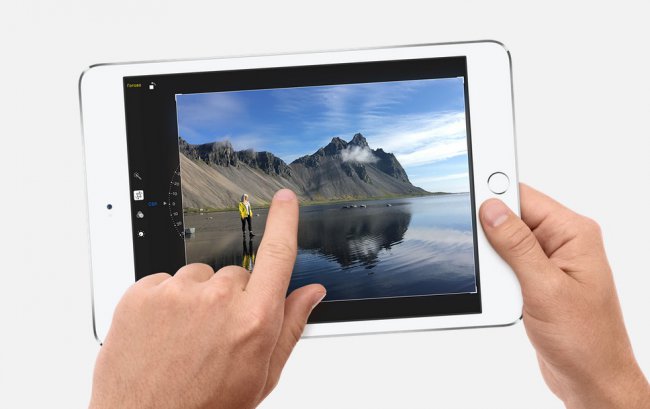 As we know, the vaunted multiwindowing iOS 9 at the moment can only work on the iPad Air 2 and iPad Pro went on sale. Meanwhile, in reality, this information is not completely correct, and such tablets actually three.

Specialists iFixit, having obtained possession of the fourth generation iPad mini, immediately reviewed the tablet and found confirmation that the new tablet has two gigabytes of RAM. This feature is the minimum in order to use advanced multitasking new version of the system.

On the Apple website reported that the new miniplanet has become 18% thinner than its predecessor, and as shown by the teardown from iFixit, this was achieved by reducing the size of the battery. Together with the reduced size and capacity, which now stands at 5124 vs 6471 mAh mAh iPad mini 3. Meanwhile, the manufacturer claims that the Autonomous work is not affected, and that we have to check in your tests.

Regarding the processor, we had previously announced information has been confirmed: the iPad mini 4 is working on overclocked version of the processor A8, installed in the iPhone 6 and iPhone 6 Plus. To disperse it managed from 1.4 to 1.5 GHz that will add performance in comparison with the previous generation tablet. As soon as the new “minikit” will be in our hands, we will thoroughly examine it and share their impressions with you. By the way, buy iPad mini 4 can already now in the Russian online Apple store at a price of 32 990 rubles.