How to create your own “Fast command” in iOS 12

In iOS 12 Apple added the app Commands, which allows you to automate actions. In this tutorial we’ll show you how to create your own “Quick commands” to applications themselves interacting with each other and perform actions. 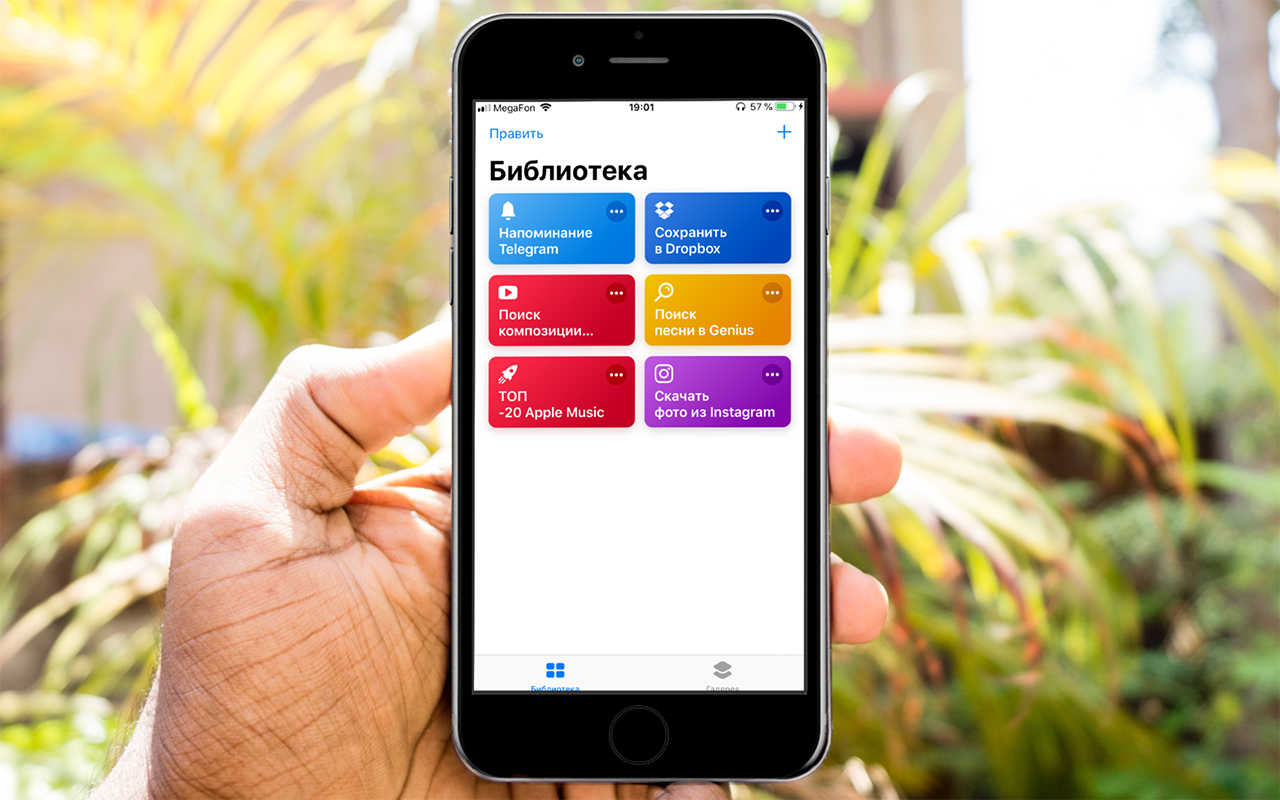 Commands are based on the application Workflow, which Apple bought in early 2017. Because of this, the creation of teams remained the same.

For example, I will use two teams. The first — “Save photo to Dropbox”. This command launches the Photos app in which to select photos, then a folder in Dropbox, where they will be loaded. It’s a simple command that shows the principle of interaction with applications. 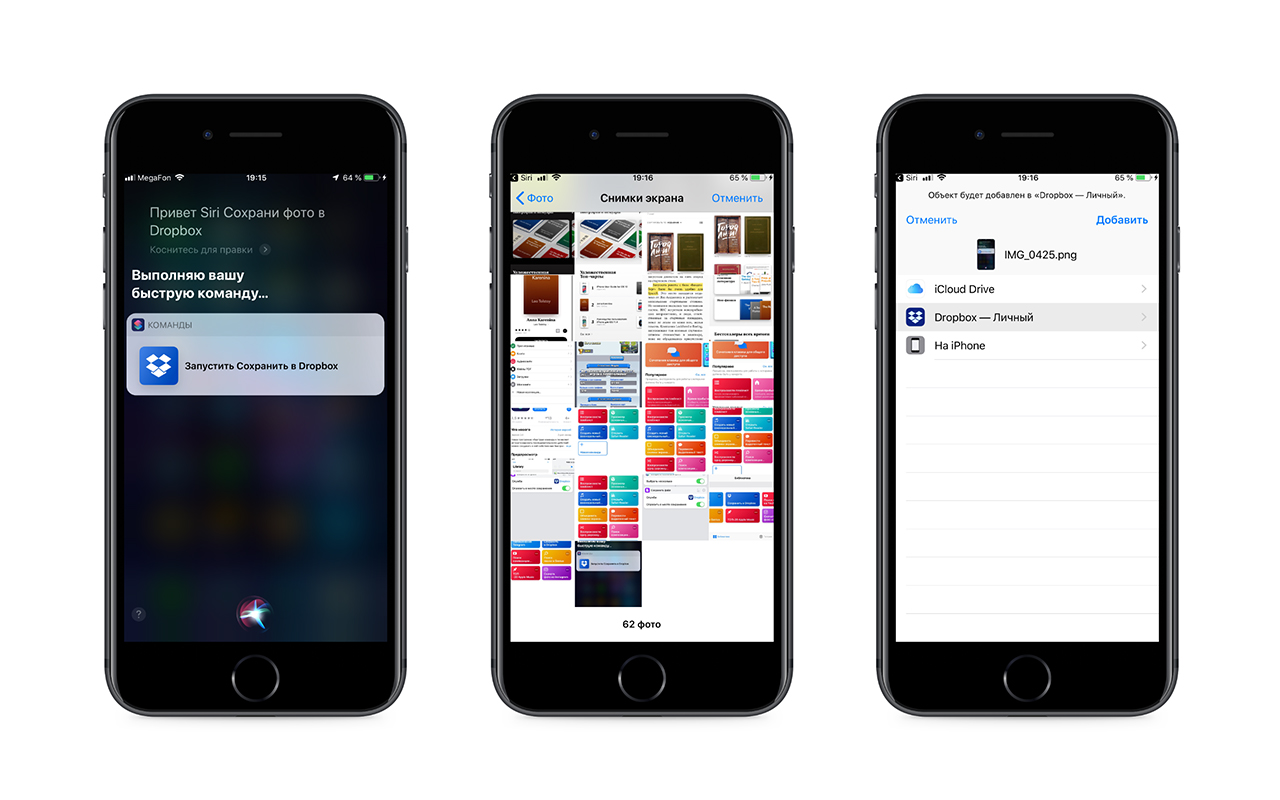 The second “search for a song in Genius” — a complex command with lots of action and ligaments. After activating the command, the system will know which track is played in the Apple Music and find it on the website Genius.

If you do not want to create teams, you can download them:

Let’s start with the first. First you need to download Dropbox, if it is not installed on the smartphone. Instead of Dropbox, you can use another service, as long as he was working with “Teams”.

How to create a “Save photo to Dropbox” 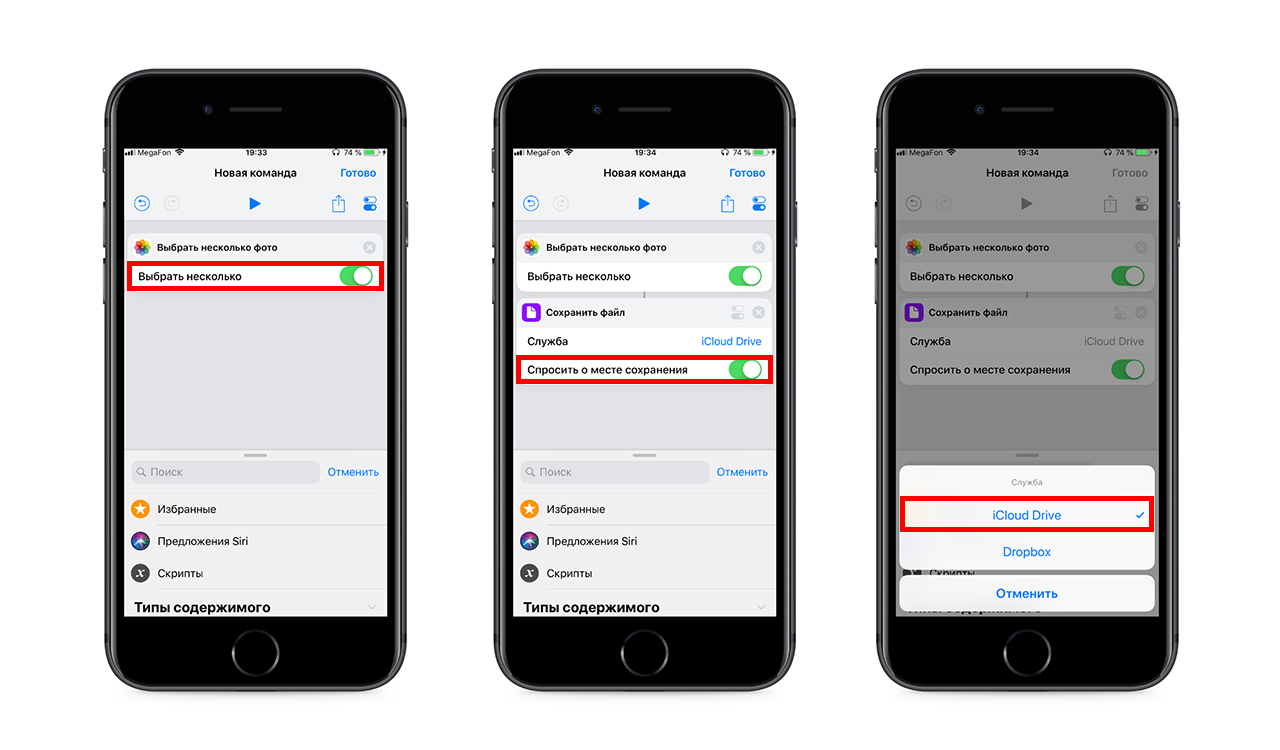 In the team settings you can change the name, icon and add the phrase to activate Siri. Also run the command via a widget called “Quick commands” or in the library Annex of the Team.

How to build a team “search for a song in Genius” 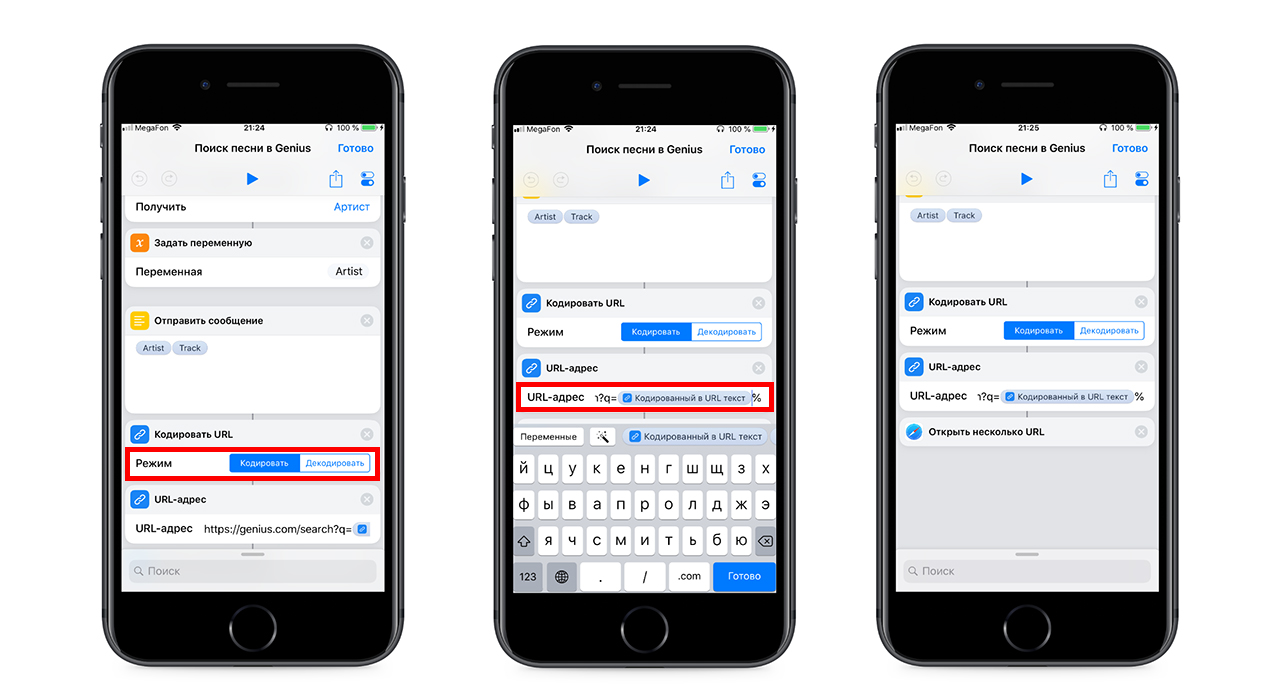 The same as with the previous command, you can change settings, add the phrase to Siri and test it.