On Monday, after long months of waiting, Apple announced operating system iOS 10 and released the preview version of the new OS. Technically, the platform is only available to developers in the Apple Developer Center, but in reality iOS 10 can be installed on any iPhone, iPad or iPod touch using a configuration profile.

Apple calls iOS 10 the major release of the world’s most advanced mobile operating system”. It will bring to devices a range of changes in system apps.

In iOS 10 beta significantly changed the view iMessage: chat with friends and family now more interesting with features such as stickers and effects that appear on the screen. 10 Siri in iOS even better interacts with the applications, Maps, Photos, Apple Music and news presented in a new design, and in the new application simply and securely manage all devices “smart” homes from a single interface. 10 iOS opens new opportunities to work with Siri, Maps, Phone and Messages.

Interface “tens” is focused on output of information that may be needed by the user. For example, the function Raise to Wake automatically displays the screen from sleep mode, it is necessary only to raise the iPhone that allows you to view all notifications directly from the lock screen. Notifications, Today view” and “control Point” can be unlocked with one swipe or click. Unlock gadgets in iOS 10 is performed by pressing the Home button, not swipe the screen.

Step 1: Open this page in browser on iPhone, iPod touch or iPad. 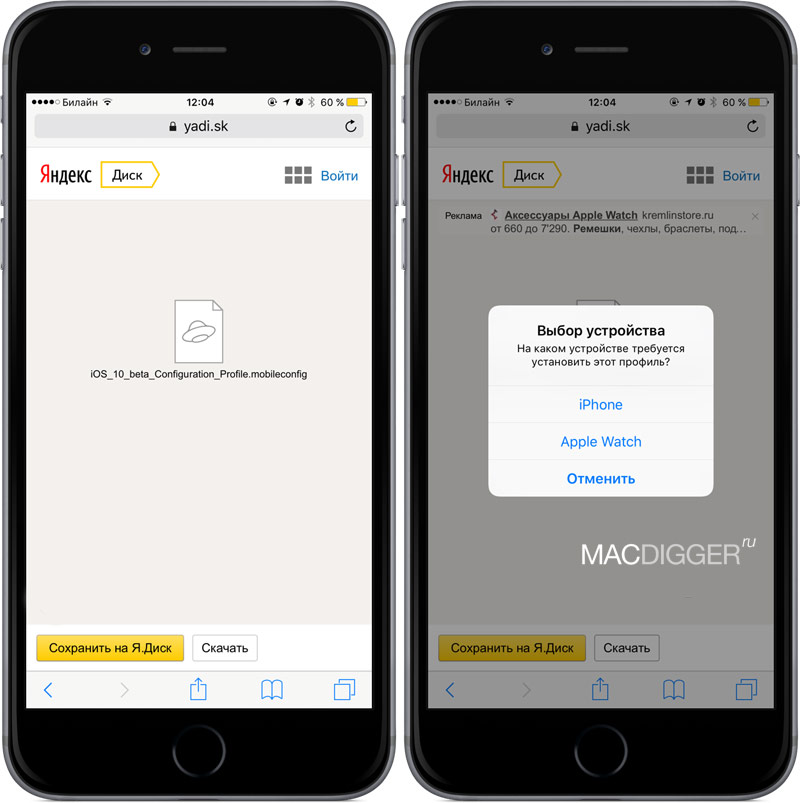 Step 3: your iPhone or iPad will open the setup screen for the new profile. Click “Install” in the upper right corner of the screen. 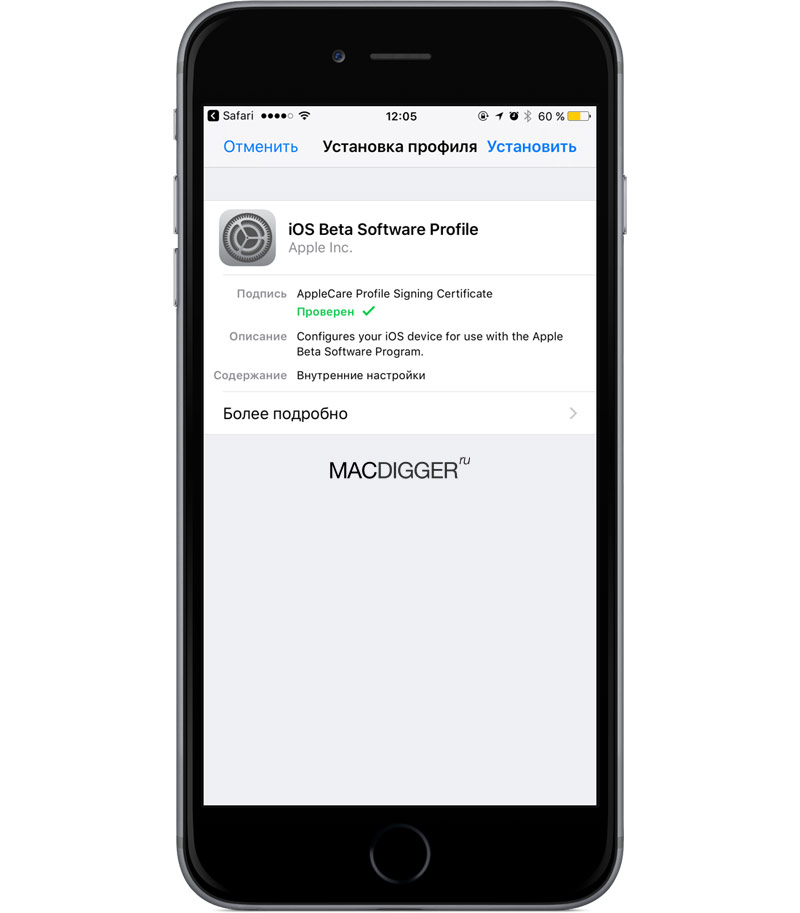 Step 5: go to General > software Update and wait for data updates. Click to Download and install iOS 10 beta 1″ to install a new OS on the device. 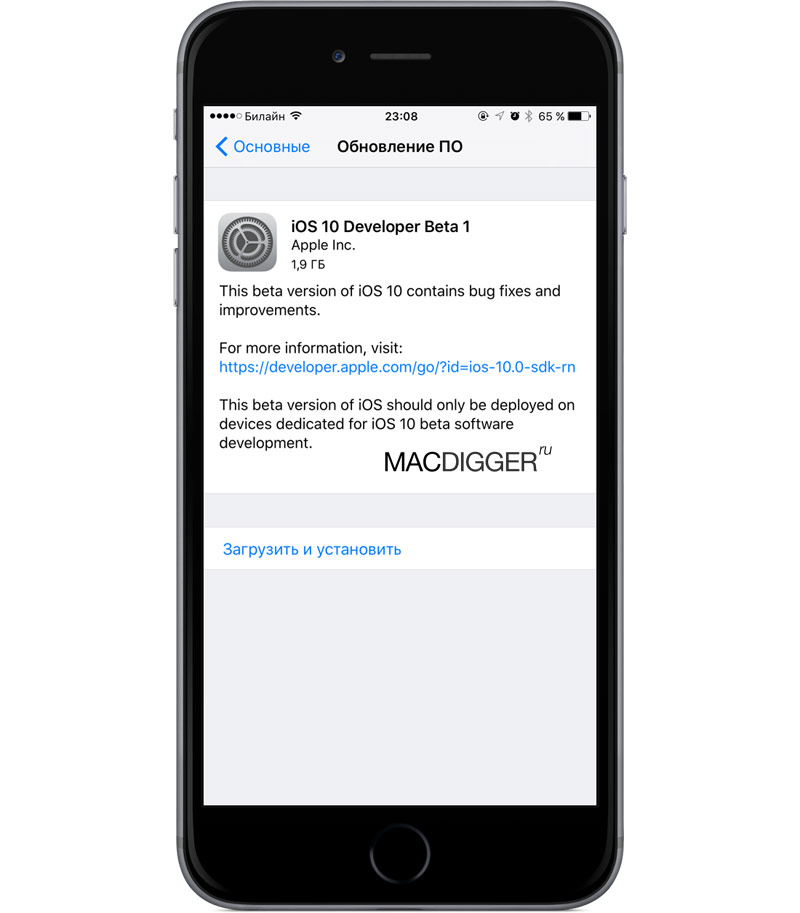 Step 6: Confirm the installation of iOS 10 beta, and reboot gadget. 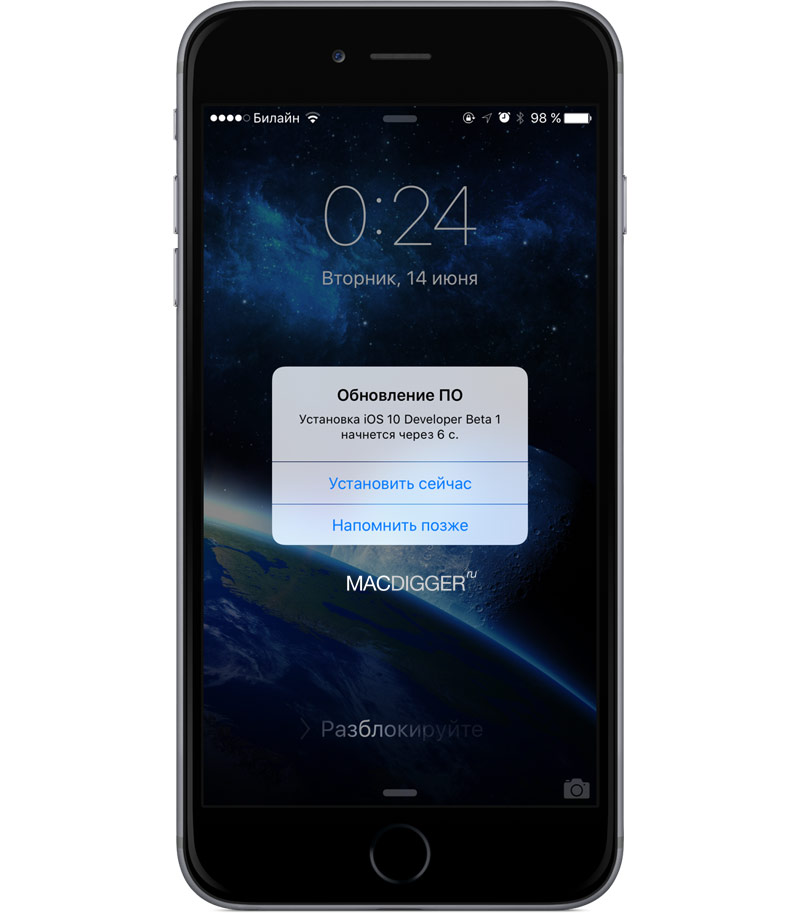