How to record phone call on iPhone without jailbreak 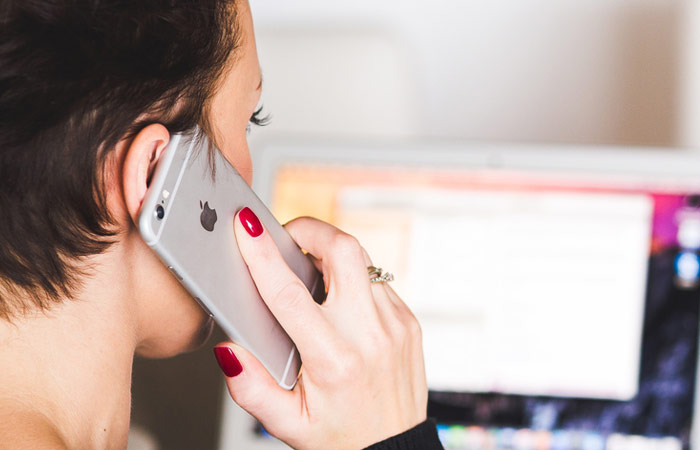 App called TapeACall is positioned as one of the most affordable and cheap solutions for recording telephone conversations on iOS. In the basis of the service is the technology of conferencing. To record a conversation you must open the app, call for service” number, and then dial the party with whom you need to contact, and merge calls.

In this way you need to do with incoming calls. To record a conversation on iPhone must answer the call, and then open the app TapeACall and press the record button. The app will automatically dial “service” number, and users will only click on the button to create a conference call. 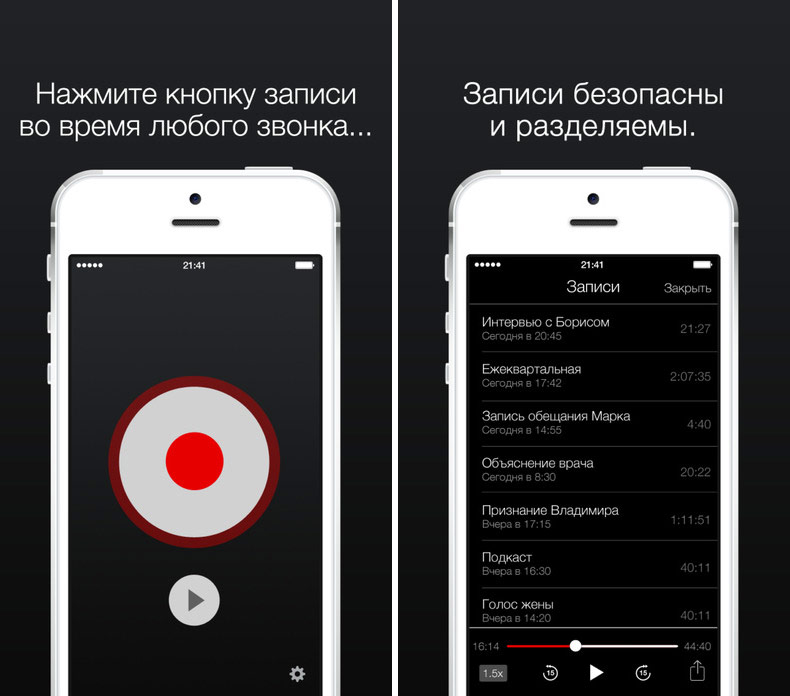 Use TapeACall is quite simple, but you should consider some nuances. In particular, calls to service numbers which allows you to record conversations, charged the mobile operator. To reduce the cost of the creators of the service has opened dozens of “service” numbers. At least one of them, in every country in which TapeACall is available (in Russia, the authors have launched several of these rooms).

Also, the developers noted that in some cases users may experience problems with merging the calls. Usually to solve them you need to wait 15 to 30 seconds, after which the button to create the conference call will become active. In particular, on the Yota there is a delay of about 10 seconds. 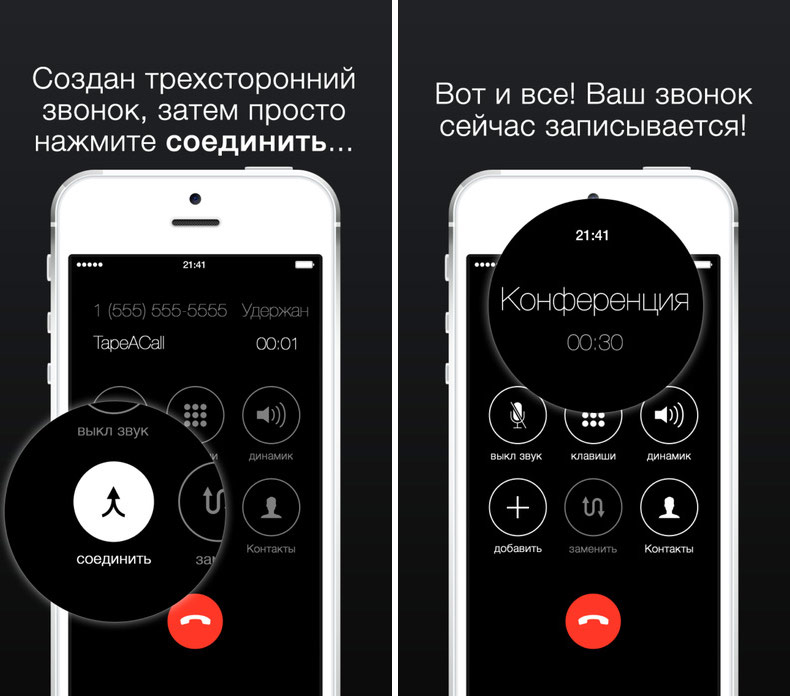 As for the records themselves, at the end of the call, it is automatically saved in the app and almost immediately, you can free to listen.

In TapeACall no hidden charges: in fact, users can use the free service for unlimited time. In this case, however, there is one limitation – the play call is just 1 minute. To gain access to the full record, users will need to purchase a subscription.

Download TapeACall in free and paid versions. The cost of the latter is 749 rubles.