How to solve 10 problems that appears in Windows 10, after “Anniversary update”

In the beginning of the month Windows 10 suffered a major, possibly the largest of all the update, dubbed the Anniversary Update. It has not yet sunk to all users of this OS, but, as noted Delfi, the end of the month, likely all there will be.” Online resources around the world are criticizing the update, talk about its features and the disadvantages. And users complain about bugs and issues that have plagued them after installation Anniversary Update. 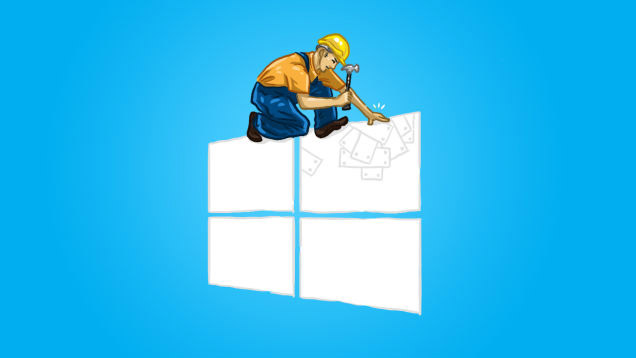 Although final Assembly “anniversary update” the developers have tried to eliminate all kinds of errors and make the system fully ready for use, the operating system has problems.

1. Application again pinned to the taskbar

Although Microsoft vowed that for the user when installing the updates will not change anything, it is in this case lying. One of the changes — voluntarily return to the taskbar icons for some applications, in particular Microsoft Edge, File Explorer and Windows Store. If you don’t need, click them, right-click and select “Unpin from Taskbar”.

And while we’re here — you may have noticed the appearance of the new icons with the pen. This ink Windows Ink. If you don’t need this feature, right-click on an empty space on the taskbar and uncheck the option “Show Windows Ink Workspace button”.

The symptoms of the ailments of Windows 10 shows after almost every major update, so we conclude: Microsoft is doing it intentionally. In any case, if you install Anniversary Update music OS is that you can listen to Groove Music, go to settings and then to System > Default Apps and change to good old WinAmp, VLC or the new-fangled whatever it is you’re using. And so for all file types that Windows 10 “paddled” by itself.

3. New is the start menu

Windows 10 is not shy to show “featured” app in the OS and if you don’t like it, go to settings, and then Personalization > Start and turn off “show suggestions Occasionally on Start”.

Microsoft was faced with a stream of angry reviews from users who found that after installing Windows 10 Anniversary Update of their web camera is not functioning.

In the latest update of Windows dropped support for the two major video codecs ― H. 264 and MJPEG. The decision the company took to prevent problems with the performance of some applications in the operating system. Now millions of Windows users found that their webcam even hang out in Skype, owned by Microsoft.

The developers have promised to fix the bug in September, but this only applies to MJPEG format. Normal web cameras using the H. 264 standard, will have to wait longer. Luckily, users have found a way to remedy the situation: it is necessary to make changes in the Windows registry. Open Regedit and navigate to the following path:

Select New > DWORD (32-bit) Value. Name it EnableFrameServerMode and set the value equal to “0”. Then restart the computer.

Even if you already is Skype, after you install this update, you will have another Skype “better”. It’s called Skype Preview and if you are logged in under their Windows 10 Microsoft account, you suddenly find that you already have this new “Skype”.

Fortunately, if the “Start” to find the application icon and click on it right click, select “Uninstall” and get rid of the Skype Preview. If the program sorry, you can download it, in the lower left corner to find user icon to click on it and choose “Sign Out”.

A small number of users after installation Anniversary Update began to disappear partitions on hard drives. Everything about this must know standard user data did not disappear and will not disappear, unless you make sudden movements. They are not deleted, but merely hidden due to the fact that the OS messed up.

To solve the problem have to use special software like EaseUS Partition Master or AOMEI Partition Assistant and use the option of restore partition.

7. Windows 10 is not activated and became a pirate

If after you upgrade to Windows 10 demanded activation started to swear at the fact that you might have a malicious pirate, no need to panic: you just need to wait. In 99% of cases the problem is simply that the activation servers are stored under load, because the OS already used by hundreds of millions of people. Just try to activate itself the next day.

8. Lock screen re-enabled and not disabled

Three weeks ago, Windows 10 users can get rid of the lock screen using clever settings in Group Policy. But the Anniversary Update broke this feature.

Security level set to Disallowed and click OK. That’s all. Just add that Group Policy is only in Windows 10 Pro, however, if desired, the option can be found in the Home version. Google’s help.

9. Cortana does not turn off

To update this voice assistant is easily turned off, but now… now Microsoft wants to know everything about you. If you don’t like it, will have to work with the registry Windows 10. Note that this option is traditionally only intended for people who know what they are doing.

Open Regedit and navigate to the following path:

Right-click on the Windows Search folder and select New > DWORD (32-bit) Value. Name it AllowCortana and set the value equal to “0”. Then reboot the machine.

10. Unreadable font of the clock in the taskbar

Some users after upgrading to Windows 10 the color of the clock in the corner of the task bar suddenly changed to black, which made it unreadable. The solution will again require a fine setting in Group Policy.