One of the easiest ways to know whether a Mac is a hardware problem is to run “function test Apple hardware Diagnostics or Apple. Yes, most users of Apple technology do not encounter any malfunctions, but problems sometimes occur: damage of the drive, memory failure, unstable operation of the graphics or the motherboard. Found a lot of different defects of the hardware. 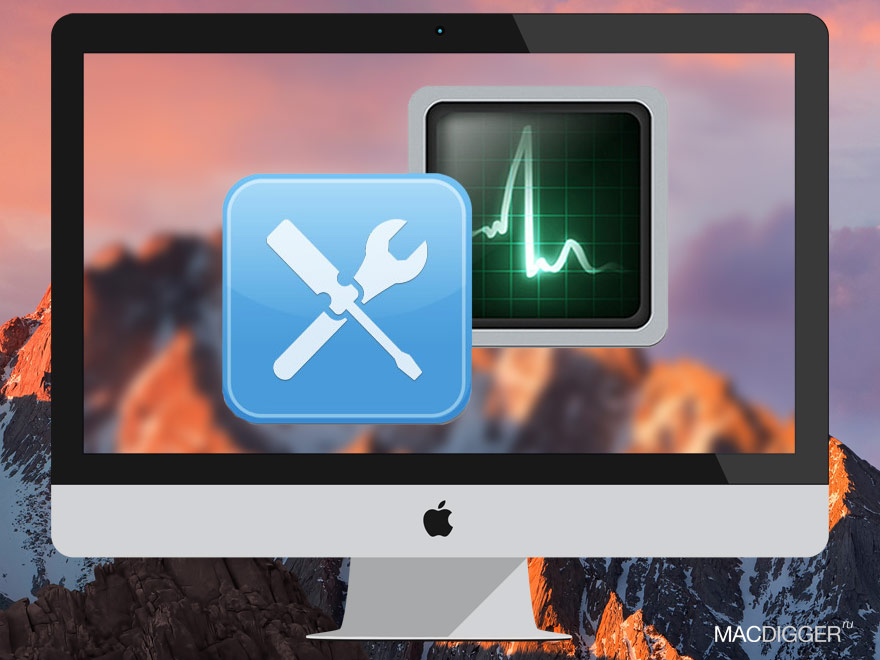 Programs differ, but the functionality they have one and the same. Testing equipment is the same on all Apple computers, whether it be iMac, MacBook, MacBook Pro, MacBook Air, Mac mini or Mac Pro, the version of the operating system is also irrelevant.

How to run hardware diagnostics Mac:

Step 1: connect your Mac to a power source.

Step 2: Disconnect all external devices except the display, keyboard and mouse.

Step 3: power Off the Mac and press the power button to turn on the computer.

Step 4: Press and hold on the keyboard “D” key before the gray screen appears download*.

Keep holding D until you see the progress bar instead of the usual loading screen.

The diagnostic tool will alert you about the found faults.

*If you have problems downloading Apple Diagnostics, press Option + D to load a test via the Internet.

If the test process has detected a fault, record the error code and others listed on the monitor details. This will help you when contacting technical support. For Mac with Apple Diagnostics on the website support.apple.com there is a reference error codes.

The following example shows that the “Functional test Apple hardware has detected a problem with the SATA interface and gave the error code “4HDD NVR /11/40000000: SATA(0,0)”. This means a hard disk failure. 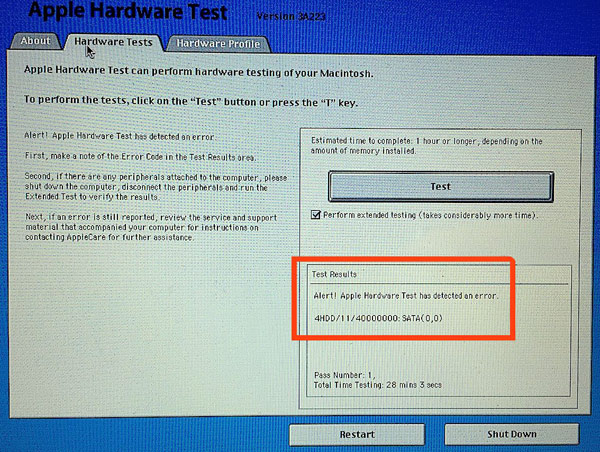 If you have any problem with Mac, and the warranty period has not expired, you should contact the official Apple representative. Some errors can be fixed independently replacing RAM or hard drive, but if a case of warranty, do not worry, as a certified service center, Apple is obliged to perform a free computer repair.

If the warranty has expired, you can try yourself to fix the problem, but this method is only suitable for technically-savvy users.

To distinguish hardware failure from a software is very simple. The problem with damaged equipment cannot be fixed by reinstalling the operating system, while the problem with, most likely, will leave. Also you should bear in mind that some software itself is not working properly and such problems occur only when using a specific application.