It is expected that in 2017 Apple will unveil a new flagship smartphone iPhone 8 c screen in the entire front panel. Increasing the area of the display, the smartphone will be achieved partly by eliminating the physical Home button located under the screen. 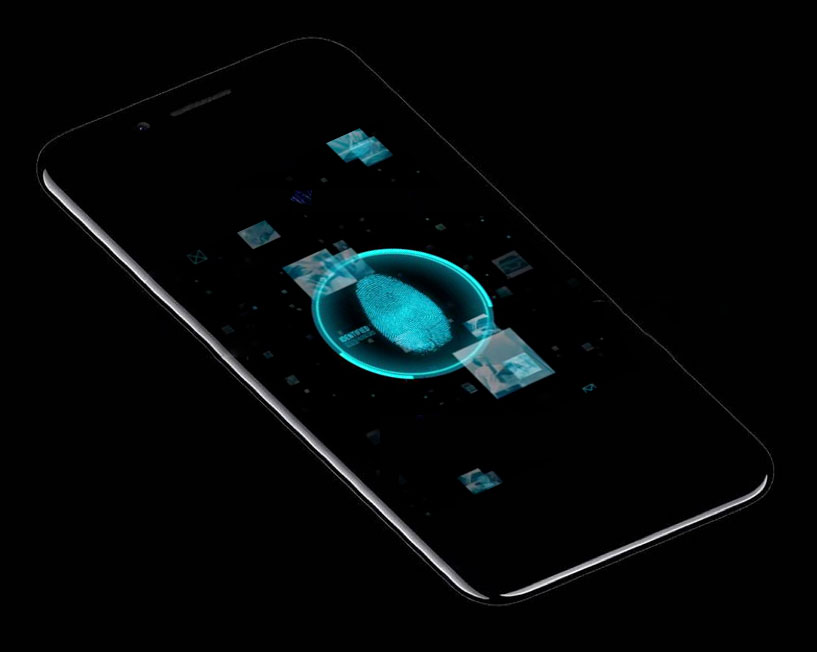 In Cupertino plan to use the smartphone flexible OLED display. The button “Home” will become virtual, and the fingerprint scanner will be placed under glass. Manufacturer Synaptics introduced the world’s first optical fingerprint scanner, which allows high-resolution scanning through a layer of glass, whereby it becomes possible to design a smartphone without physical buttons.

FS9100 optical scanner capable of reading fingerprints under a layer of glass or ceramics with a thickness of 1 mm. Thus, innovative sensors are not embedded in the display, they “are intended for placing under a glass cover, including with the effect of 2.5 D, in the lower part of the front panel of the device.”

Optical technology makes it possible to read fingerprints on the wet glass, in addition, it is optimal for mobile applications, as it provides a very thin form factor biometric system and minimal power consumption.

In the future, Synaptics plans to introduce a solution which will integrate directly into the screen. The sensor can be moved within the display range, and to use the photodiodes as a light source for optical scanning. The end result will be a constant checking of fingerprints during use of the device, which will take place in the background invisibly to the user.

Therefore, the iPhone 8 will keep a small space under the display, which is covered with glass and used to embed the fingerprint scanner. If only Apple will fail to develop by the time a new standard that is placed directly in the display.