i-FlashDrive flash drive for your iPad and iPhone

As you know, one of the most problematic areas, i-equipment – a fixed amount of internal memory. Fixed – and forever ending, because to give another five to seven thousand for an additional 16 gigabytes have been strangled toad. So we have to fight for every spare megabyte: send pictures to the cloud, to expose the application of rigid rotation; about the storage of video and not a speech. How not to look envious eyes in the direction of Android users that such problems are often deprived ? It would seem that way, but no, the solution is – you can buy an external flash memory drive. Yes, there are such things. 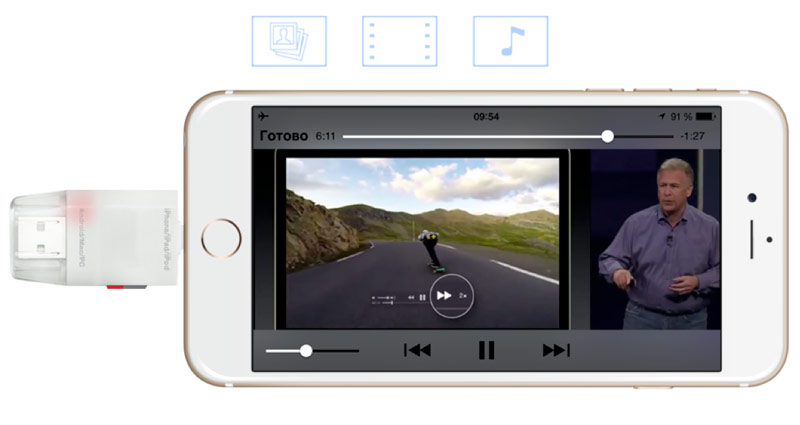 So. The device is called the i-FlashDrive is a small unit the size of a car key (with the alarm). On the one hand the i-FlashDrive lighting connector, with the other USB input. It’s pretty simple: you connect the device to any computer, take off with him on a “memory stick” movies, videos and books on knitting, after which the machine out. Put on cap, turn and connect to an iPhone or iPad. Agree on a specific device work with the internal system, and all – you can use the i-FlashDrive as the “stick.” In fact, you are now done, what suffered all the criticism is still the first version of the iPad – held USB input. But in another way.

In the opposite direction all works too – you need, say, extract pictures from phone to laptop. The usual methods you chose to ignore – anything can happen – and used the i-FlashDrive: threw back the data, and then exported them into the computer. 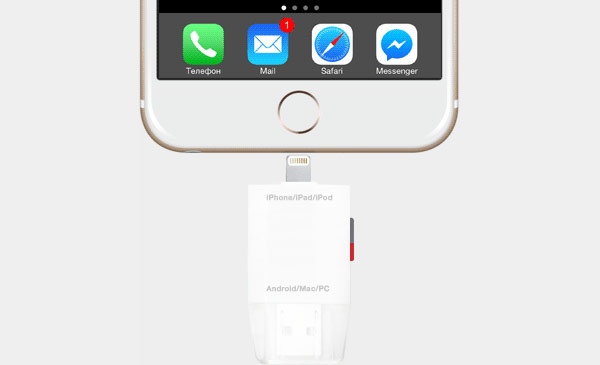 But the i-FlashDrive is not just an adapter between the computer and the phone. The device can store videos, music and any files. For example, if you are going on a long trip, you do not have to bring the laptop to open these files: you can see the “Apple” gadget . So simply you can pass information between the two devices: for example, a friend asked me to throw to him on the phone video or photo. 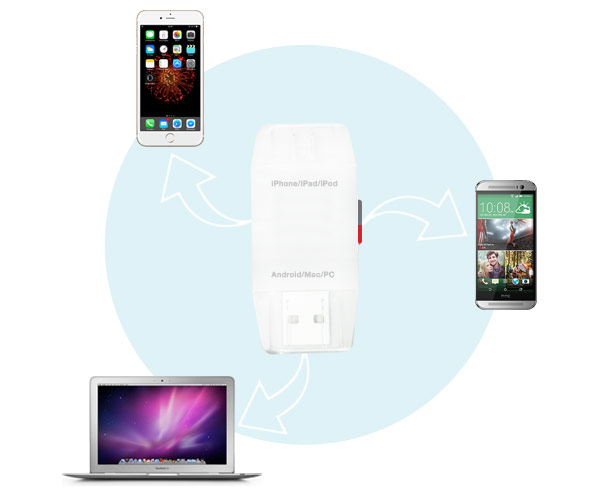 By itself, the i-FlashDrive owns 32 GB of internal memory, but the volume can be easily expanded through micro-SD slot is. In addition, the device works perfectly not only with i-devices, but phones (and tablets) based on Android – it’s no secret that some manufacturers have adopted the successful experience of Apple’s mark-up on the phone due to the additional gigabytes. Now you can fix this deficiency.

However, please note that not all flash cards of this genre are equally useful – in the Internet selling and low quality products of unknown sample, which simply will not work. So be careful – take only proven stores. 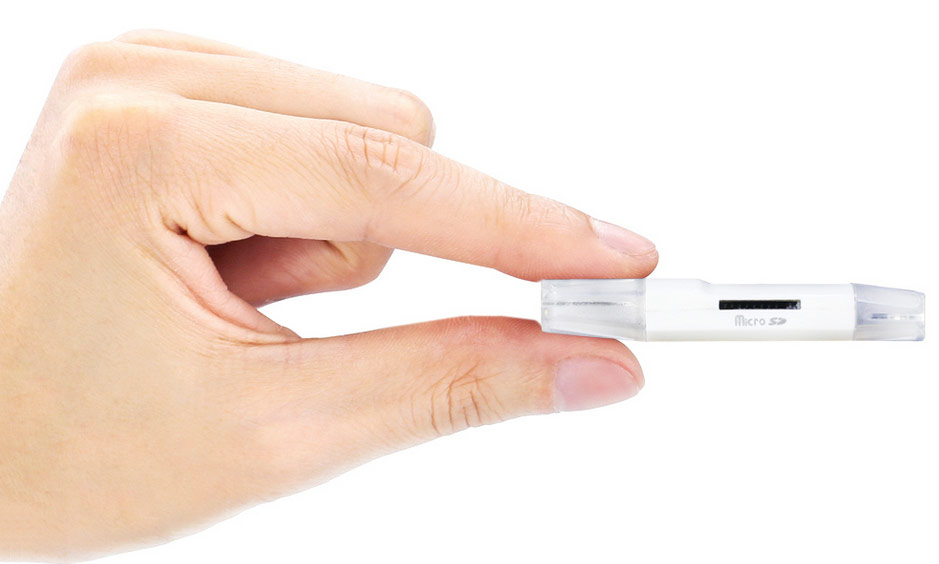 By the way, about the purchase. On the website iflash-device.ru such a device will cost 2 990 rubles for the version in 32 GB and 3 990 for the version of 64 GB (plus free shipping). Given that now (thank dollar) conventional “flash drive” is slightly cheaper – the prices are quite reasonable.