IDC: Android now holds more than 85% of the market share of iOS decreased to 14.3%

The results of a recent study conducted by analysts IDC suggest that Android operating system continues to maintain a dominant position in the market. 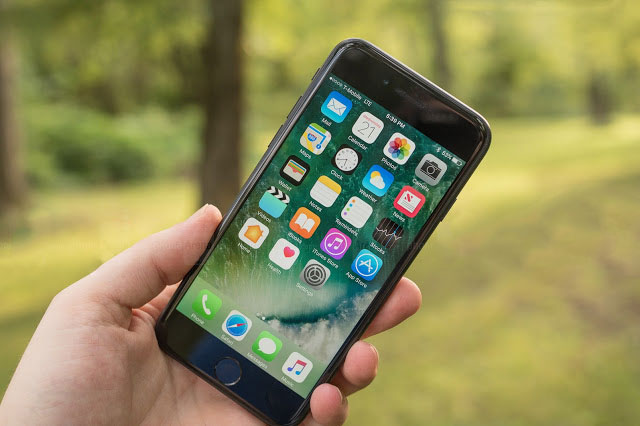 The results show that at the end of this year, iOS is 14.3%, at an annual rate below 11%. At the same time, analysts suggest that the share of Android for the year will reach 85%, an increase of 5.2%.

“For anybody not a secret that the Android operating system has been and will remain the main platform for most smartphones in the foreseeable future,” said IDC.

Windows Phone, things are really bad. The share of the nearest rival iOS is only 0.4%, a record decline of 79%.

No comforting predictions about the future operating system from Microsoft. According to market observers in 2020 Google and Apple will control almost the entire global smartphone market – was 85.6% for Android and 14.2% for iOS, and the share of Windows Phone will not exceed 1%. Will not be able to withstand the onslaught of giants and alternative solutions, which occupies today a meager 0.3%, but by 2020 they will be able to increase its presence up to 1%. 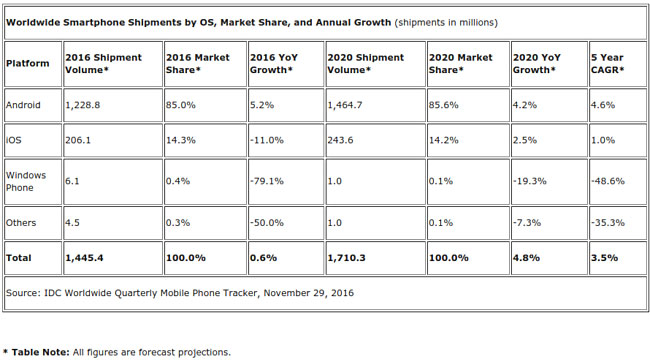 “All the signs indicate that 2016 will be the first year the reduction in iPhone shipments. In any case, this does not mean the end of the world for Apple, as it is difficult to believe that the company in 2017 is not preparing something new,” said analysts.