IDC: shipments of Apple Watch in the second quarter fell by 56.7% on the back of sales growth of the wearable device 26.1%

Sales of “smart” watches Apple Watch decline amid growing demand for a more simple wearable gadgets, reports the Thd with reference to the report of the analytical company IDC. In the second quarter of 2016 delivery of the Apple Watch fell by 56.7% compared to the quarter a year earlier, decelerating to 1.6 million devices. 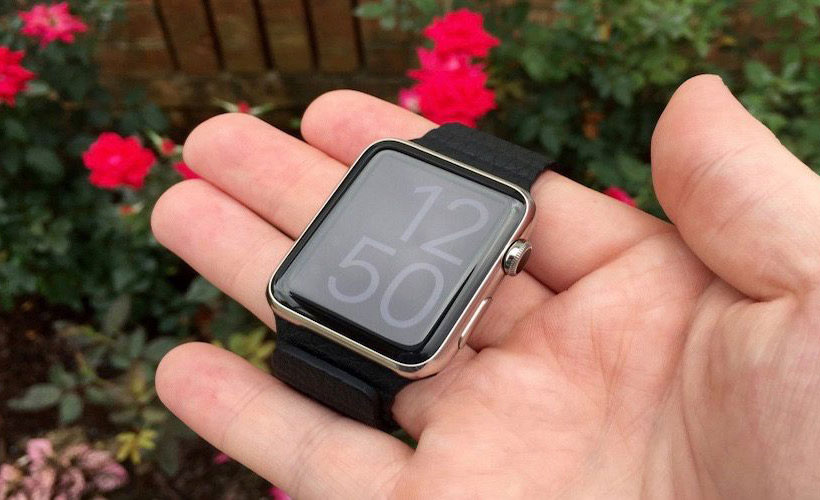 During this same time, the market-leading wearable electronics company Fitbit managed to increase its shipments by 28.7% to 5.7 million gadgets, and going to the second Xiaomi has marked a 2.5% increase in deliveries to 3.1 million devices being able to get around the Apple who had to settle for third place in the ranking.

The result is Fitbit received 25.4% of the market of wearable electronics in the second quarter, Xiaomi — 14%, while Apple’s share fell from 20.3% to 7%. But the greatest success in the second quarter were able to achieve, Garmin, shipments of wearable gadgets which grew by 106.7% compared to 1.6 million units. And now she’s running third behind Apple only 0.1 PPT And the five of leaders closes the company Lifesense 1 million shipped devices. 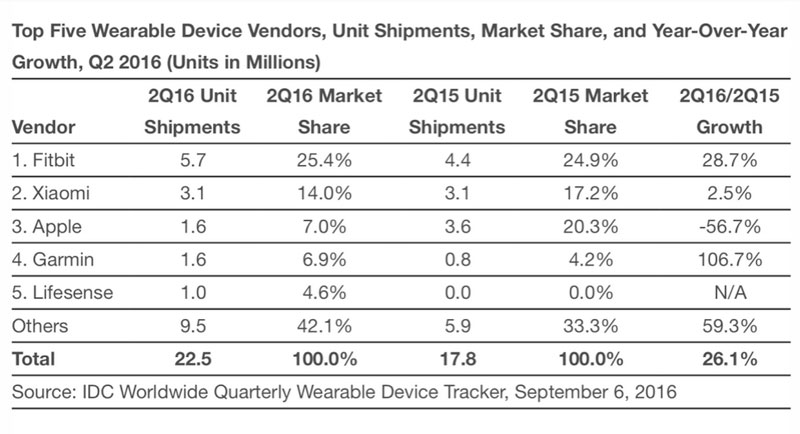 At the same time, IDC explained that the success of Apple’s competitors because they mainly focus on a much more cheap and simple fitness trackers, while Apple Watch is quite expensive “smart” watches. And the last is quite difficult to compete with the more popular wearable gadgets. In addition, Apple has not released a new model of the Apple Watch in a year after the release of the original device.

The second generation Apple Watch may be announced Wednesday at a special conference. Rumors talking about the possibility of the presentation of two models of the Apple Watch 2. And in addition absolutely new gadget with a GPS chip and barometer for enhanced location the market will be a slightly improved version of today’s Apple Watch with faster than its predecessor, a processor built on 16-nanometer process technology TSMC, and housing with improved protection from water.