IKEA had to abandon statements, according to which Apple’s HomeKit will be able to manage a “smart” light bulbs and related accessories Tradfri. 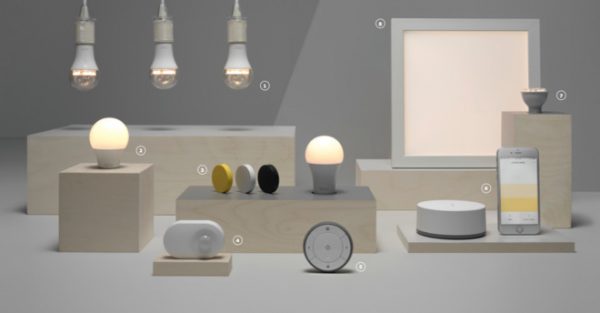 12 October 2017, IKEA has offered developers Tradfri to support the Apple HomeKit, Amazon and Alexa. When the company ran into some technical difficulties at the moment trying to find a solution to the problem. So while the support control by smart assistants had to be abandoned.

In August, IKEA has already announced Apple HomeKit compatibility and system “smart” lighting, but retracted his statement a few hours. System Tradfri includes bulbs, control units and motion sensors. Until now, the only external controller that is compatible with Tradfri is Philips Hue.

In the case of successful integration, Tradfri will be one of the cheapest options for lighting control for HomeKit. For example, a set of “Gateway” consisting of a hub, two light bulbs and a remote control, will cost about $ 80. Additional bulbs can be purchased at a price from 8 to 20 dollars. It is considerably cheaper than similar offerings from Philips and LIFX, the only advantage of which is the ability to customize the lighting color.

With the help of Apple HomeKit, Siri, watchOS and iOS app Home, you can control various “smart” gadgets in the house. This allows you to set up different lighting scenarios and the operation of smart devices depending on the time of day, occupancy or other conditions.