Import substitution OS: it became known how much the Russian GosLinux

Development, implementation and maintenance of the operating system GosLinux, as well as training of administrators has cost the Federal bailiff service in RUB 21 million for three years. Counterparts from Microsoft or Apple, as assessed in the Agency, would be worth ten times more expensive. 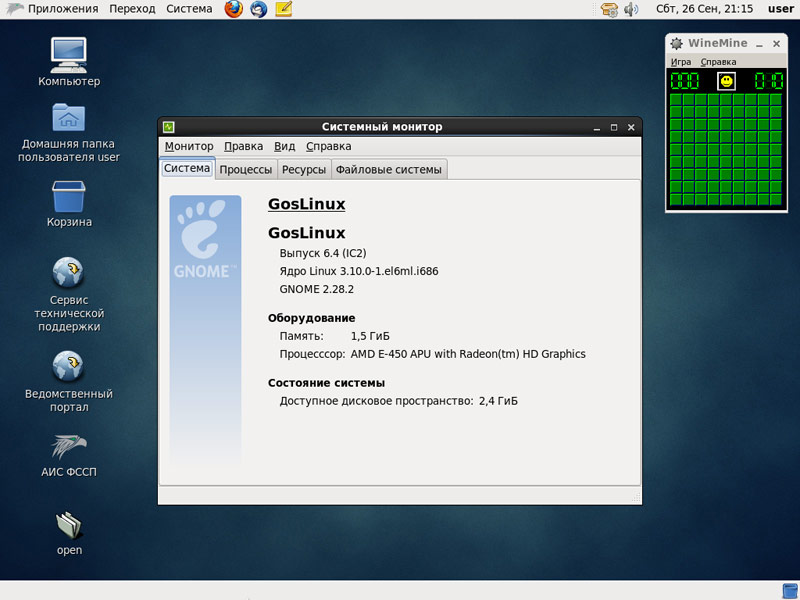 As found in Cnews, development, implementation and support of OS open source GosLinux in the divisions of the Federal bailiff service (FSSP) in 2013-2015 is cumulatively cost the Department in 19 of 155 million rubles. Another 2 million rubles were spent for training of administrators (two from each of the territorial body of Service). As a result, the unit cost of one equipped versions of the operating system now is 1500 rubles.

The first of the above amounts also include the cost of certification, the revision and the implementation of three inspection controls. As for implementation, it affected six territorial bodies of the Ministry.

“At the moment GosLinux set to 16 000 jobs and 660 servers service, — said the Deputy Director of the Federal bailiff service Tatiana Ignatieva. — By the end of the year due to the fact that we have set ourselves the task not only in the form of declarations and targets, but also recorded the decision at our annual Board meeting, we intend to increase the implementation rate to 50%, thus reducing the unit cost of one version with approximately 800 rubles”. 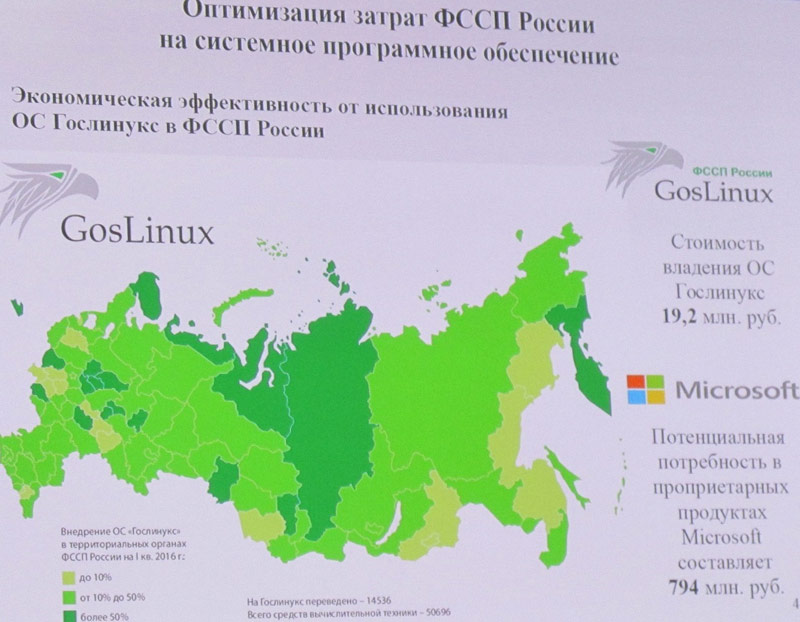 GosLinux — a specially crafted Linux distribution with integrated security information. Its development was carried out during 2013 on the basis of CentOS 6.4, which is in turn based on commercial Red Hat Enterprise Linux distribution. The distribution is developed by the company “Red soft”, won in March 2013 in the competition for the revision, implementation and maintenance of subsystems of the AIS Federal bailiff service. The amount of the contract amounted to 118,15 million rubles.

In his report, the Ignatieff led the assessment of the cost of acquiring and using certified distributions proprietary OS and office software to the needs of the FSSP for example, Microsoft products. According to official partners of the company, it would have amounted to 794 million rubles, said Ignatieff. Calculated the cost of a perpetual license for Windows 8.1 professional + Microsoft Office Standart 2013 RUS OLP With the Gov for the entire amount of workstations + package certification to each facility (2500 objects) + license for Windows Server Standard 2012R2 OLP A Gov 2Proc for 2500 servers with packages certification.

In the Russian office of Microsoft has refused to comment on the given Tatiana Ignatieva the implementation cost estimate FOR Microsoft.