In a new ranking of the most powerful smartphones on the version of AnTuTu iPhone 6s dropped to 8th place, iPhone SE – 10-e

Developers of the popular benchmark AnTuTu, designed to assess the performance of the smartphone, presented the updated ranking of the fastest mobile devices, composed by the end of July this year. The list includes 10 models with the highest score in the test. 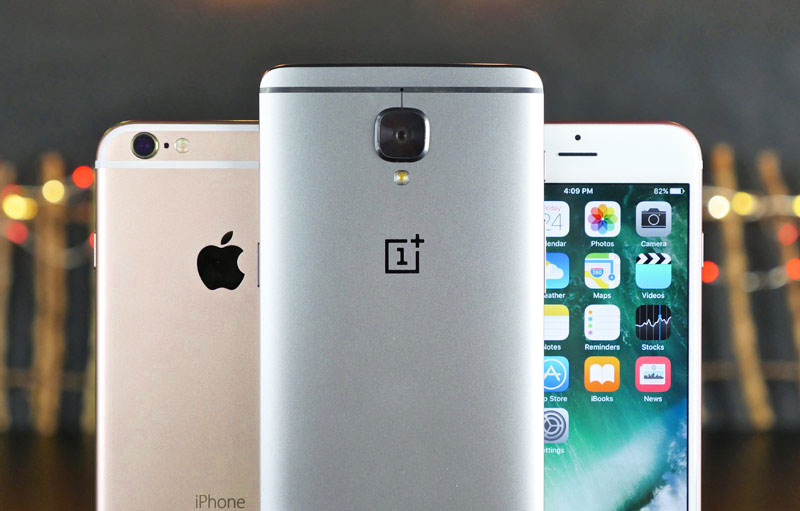 List of devices has undergone minor changes compared with the rating submitted in June of this year, while both Apple dropped to the line below. First place in the ranking took smartphone One Plus 3, presented in mid-June. This unit is the developers call a “killer flagships”. The leader of the may ratings Vivo Xplay 5 Elite took second place. Quite a bit of it is behind the camera LeEco Max 2, submitted in April.

Received recently in the sale of the flagship nubia Z11 for the first time included in the ranking and immediately took fourth place with a score of nearly 138, 000 points. As a result, the iPhone 6s dropped to the eighth place, and the 4-inch iPhone SE became a candidate for departure. 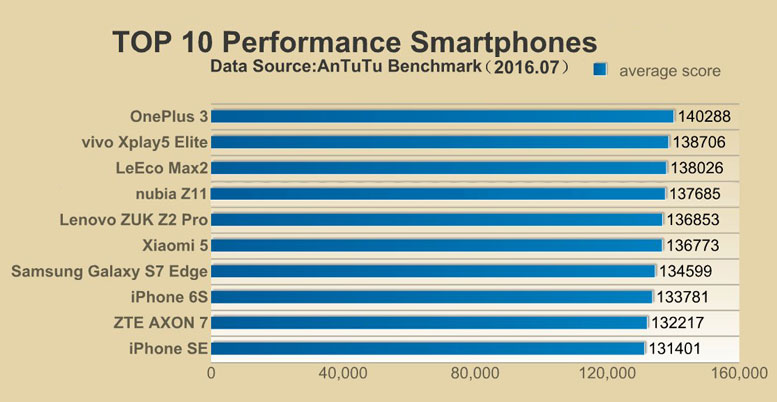 According to the test results in AnTuTu smartphones Apple earned 133 781 401 and 131 points respectively. Note that the lower resolution iPhone SE shows less points than the iPhone 6s. However, in daily use to notice a difference in speed of the devices is unlikely.