In Chernobyl the plant earned solar

For the first time after the nuclear explosion in 1986 in Chernobyl opened a plant receiving energy from the sunlight. Production is able to provide energy for the existence of up to 2000 households. 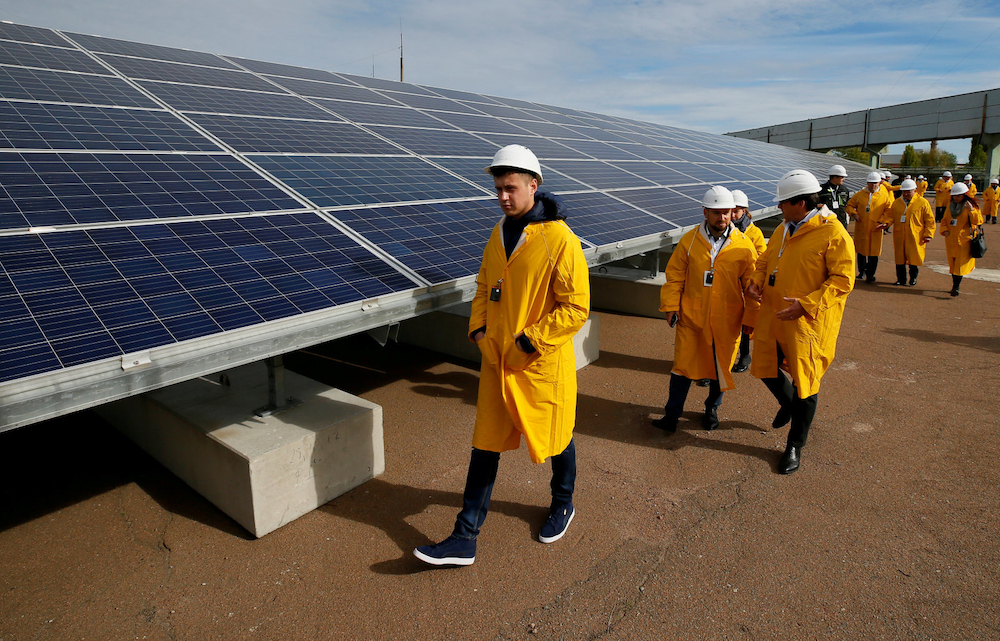 After the explosion at the Chernobyl nuclear power plant radioactive threat looms over much of Europe and the Soviet Union. Another 24 000 years the area near the explosion will be unsuitable for normal human habitation. However, this place is not in vain, and now there is a small factory for the processing of solar energy.

Despite the presence of 3,800 solar panels, the plant cannot produce the same power that gave nuclear power station, and the head of the plant Valery Seida told Reuters that these figures will never be repeated. “But now we have the possibility, while small, but still produces energy on this earth, and it’s great,” he said.

The idea for Chernobyl solar plant was proposed in 2016. Further the plan is to increase solar installation that will ultimately transform the current megawatt plant in the station on 100 megawatt. It is reported that Ukrainian officials offered investors almost 6 200 hectares of land to host solar panels.