After WWDC 2016 will be the address of Apple showered with criticism for lack of optimization for the new iOS 10 iPad Pro with a 12.9-inch screen. But now that the first test Assembly was at the developers, it became clear that the company still made a number of changes. They are not as significant as hoped, however it is a step in the right direction. 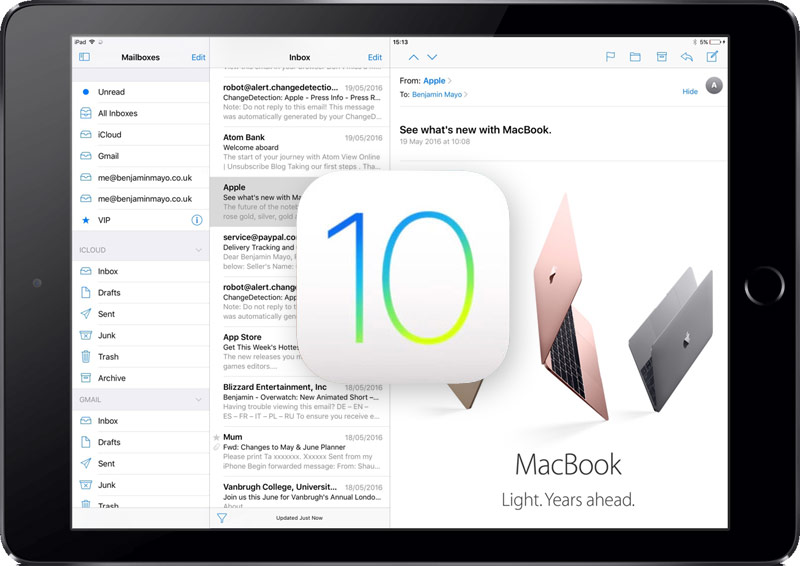 Changes in iOS 10 touched two signature Apple applications – Mail, and Notes. In particular, the update brought a 12.9-inch device new three-pane interface. In the Mail app, the left pane displays a list of user accounts and user mailboxes, Central list of electronic messages, while the right pane offers a preview of the selected messages.

A similar solution is used in the Notes. On the left is the folder list, then the list of notes and text of the selected note. Thus, the users of iOS 10 will be comfortable to switch from one mailbox or folder with notes. 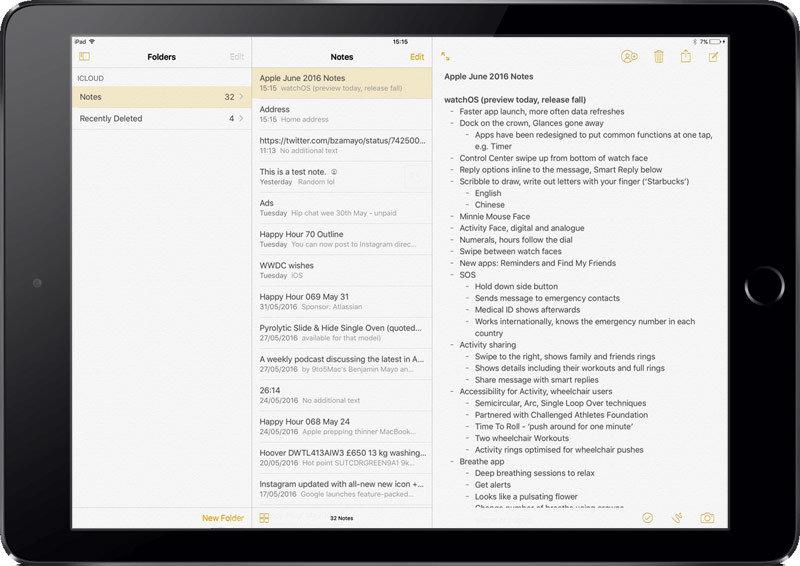 Of course, these innovations did not bring radically new that would justify the additional screen space of the iPad Pro. In some cases, the 12.9-inch device running a mobile OS looks like a real computer, but the inherent platform limitations still do not allow to consider the iPad Pro as a complete laptop replacement.

Despite the fact that the presentation emphasis was made on the iPhone, Mac and Apple Watch, Apple will continue to Refine the operating system and optimize it for the big screen. In iOS 10.0 breakthrough has not happened, but maybe in the next updates, the company will pay more attention to the 12.9-inch tablet.