Popular puzzle game for mobile Pokemon Go was subjected to a new attack information. On the website Change.org there was a petition to the FSB, entitled “to Prohibit games on the territory of the Russian Federation!”. The author is a resident of Rostov-on-don Valentina Amelina is convinced that the project is designed for surveillance of the Russians, in particular, in order to penetrate into all their homes, apartments, offices and businesses. 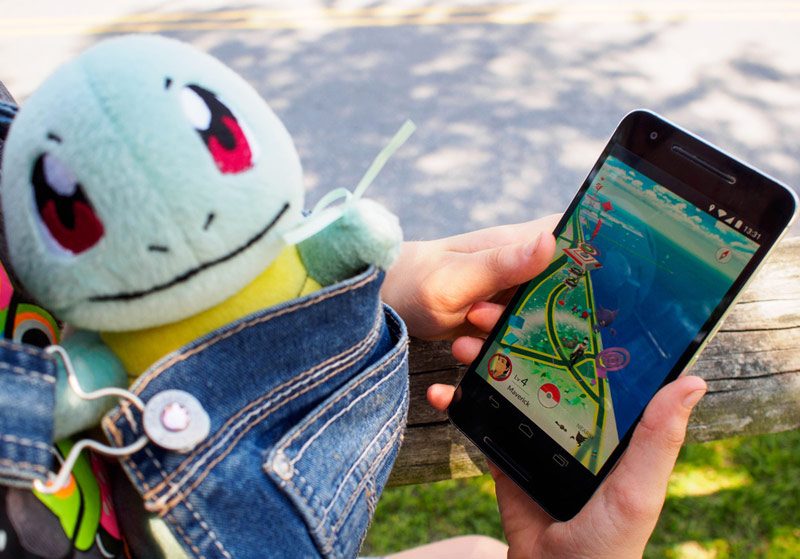 Writes Amelina, Pokemon Go developed by American company Niantic — internal startup at Google. The founder of the game is Niantic John Hank, who was involved in the creation of the Keyhole — series of American military satellites imagery intelligence.

“And now attention! Keyhole, Inc was co-sponsored by a venture capital Fund In-Q-Tel. This is the Foundation of the CIA, it is officially established in 1999… Cars-robots from Google Streets looked in all the alleys, kartografirovanie our cities, cars, faces… there was one problem. How to peek into our homes, basements, tree-lined avenues, barracks, government offices? All the same company and Niantic Labs releases genius viral toy newfangled virtual reality technology. Once you download the app and give it the appropriate privileges (access to camera, microphone, gyroscope, GPS, connected devices, including USB drives, etc.), and your phone immediately vibrates, informing about the presence of the first three pokémon! The first three always appear immediately and are nearby,” — says Valentina Amelina.

In confirmation of the words it gives information about the conditions of the offer. In particular, paragraph 6: “Our program does not have the ability to query your browser “Do not track” — “don’t follow me.” In other words, I have followed and will follow” — concludes Amelina.

Her initiative is supported by other users in the Network, claiming that the launch of Pokemon Go is not only a surveillance but also an attempt to “mental debilitation of the population of Russia and the extermination of the nation.” 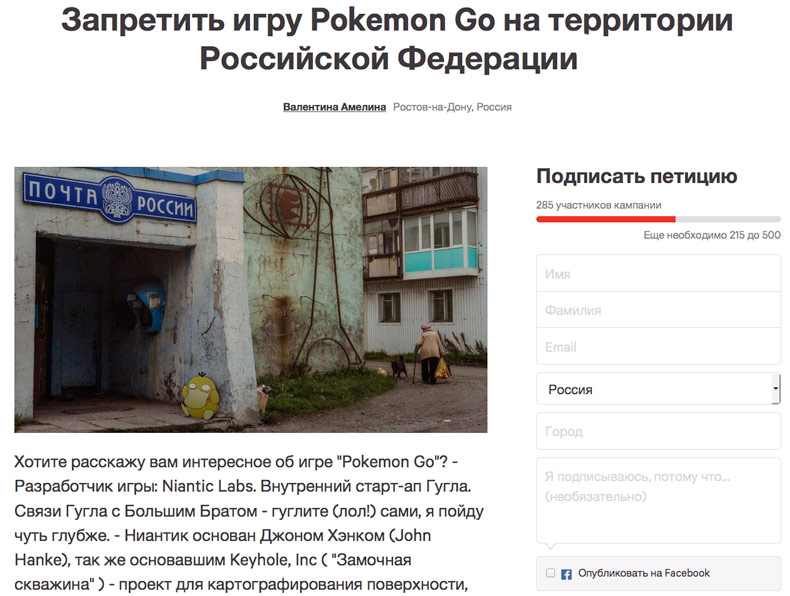 It should be noted that for the six days of the petition it was signed by 240 people. Smile is the fact that the petition is addressed to Federal security service. What does the FSB for the game, which officially has not yet been launched in Russia?

Recall that Pokemon Go available for download on iOS and Android in the US, Australia and New Zealand on 6 July and, two days later — in Europe. The essence of the game is to find and train the pokemon, who will then fight the pokemon of other players.

The application has become popular in a matter of days: all over the world it has been downloaded over 75 million times. In Russia, however, the exact release date of the game still to be announced.