“The messenger” announced the start of official sales in Russia smartphone “Chinese Apple”. In the assortment of retailer a popular model Xiaomi Redmi 2, Redmi note and 3 Redmi Note 3. 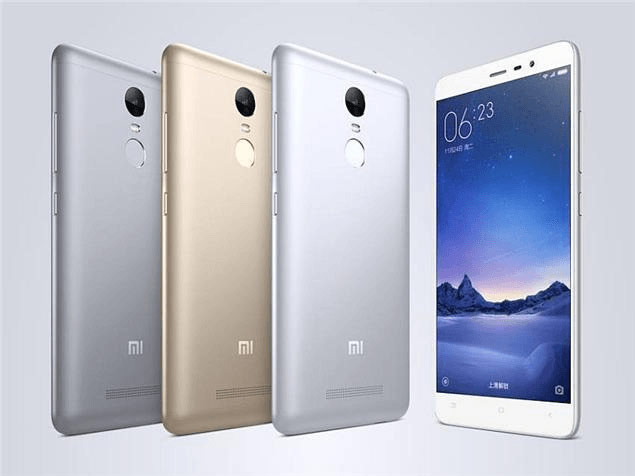 June 3 “the Messenger” has opened pre-orders for all the inhabitants of Russia on smartphones Xiaomi Redmi 2, Redmi Xiaomi 3 and Xiaomi Redmi Note 3. New items will appear in retail stores and the online store “Svyaznoy” in June. All models are available with localized software and documentation in Russian. The device will operate official guarantee Xiaomi, says the company.

Xiaomi Redmi 2 is one of the most affordable smartphones Xiaomi. The cost of the gadget in the “Connected” will be 9 990 rubles, it will be presented in the black color scheme. Xiaomi Redmi 2 has a HD display and supports the work in the Russian LTE networks. Together with the price of the gadget makes this device one of the most in demand in Russia. For January-March 2016 in the segment of up to 10 000 has sold almost 2/3 sold in Russia smartphones, and LTE smartphones over the same period increased more than 2 times in pieces and RUB. 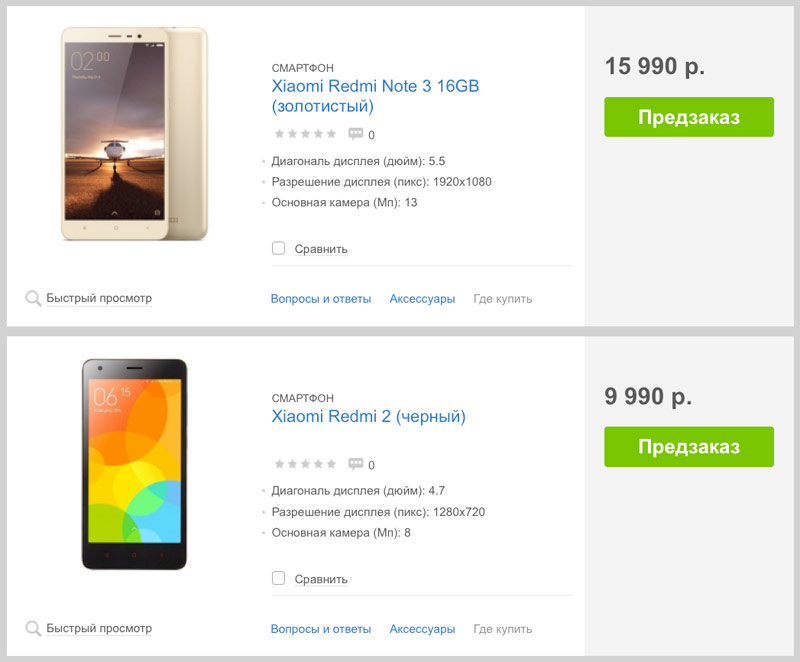 Xiaomi Redmi 3 is equipped with 8-core processor, a camera with a resolution of 13 megapixels, a battery with a volume of 4100 mAh battery and also supports work in the Russian LTE networks. Price – 14 990 rubles, buyers smartphone will be available in silver. 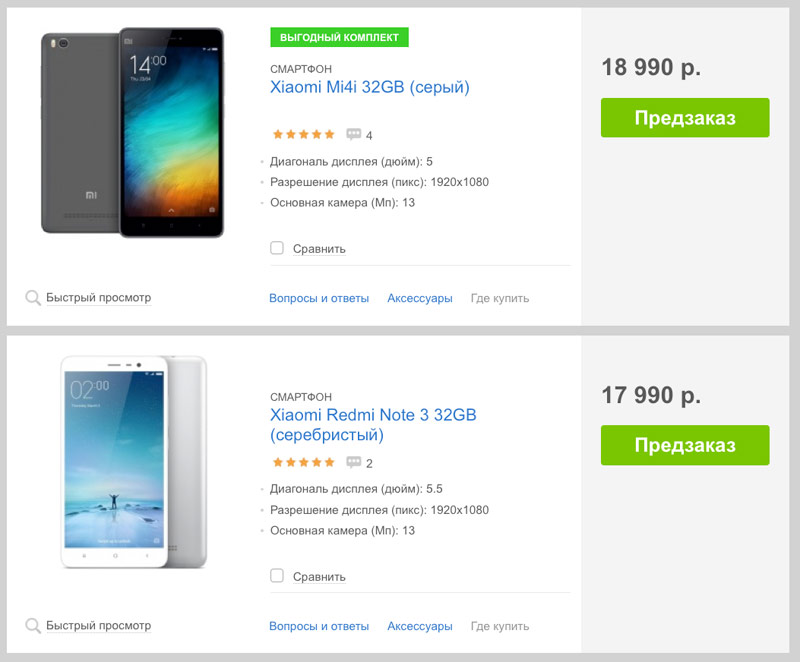 Xiaomi Redmi Note 3 at the start of sales will offer over 15 990 rubles for the version with 16 GB of memory and 17 990 rubles for the version with 32 GB of memory. Available colors — gold and silver. Redmi Note 3 has the capabilities of top devices And brands on the market: fingerprint scanner, 3 GB RAM, LTE support, and a powerful battery of 4000 mAh. The popularity of the device in Russia will also influence and form factor: Redmi Note 3 is a phablet, whose sales in Russia are growing significantly above the market of smartphones in General.

25 may “the Messenger” has opened pre-orders for Xiaomi Mi4i. According to the company, within 10 days the number of pre-orders exceeded the amount of applications for smartphones And other brands represented in Russia.