According to rumors, the next MacBook Pro will be significantly different from the current models. And code of the new operating system macOS Sierra confirms a number of major innovations in the devices. 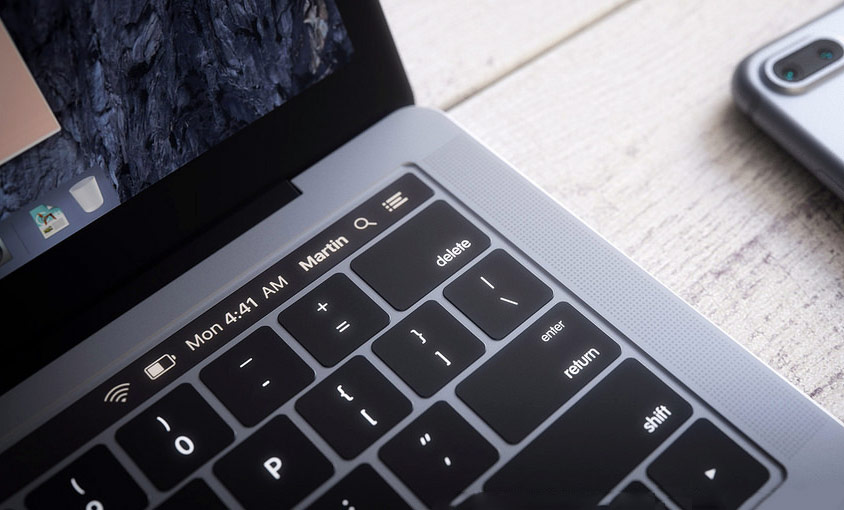 If confirmed, the new “Proshka” will be thinner and lighter. They will borrow design elements from the 12-inch MacBook and will get a fingerprint scanner and an optional touch OLED display, which will be located on a place of keys F1-F12. In addition, the new MacBook Pro promises support for universal USB-C port and Thunderbolt 3.

In the code macOS Sierra found a number of new components, including the ID kHIDUsage_LED_DoNotDisturb. The latter indicates the possibility of activating the “do Not disturb” with the touch of a button on the OLED panel.

Also in the code of the new OS there is a parameter kHIDUsage_LED, which is responsible for the function of play, rewind, pause. The appearance of this line indicates the possibility to control the player using the touch panel. Now this functionality is implemented by means of mechanical function keys.

No less interesting is the option called kHIDUsage_LED_NightMode. Behind it can hide the touch button on the mini-screen to enable Dark Mode or Night Shift.

Everything else, macOS Sierra provides guidance on the appearance of the fingerprint scanner. A similar story was with iOS 7 and we know that in the end, the release of the iPhone 5s with an integrated Home button the Touch ID sensor. The last clue hidden in the code, indicates high-speed USB data interface 3.1.

It is expected that the new MacBook Pro lineup, which will include models with a diagonal of the main screen 13 and 15 inches appear on the market in the fourth quarter of this year – by the time the final version of macOS Sierra.