The Wi-Fi network in the Moscow metro is most often used by owners of iPhone and iPad. Such data are cited by Ilya Grabowski, a spokesman of the provider “Maximalism”, which provides network coverage in the metro. 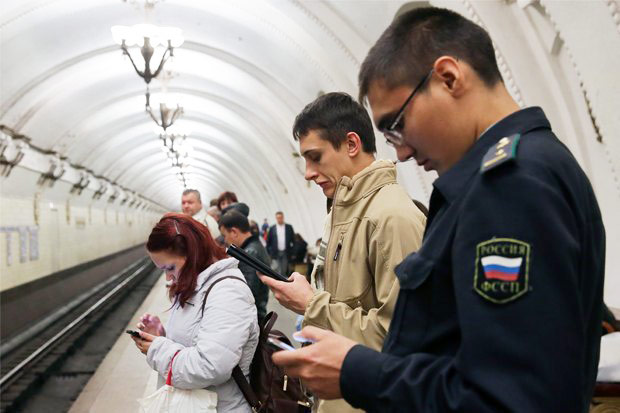 Only Apple made in April to 53.1% of users who connect to networks MosMetro_Free and Aura. In other words, every second in the Moscow subway goes to the Internet with iOS device. In second place are the device Samsung with a share of 15.2% of connections. In third place is Sony with a rate of 5.5%. Top 10 Alcatel phones of this brand are connected to the network in the metro in 1.1% of cases.

In addition, according to Grabowski, a very fast pace show, Xiaomi smartphones — in April 2015, their share was 0,08%, then a year later this figure has increased by 8 times to 0.64%. Of course, we are talking about a very small number of devices. In turn, the only company that showed a decline instead of growth, began HTC — these devices lost 1.3 percent.

Apple, though, and remained in first place, but periodically change the percentage of its presence. These changes reflect the situation on the roads: the deterioration of weather conditions users of the Apple in the subway becomes more. Most likely the part of car drivers decide to use public transport, not to stand in traffic jams due to snow.

Curiously, in April 2016 120 connections were made with devices of Vertu that does not fit in with the way owners of these devices.