In September of this year Apple will introduce a new generation of smartphones iPhone. As we approach the date of the announcement still appears more leaks. This time Chinese sources have published photos, which show the retail packaging of the new smartphone. If the images are not fake, then they confirm the rumors that the new product will be called iPhone 7 will get 256 GB maximum configuration. 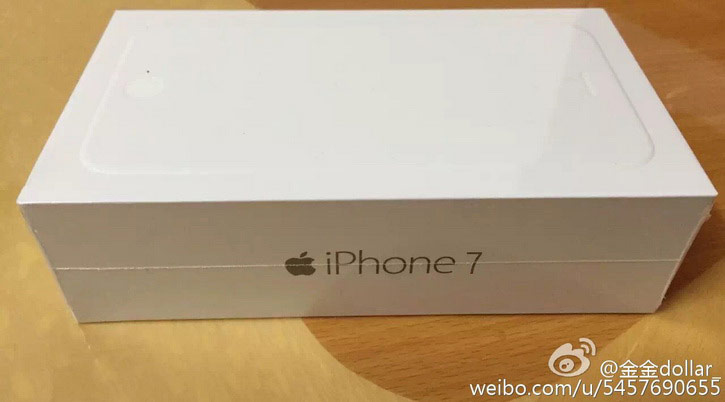 the next-generation iPhone should give Apple A10 processor, 2 or 3GB of RAM, 12-megapixel improved camera, more capacious battery and waterproof housing. Last date iPhone have a traditional volume on a flash memory 16, 64 and 128 GB. The emergence of 4K video in smartphones outlined the problem with the lack of available space on the internal drive, so the iPhone 7 will be released version with 256 GB of memory.

iPhone 7 should be the first in the line of “Apple” smartphones that will receive the drive to 256 GB, while the limit of dreams for buyers relevant today are the iPhone 6s 128 GB. 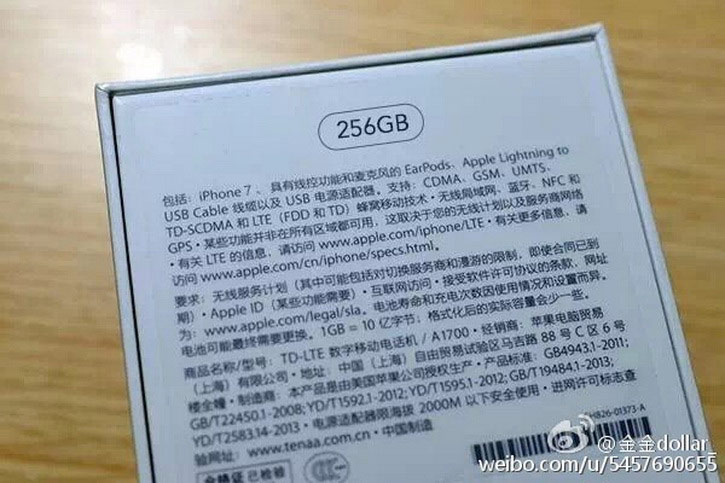 Rumors about doubling the amount of memory in the iPhone go long, but do not take this leak as a confirmation. The fact that the authenticity of the packaging is in no way confirmed and is doubtful. Although greater reliability of the author of the images even wrapped the package in the film.

What will Apple 16 GB iPhone models is still unknown. However, last month the Director of market research from IHS Technology reported that the “base” for the iPhone 7 will be increased to 32 GB of internal memory. If his information is correct, then in the next generation of Apple smartphone, the 16 GB version will be gone.