In the Network leaked screenshots of OS X 10.12 with Siri icon

Siri now available on iPhone smartphones, iPad tablets, and smart watches Apple Watch and the Apple TV, and soon it can appear even on OS X. that Apple is going to add the voice assistant to the next version of its desktop operating system, in February, reported 9to5Mac. Today there was convincing evidence of this.

In the screenshots provided MacRumors, you can see the icon of voice assistant Siri. He is depicted with the icon of the file Manager Finder is a characteristic of the animation of the virtual assistant of Apple. In addition, the corresponding button will appear in the menu bar of OS X near the clock and Spotlight icon. In the screenshots you can see a new icon labeled “Siri”. By clicking this button, the user will be able to immediately activate the assistant.

Likely, Siri will be enabled to keep constantly on the iPhone 6s. Answers Siri will be displayed in the corner of the screen in a translucent black window that in terms of interface is very much like a mobile version of the voice assistant.

A new software platform OS X 10.12 expected to debut in June at WWDC 2016. Summer to be released public beta OSes, and the full launch is to be held in October — of course, if Apple will follow its already established schedule. 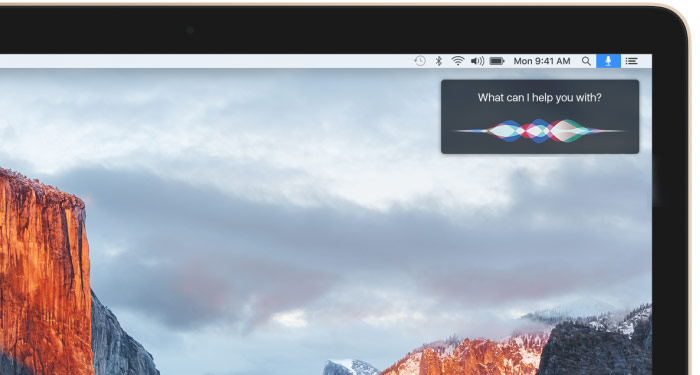 Perhaps some elements of Siri on the OS X platform has changed, however, it is reported that Apple began working on a helper for a desktop OS in 2012 — that is, a year after the launch of Siri on the iPhone 4s. Therefore, its basic concept is unlikely to change significantly.