in the test, iPhone 7 vs iPhone 6s had survived the fall from a height of 3 meters [video]

We already know that the new flagship smartphones Apple is not afraid of the water, but blows with a hammer does not stand. Run the YouTube channel EverythingApplePro have compared the iPhone 7 and iPhone 6s, dropping gadgets from various heights. Who emerged victorious from this duel? 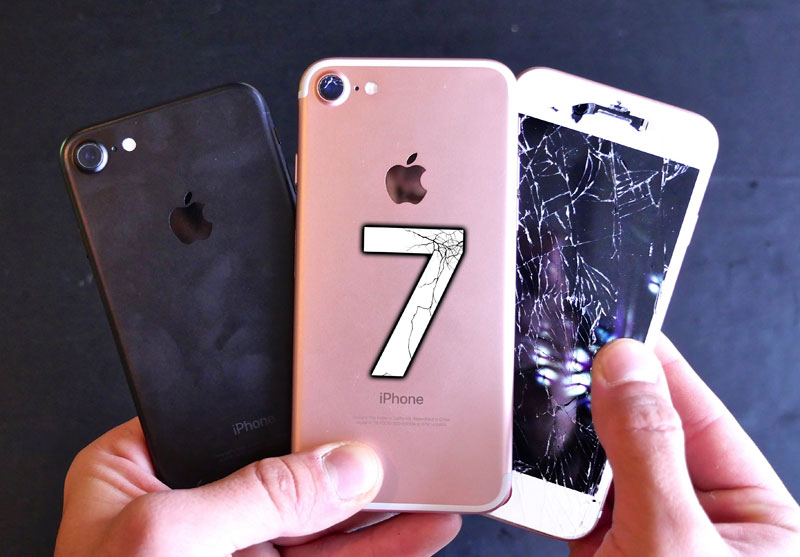 In the first experiment, the smartphones were dropped from a height of 1 m horizontal position. We have to admit that the phones often slip from the hands, and want to know in advance what is in store.

So the device is a test stand: the iPhone 7 without a single scratch, and the iPhone 6s escaped almost imperceptible dent on the corner. When smartphones dropped the screens down and back covers down, they also remained intact. While the iPhone 6s is slightly separated display panel.

The problems started when the iPhone 6s was released to a concrete floor from a height of human growth (about 1.8 m) screen down. Cracked covered a significant portion of the screen. At the same time the iPhone 7 is still intact.

Likely, the resulting damage led to a further deterioration of the iPhone 6s display when falling from a greater height. However, the glass that protects the screen crashed, the touch layer is still working.

iPhone 7 came out the winner in this test. The body and screen of the “seven” remained intact even when the device is dropped from a height of about three metres onto the concrete floor.