In the UAE started selling the iPhone 7 with a gold case and a portrait of newly elected President Donald trump. The phone is decorated with diamonds, and the cost is $150 000 (about 9 million). 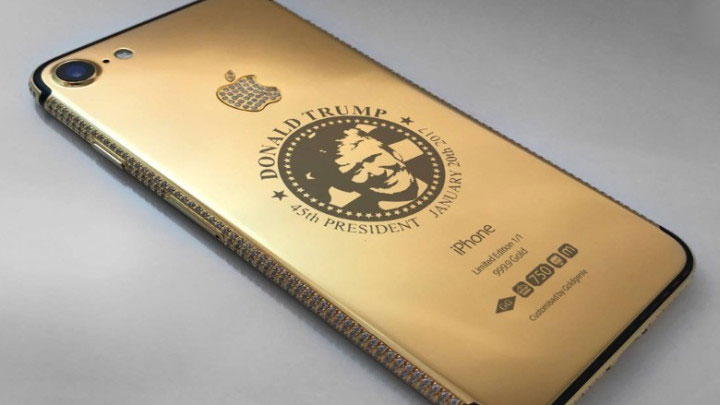 Unique model iPhone 7 for sale in Sharjah, located near Dubai, the store Goldgenie. According to administrator Frank Fernando, the idea of selling gold smartphone with a portrait of trump came to him recently after last month I went to the store the woman is Chinese and asked store employees to produce such a smartphone.

“Around the world there are rich, wealthy people, and sometimes very difficult to buy them any gift because they have everything,” said Fernando.

After the sale of the first gold iPhone 7 with trump received nine orders. 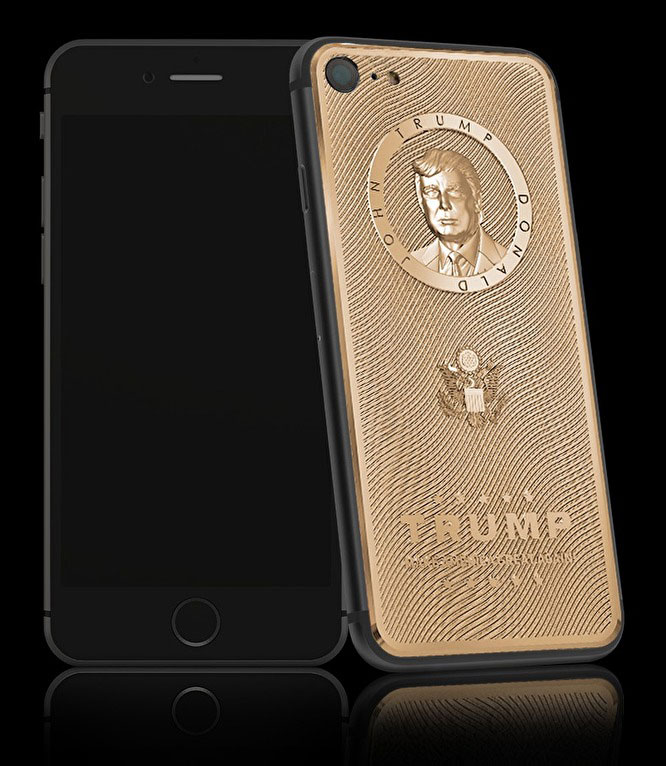 We will remind, in November of this year, Russian-Italian brand Caviar original congratulated Donald trump with victory in the presidential election, releasing an exclusive gold iPhone 7 with his portrait.

“Seven,” decorated bulk composition is coated with gold. In the case of the smartphone depicts the portrait of trump and the emblem of the United States, as well as the slogan with which the billionaire won: Make America Great Again (“let’s Make America great again”). At the official online store a similar model sold for 197 000.