Research firm Kantar has registered a decline in the share of iOS in the Apple market and the slowdown in the growth of Android. After studying statistics for the first three months of 2016 (February, March, April), experts have determined that Android continues to strengthen its position in several regions, but the trend became less pronounced. 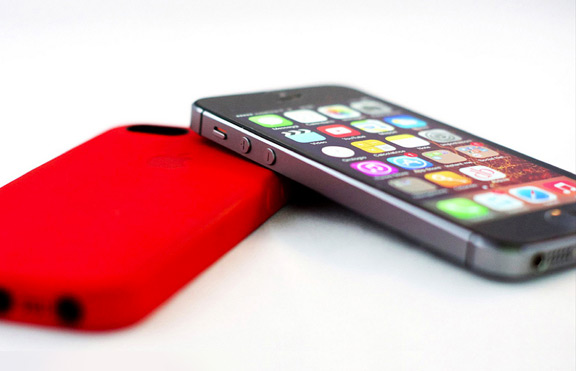 According to the presented data, in the EU5 countries (UK, Germany, France, Italy and Spain) Android occupies 76% market share against 70.2 per cent three months earlier. In the U.S., Google accounts for 67.6% of the market compared to 58.9 per cent in the last report, while in China the share of Android increased from 76.4% to 78.8%.

iOS remains the second largest operating system in the smartphone market, but its position is weakening, say Kantar. During that period, the proportion cupertinos OS in the EU5 countries was 18.3%, which is 1% less than the year-ago results. In the United States and China, the figures were at the level of 30.7% and 20.1%, indicating a decline of 2.5% and 4.4%, respectively. 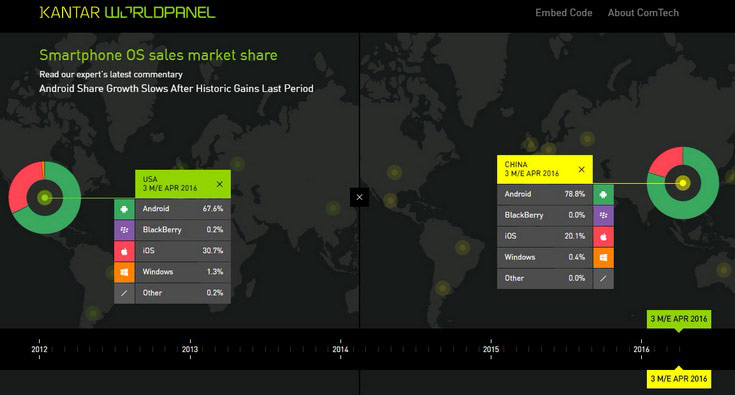 Analysts say that in China, almost a third of the buyers of Android smartphones have gained a smart device for the first time, while the share of newcomers among iPhone customers was 14%. About 10% of new Android users have switched to this OS from Windows Mobile, and Android to iOS moved about 21.8% of new users of “Apple” platform.

Kantar statistics indicates a gradual disappearance from the market of smartphone models running Windows Phone. In the U.S., this OS is now only 2.4%. On most European markets, where positions of this system has always been strong, its share does not exceed 5%. Only Italy remained a stronghold of Microsoft product — there is a OS of 12.7%.